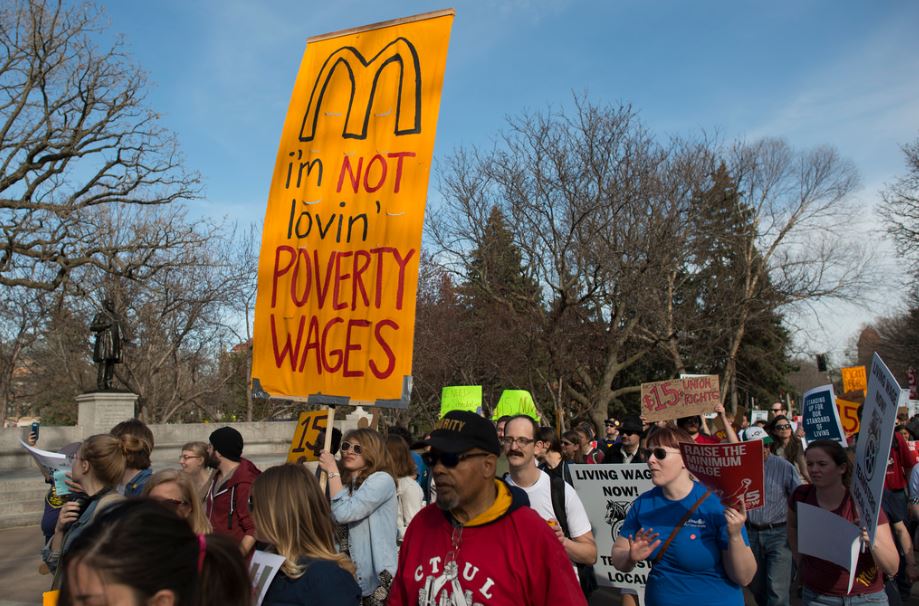 The law of demand is one of the most fundamental concepts of economics. This law states that, if all other factors remain equal, the higher the price of a good, the less people will demand that good. Most of the time this is too obvious to mention. Yet people seem to think we can suspend the law of demand when it comes to wages. They seem to believe, for example, that increasing the price of labor for low-skilled workers will have no effect on the demand for the labor of low-skilled workers.

Unfortunately, this economic law is unyielding despite the best of intentions. The result is that we keep artificially inflating the price of labor—through increases in the minimum wage—and are shocked when it makes it harder or even impossible for low-skilled workers to find work.

A prime example is the effect of minimum wages increases on workers during the Great Recession. A new study published in the Journal of Public Economics notes that between July 23, 2007, and July 24, 2009, the U.S. federal minimum wage rose from $5.15 to $7.25 per hour. During the concurrent recession the employment-to-population ratio declined by four percentage points among prime aged adults, and by 10 percentage points among those aged 16 to 21. Both ratios recovered slowly after the recession ended, but young adult employment remains well below its pre-recession peak.

Again, this shouldn’t be surprising to anyone that has a basic understanding of economics. But the study also finds that other factors are compounding the negative effects of minimum wage increases:

The perceived negative effects of trade has been a significant driver of populism, which advocates for more protectionist policies. The idea is that if businesses can’t outsource their labor, it will force them to pay higher wages to Americans. While attractive in theory, this rarely works in reality. Cheap overseas labor is often replaced with technology rather than with more expensive U.S. workers. This is especially true for the work of low-skilled workers.

Minimum wage laws are appealing since they seem like an easy government solution to the problem of low wages. We can even convince ourselves it’s working by pointing out all people who are happy to be making more money. But in economics, as well as in basic Christian charity, we must consider that which is unseen—in this case, all of the workers that will never be hired because we’ve priced them out of the labor market.