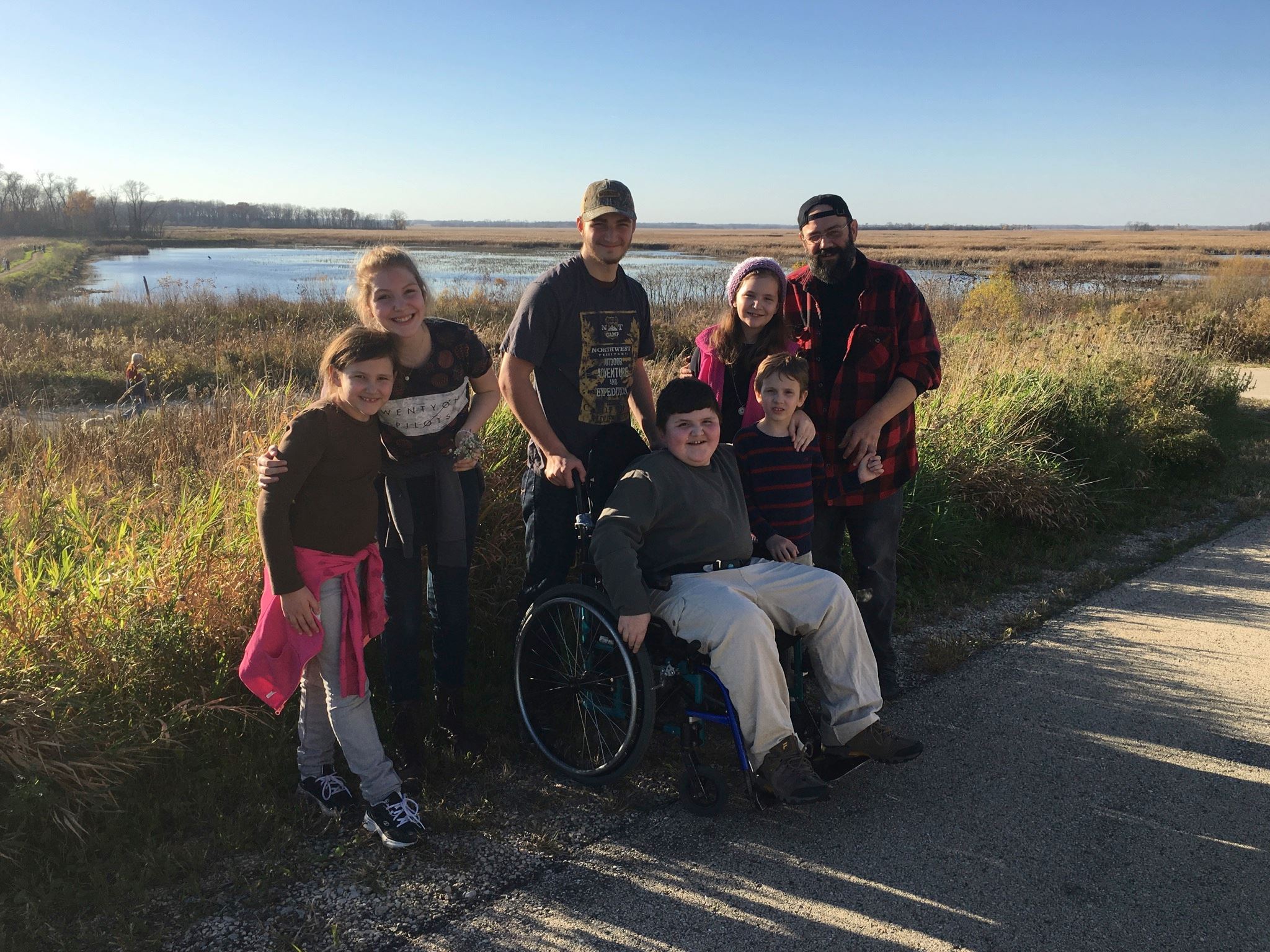 From time to time I give readers a peep into office life at Intellectual Takeout, particularly concerning the masculinity and chivalry of my male co-workers. Today I’d like to do the same, but with a bit of a sorrowful twist.

We lost a co-worker to a sudden heart attack on Easter Sunday.

Due to a variety of unique experiences, Aaron Wolf had only been with us a few short months. Despite his brief tenure, Aaron had already won his way into our hearts with his loyalty, hard work, and hilarious sense of humor. We were looking forward to many years of working with him, and were eager to introduce him to our audience in a broader way.

Aaron was a prototype of the strong, non-toxic masculinity that my male co-workers seek to practice. He was manly, but gentle. Intelligent, but humble. A family man who took time to love his wife and train his six children, even when he was so busy with other responsibilities.

Thinking about the young family Aaron left behind reminded me of the book Little Britches, which tells the true story of the Moody family, their struggles as fledgling ranchers in turn-of-the-century Colorado, and the eventual death of their beloved father.

Like Aaron, Mr. Moody was a hard-working man who put the welfare of others above his own health. He also faithfully trained his children to become respectable and responsible members of society. This training evidenced itself in the following three pieces of advice he gave to his oldest son Ralph:

‘Son,’ he said, ‘I had hoped you wouldn’t run into anything like this till you were older, but maybe it’s just as well. There are only two kinds of men in this world: Honest men and dishonest men. There are black men and white men and yellow men and red men, but nothing counts except whether they’re honest men or dishonest men.’

‘Son, this is a long sermon for a boy of your age, but I want so much for you to be an honest man that I had to explain it to you.’

3. Give a Vision for the Future

You’re getting to be quite a man now, Son. You’re well past eleven years old, and you can do quite a few things better than a good many men. I’m going to treat you like a man from now on. I’m never going to spank you again, or scold you for little things, and some day it’s going to be ‘Moody and Sons, Building Contractors.’

Mr. Moody died young, leaving his son, Ralph, to become the man of the family at age 11. Yet his early death did not prevent him from leaving a legacy of strong manliness and character for his children to follow.

There aren’t many of these men left nowadays. My co-worker Aaron was one and did his best to raise his six children to follow in his footsteps. Do we have the courage and devotion to do the same?

UPDATE: Aaron was in his mid-forties and survived by his wife Lorrie, their six children, and his father and mother. Lorrie is a stay-at-home mom who homeschools the children while also providing constant care to their second-oldest son, Carl, who suffers from Muscular Dystrophy. She also keeps a close eye on Kati who suffers from juvenile diabetes.

The health care expenses over the years took a toll on the family. They have meager savings and no life insurance. We are raising money for the funeral, interment, and help for Lorrie to care for Carl. To support the Aaron Wolf Family Memorial Fund on GoFundMe, please click here or the button below.