What’s the Problem with ‘Reparations’? 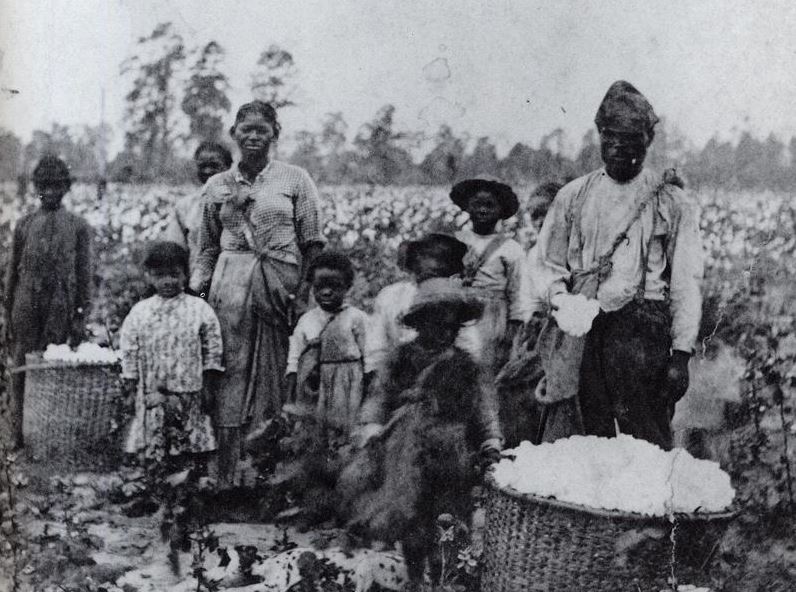 As the issue of reparations for victims of slavery rages within the Democratic party, and on cable news stations, we encounter a common problem: virtually no one is addressing the specifics of how such a reparations effort would be administered. Who would receive these reparations payments? Who would pay them? How would guilt and victimhood be determined? As is usually the case with American policy debates, this “debate” offers little more than an opportunity for pundits and activists to grandstand on related issues such as poverty and race — while avoiding the central topic at hand Support or opposition then becomes nothing more than a matter of affirming one’s political loyalties. The actual issue of reparations — and how they’ll be paid out — is mostly ignored.

It is important to remember, however, that there is nothing necessarily problematic about the idea of paying reparations to the victims of a crime. In fact, the idea is essentially pro-private-property because it attempts to repay a victim for property stolen from him or her by another party.

After all, any decent legal system would provide for a victim of kidnapping and forced labor to obtain repayment for the time and labor stolen from him by the kidnaper. As Walter Block writes:

Justified reparations are nothing more and nothing less than the forced return of stolen property — even after a significant amount of time has passed. For example, if my grandfather stole a ring from your grandfather, and then bequeathed it to me through the intermediation of my father, then I am, presently, the illegitimate owner of that piece of jewelry. To take the position that reparations are always and forever unjustified is to give an imprimatur to theft, provided a sufficient time period has elapsed. In the just society, your father would have inherited the ring from his own parent, and then given it to you. It is thus not a violation of property rights, but a logical implication of them, to force me to give over this ill-gotten gain to you.

But here’s the rub: in order to do this with an eye toward justice, one must identify specific victims and specific perpetrators. Potentially, as Block suggests, one could envision a legal case in which the heirs of victims would be paid reparations by the heirs of perpetrators. But again, we still encounter the problem of identifying specific persons (and heirs) involved. Reparations cannot be paid in the abstract, since, as Chris Calton has noted:

[L]ibertarian ethics are not based on abstract moral claims; they’re based on concretely identifiable property rights. When a violation of a person’s property rights takes place, restitution is the logical means of compensating the victim …

But in the real world [on matters of slavery] such a claim is incredibly difficult to prove. And failure to prove a legitimate property claim means that the currently recognized property title holds. Anything else would be committing a new injustice to give the illusion of correcting an old one.

In light of this, we can see that many of the currently proposed methods of paying out “reparations” are imprecise, vague, and consequently unjust. A program, for example, that forces all taxpayers (whether guilty or not of any relevant crimes) to pay reparations to a specific group of people raises several key problems that must be addressed:

1. What if a taxpayer is descended from people who didn’t even arrive in the country until after emancipation? That is, should a Japanese-American, whose immigrant ancestors arrived in the United States in 1910, be forced to pay reparations? How about descendants of Mexicans who arrived in the US in 1925?

2. What if the taxpayer has some ancestors who lived in the US before emancipation and some who arrived here afterward? Would that person’s “reparation tax bill” be pro-rated to match the fraction of his ancestry that shared antebellum guilt?

3. What if a taxpayer’s ancestors were abolitionists who opposed slavery?

4. What if a taxpayer has no ancestors who owned slaves?

The (Bad) Economics of Collective Guilt

In all of these cases, it’s hard to see how the person paying reparations is in any way actually responsible for the kidnapping, theft, assault, and other crimes perpetrated against actual slaves. Yes, many activists may claim that “everyone” is  — in the vague abstract — “guilty” of slavery because one’s ancestor once bought cheap cotton dungarees in 1858, or once (even unwittingly) worked for a company that sold timbers to ship builders who built slaving ships. These arguments rely on the same twisted logic which would have us believe that people who buy gasoline are somehow morally responsible for the brutality of the Saudi Arabian dictators, or that a teenager who smokes a joint is responsible for terrorism like that perpetrated on 9-11. (Yes, the US government created an ad campaign saying exactly this.)

This everyone-is-guilty claim, in fact, is one invented by the slavedrivers themselves in an attempt to claim that all white Americans — including Northerners — somehow directly benefited from slavery, and thus all abolitionists were hypocrites. It was always a desperate and unconvincing argument, but by putting these claims forward, the slavedrivers of old helped pave the way for the modern-day reparations advocates.

In real life, the people responsible for slavery are only the people who directly owned, sold, or traded in slaves; and the politicians who pushed to preserve, spread, or defend slavery through legislation and the state’s police powers.

Slavery Suppressed Wages for Many Workers

Moreover, many non-slaves can be shown to have been negatively impacted by slavery because it acted to suppress wages. As historian Kerry Leigh Merritt describes in detail in her book Masterless Men: Poor Whites and Slavery in the Antebellum South, wage-earning, non-slaveholding whites in the South — who constituted the overwhelming majority of the population — received far lower wages than they would have had they not been forced to compete with slave labor by a legal system designed to favor the tiny minority of slaveowners. Nor were these effects limited to Southern whites only. The increased profitability of agriculture in the South — thanks to slavery — acted to divert resources from Northern agriculture and industry as well, thus lowering wages for at least some Northern workers. Moreover, capital that poured into the slave plantation could have been used to improve worker productivity through innovation in machinery and other capital. Instead, that investment was diverted away from improving free labor, and devoted to expansion and maintenance of the slave economy. Overall, the presence of slaves suppressed wages nationwide.

The fact that slaveowners and plantation owners indisputably benefited from slavery hardly means that white day laborers benefited as well. Yes, chattel slaves fared far worse than any other group. But that doesn’t mean those day laborers were — to use the modern parlance — “privileged” by the existence of the slave economy. In practice, it significantly lowered their income.

So, once again we are left with the problem of determining who is legally and morally responsible for paying out these reparations in any way connected to identifying truly guilty parties. In practice, it’s nearly impossible, although government being what it is, advocates for reparations are likely to simply demand that all the taxpayers foot the bill to pay one identifiable interest group, whether or not the taxpayers involved can be shown to have any direct involvement in the perpetuation or spread of slavery.

Ultimately, the issue shouldn’t even be regarded as a complicated one. If “reparations” are truly that, then they can only based on handing over stolen property form the thief to the victim (or their heirs). So long as these specific individuals are not identified, then the policy being discussed has nothing to do with reparations. It’s just a wealth redistribution scheme.

This article has been republished with permission from The Mises Institute.