Swimming Upstream in a Turbulent Society 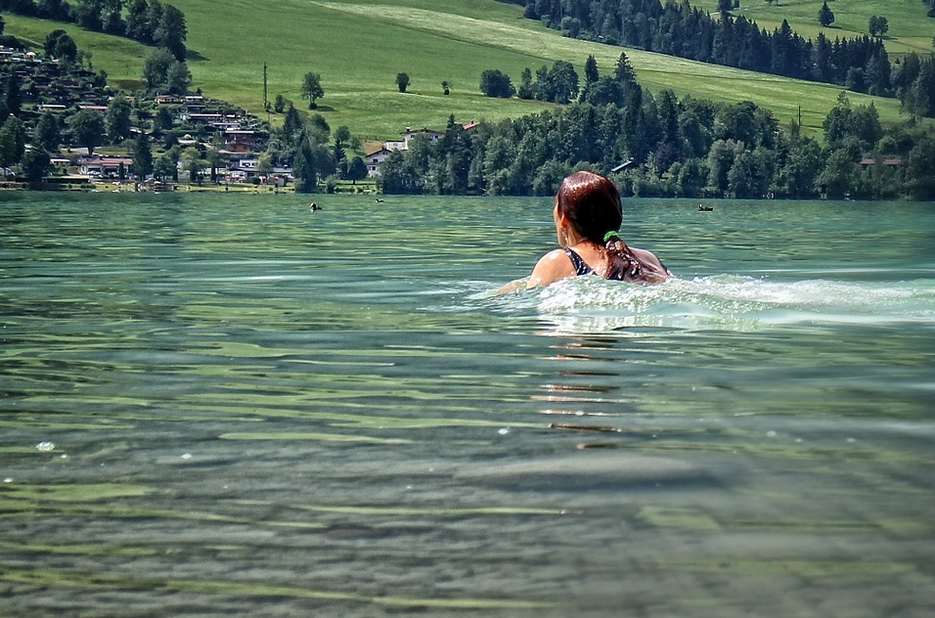 “Angels can fly because they take themselves lightly.” ~ G.K. Chesterton

Recently I read for review Dale Ahlquist’s Knight of The Holy Ghost: A Short History of G.K. Chesterton. Ahlquist, president of The Chesterton Society and one of the world’s experts on all things Chestertonian, packs this slim biography with details about Chesterton’s life, selected quotes—Chesterton was a master of the aphorism—brief introductions to his most significant books and essays, and various takes on the man himself. Here is perhaps the best of these snapshots:

From beginning to end, Chesterton was characterized as a knight. In the farewell poem (Walter de la Mare’s tribute on the memorial card), he is portrayed as still at battle, still going his way, still paradoxical, for his fool’s attire is actually wisdom, his joke is actually the truth, and the fight is a delight. The devil doesn’t get the joke. The dragon can’t be taken seriously. The knight, ever of good humor, is at peace, his heart at rest because it is compassionate and pure. And, even today, he is still lovable, which is why people still love him. Still truthful, which is why he is still controversial.

Gilbert Keith Chesterton’s massive frame, his quirky attire, his skills as a debater, his talent for writing and quick rejoinder, his devotion to his wife, his sheer joy in living, his appreciation for the beauty found in everyday objects and people, his kindness: these endeared him to his friends and even to his ideological adversaries.

Knight of The Holy Ghost sent me to the library, where I spent some time with several of Chesterton’s essays. (He wrote more than 5,000.) Years ago, I had taught some of his Father Brown stories to homeschoolers, and also read Orthodoxy and some of his poetry. Now, as I turned the pages of In Defense of Sanity, a collection put together by Ahlquist, I realized that Chesterton might serve as a bright flame of hope in our present age of public lunacy.

The man himself radiated that hope. In my review of Knight Of The Holy Ghost, I wrote that here “we meet one of the happiest of literary eccentrics, a man who found joy in the mundane and who brought that zest for life onto every page he wrote.” Chesterton’s high-spirited writing stands in striking contrast to the acerbic online paragraphs I read nowadays—and, I regret to say, have sometimes written myself. His wisdom and humor, often self-deprecating, can be found everywhere.” (During World War I, a woman asked Chesterton why he wasn’t “out at the Front,” to which the portly GK replied, “If you go round to the side, you will see that I am.”)

Also found in these essays are those maxims and adages which fill two fat volumes of The Quotable Chesterton. Here are just a few examples of the man’s ability to hit an aphorism over the fence:

“The Christian ideal has not been tried and found wanting; it has been found difficult and left untried.”

The word ‘good’ has many meanings. For example, if a man were to shoot his grandmother at a range of five hundred yards, I should call him a good shot, but not necessarily a good man.”

On Mary Queen of Scots: “She was executed for being in good health.”

One story, perhaps apocryphal, tells of the Times sending an inquiry to famous writers: “What’s wrong with the world today?” to which Chesterton responded: “Dear sirs, I am, Yours, G.K. Chesterton.”

Readers of Chesterton have called him an apostle of sanity, an advocate of the common man, common sense, and the commonplace, a defender of liberty and tradition.

In a time when fear and hatred cast black clouds over even the brightest days, when fallacies come disguised as truths and truth proclaimed a lie, we might look for inspiration to the Knight of the Holy Ghost. Chesterton’s words, wit, and wisdom can bring us comfort and strength. His buoyant love of life and his keen sense of the ridiculous can give us the heart to fight today’s dragons.

“A dead thing,” Chesterton wrote, “can go with the stream, but only a living thing can go against it.”

Let us resolve, like Chesterton, to be living things.