#NationalSpinachDay: Why Our Constant Fabrication of Holidays Expresses a Sacred Yearning 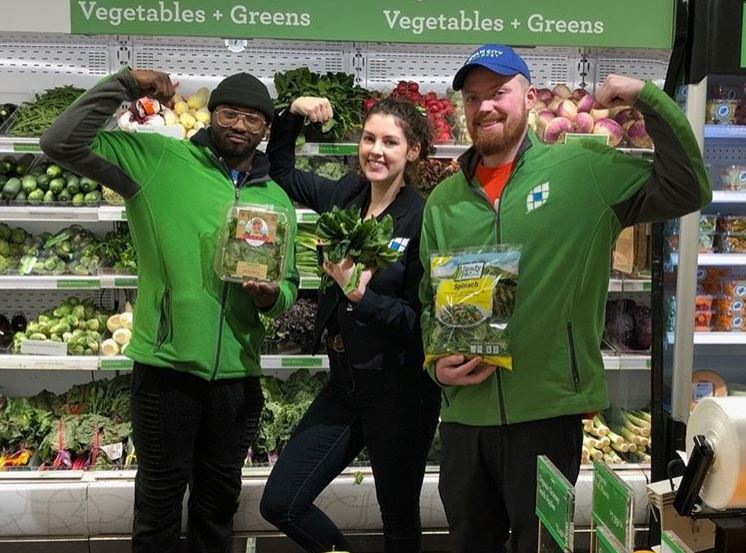 For those who frequent Twitter with any regularity, hardly a day goes by that’s not denoted as National-Something-or-Other-Day.

For example, March 26th happens to be “National Spinach Day,” which I conveniently – albeit unknowingly – celebrated at lunchtime. Then there’s “National Clean Your Virtual Desktop Day” on October 21st, which some of my co-workers probably wish I would celebrate (yes, I really do need those 50 tabs open at once, thank-you-very-much).

Then there is the slightly more practical and wholesome-minded “National Siblings Day,” which causes everyone to post pictures of their crew on Facebook and gush about how much they love their brothers and sisters. It’s at least a little sweeter than my co-worker’s favorite National Day on February 14th – “National Horned Lizard Day” – because, as she notes, “Valentine’s Day is so overrated.”

In my mind, these National Days have proliferated in recent years due to social media’s rise. After all, one has to have something to spark creativity and spawn pictures and posts that would never see the light of day. I mean, c’mon. Who’s going to post that award-winning picture of the spinach in their lunch if we didn’t have “National Spinach Day”?

Making Popeye proud! We eat our spinach, do you? Happy #NationalSpinachDay! #ElmCityMarket

But let’s put the fun aside for a second, shall we? Could there be deeper cultural reason (beyond Facebook and Twitter) that we are inundated with these national days of celebration? Quite possibly.

Once upon a time there was something known as the church liturgical calendar. Actually, these calendars are still in existence, and depending upon one’s denomination, explain the feasts, celebrations, and remembrances important within religious communities. Even those faith communities which go light on liturgy enter into holidays such as Christmas and Easter with gusto.

But as the chart below shows, religious affiliation seems to be dropping and individuals who have no association are on the rise. This decline in religion naturally spells a decline in the celebration of church holidays and feasts.

It’s just a suggestion, but could the rise of the many National Days be a nod to this decline? Could we as Americans be trying to fill the void of celebration, remembrance, and common association that was once filled by religious holidays?

Nineteenth century diplomat and author Alexis de Tocqueville might agree. In his famous work Democracy in America, Tocqueville notes the importance of belief and the integral role it plays in creating common associations in society:

At different periods dogmatic belief is more or less common. It arises in different ways, and it may change its object and its form; but under no circumstances will dogmatic belief cease to exist, or, in other words, men will never cease to entertain some opinions on trust and without discussion. If everyone undertook to form all his own opinions and to seek for truth by isolated paths struck out by himself alone, it would follow that no considerable number of men would ever unite in any common belief.

But obviously without such common belief no society can prosper; say, rather, no society can exist; for without ideas held in common there is no common action, and without common action there may still be men, but there is no social body. In order that society should exist and, a fortiori, that a society should prosper, it is necessary that the minds of all the citizens should be rallied and held together by certain predominant ideas; and this cannot be the case unless each of them sometimes draws his opinions from the common source and consents to accept certain matters of belief already formed.

Is this what we’ve arrived at in our society? Have we lost the common culture and associations which were once primarily obtained through church and religious societies? And is it possible we recognize this loss and are trying to cobble something – anything – together in order to maintain the commonality that is essential for a society to prosper?