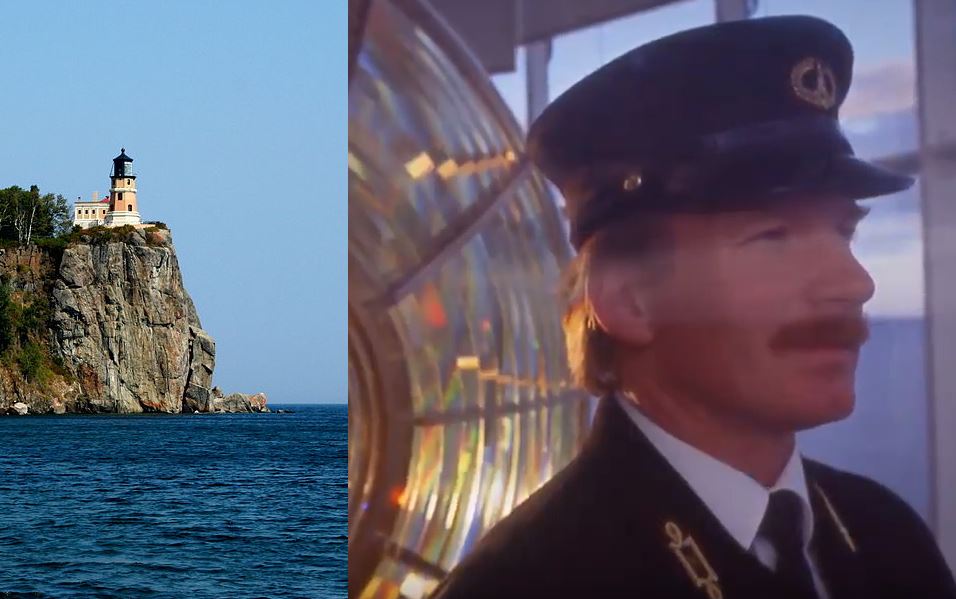 But in my mind, the best part of all was the beautiful monument that graced the cliff across the bay from the campground: Split Rock Lighthouse. It became one of my recurring daydreams to imagine what life would be like if my father landed the job of lighthouse keeper (aka historical site manager) and we could move into the keeper’s house permanently.

Alas! Someone already had that job and I must confess that I thought the children of lighthouse site manager Lee Radzak were pretty lucky.

This childhood daydream came back to me over the weekend after learning that Lee Radzak is finally retiring and leaving Split Rock after 36 years. I dug around to find more information and came across this short video produced by the Minnesota Historical Society:

As I watched the video, one line stuck out to me. Referring to his 36 years at the lighthouse, Radzak says, “People don’t tend to stay with the same job for their whole life, their whole career.”

The numbers seem to back up his statement. According to a global survey conducted in 2018, almost half of millennials “plan to leave their current jobs within two years.” When asked if they plan to stay beyond five years, only a quarter of millennials agreed.

What’s different that millennials will job hop so quickly, while their parents in the boomer generation (like Lee Radzak) were often committed to only one or two jobs over their working life?

I believe Radzak gives a clue to the answer as he discusses his career trajectory:

Did you catch that? Although he doesn’t say it outright, Radzak’s long career seems to have developed because of one major thing: putting down roots.

For starters, Radzak went into the Split Rock job as a married man. He had someone to provide for, a fact which makes the transitory job path a bit harder to do. After a few years, Radzak and his wife pulled the trigger, had children, and thus had more mouths to feed. Adding children to a family puts down more roots as the kids find friends, go to school, and become members of their community. In other words, Radzak and his family developed a sense of place.

Do millennials do this? Some, yes, but many others, no. Could this absence of place and lack of roots be a contributor to the transitory nature of the millennial generation?

American sociologist and professor Robert Nisbet suggested as much in his work, Quest for Community. Speaking on the “growing sense of isolation in society,” Nisbet writes:

Historically, our problem must be seen in terms of the decline in functional and psychological significance of such groups as the family, the small local community, and the various other traditional relationships that have immemorially mediated between the individual and his society. These are the groups that have been morally decisive in the concrete lives of individuals. Other and more powerful forms of association have existed, but the major moral and psychological influences on the individual’s life have emanated from the family and local community and the church. Within such groups have been engendered the primary types of identification: affection, friendship, prestige, recognition. And within them also have been engendered or intensified the principal incentives of work, love, prayer, and devotion to freedom and order.

Many in today’s society crave love, friendship, recognition, and a sense of purpose, but are struggling to find these elements. Would many be more successful at fulfilling these cravings if they weren’t so afraid to put down roots in family and community?