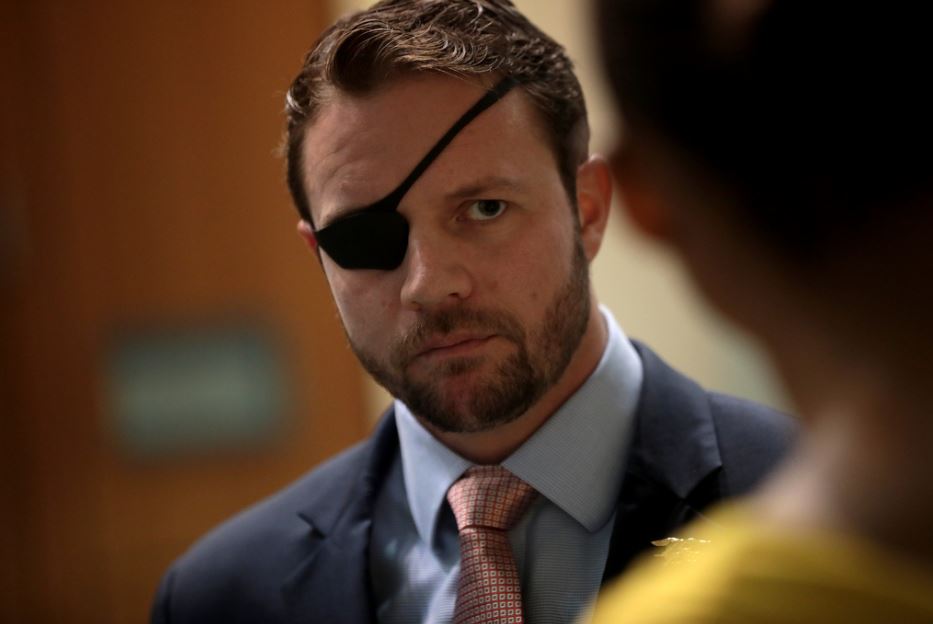 Recently Texas congressman and general uber-mensch Dan Crenshaw made an appearance on a Sunday talk show.

After arm-wrestling and talking for a long time about the former Navy SEAL’s own journey in politics, Crenshaw was questioned on why so many of today’s young people are going all-in on the “democratic socialism” touted by Alexandria Ocasio-Cortez and Bernie Sanders.

According to Crenshaw, there are three main culprits:

1. No gratitude for the founding principles.

“It’s a lack of gratitude,” Crenshaw began. “There’s a complete lack of gratitude for these principles that gave us all of these things … personal responsibility, this idea that liberty is good, [the] idea of fairness where you get where you deserve and that not everybody gets equal stuff. … [Those principles] lead to the ability to thrive in a free market … and yet there’s no gratitude for them.”

Too often in modern American society, the founding principles that built our nation (the Jordan Peterson-esque principles of personal responsibility, justice, and complementarianism), have been tossed by the wayside, replaced instead by PC culture and unkept promises.

Crenshaw believes that these basic principles – the same principles that have supported the American dream for hundreds of years – are quickly being forgotten and then replaced.

2. The belief that their generation is better than all other generations.

“Every generation sort of wakes up and thinks it knows so much better than the last generation … [and] this generation was coddled a lot by the previous generation,” Crenshaw comments. “[They were] no longer allowed to play on playgrounds, [they were given] second place trophies, and all that.”

This generation, of which I myself am a part, clearly thinks that, just by merit of their own existence, the world somehow owes them something. Protection, entertainment, groceries – everything is owed to them simply by merit of their humanity, and nothing can or should be earned.

However, to lay all the responsibility for this idiocy at a young person’s door would be unjust. The principles learned in childhood always carry into adulthood, and, as Crenshaw observes, coddling, endless acceptance, and participation awards are what my generation has been brought up to value. Socialism is just the next logical step.

I know, I know. Whenever there’s any problem, the usual reaction is to blame either young people or the internet. While its stereotypical and annoying, there’s actually a reason for the madness:

“The internet makes you more knowledgeable, but it doesn’t necessarily make you smarter and it doesn’t teach you the framework in which you can absorb those new ideas that you have at your fingertips. … It means that they [young people] are very confident in their ability to say what they want and that their feelings matter most….”

The internet, which doles out fast ideas without bothering to give logic or facts to support them, has encouraged millennials and Gen Z kids from a very young age to shout out their opinions without much thought, effort, or responsibility. Apps such as Twitter make it very easy for young people to not only contribute their unsolicited opinions on every issue under the sun, but also to be respected and applauded by their peers as a result.

The economics of socialism inevitably crumble under even a passing logical glance – but no such glances are possible in the fast-paced info-wars of the internet.

What are your thoughts? Is Crenshaw right in his assessment, or are there other factors at play in this recent buy-in to socialism?