7 Reasons Why the Equality Act Is Anything But 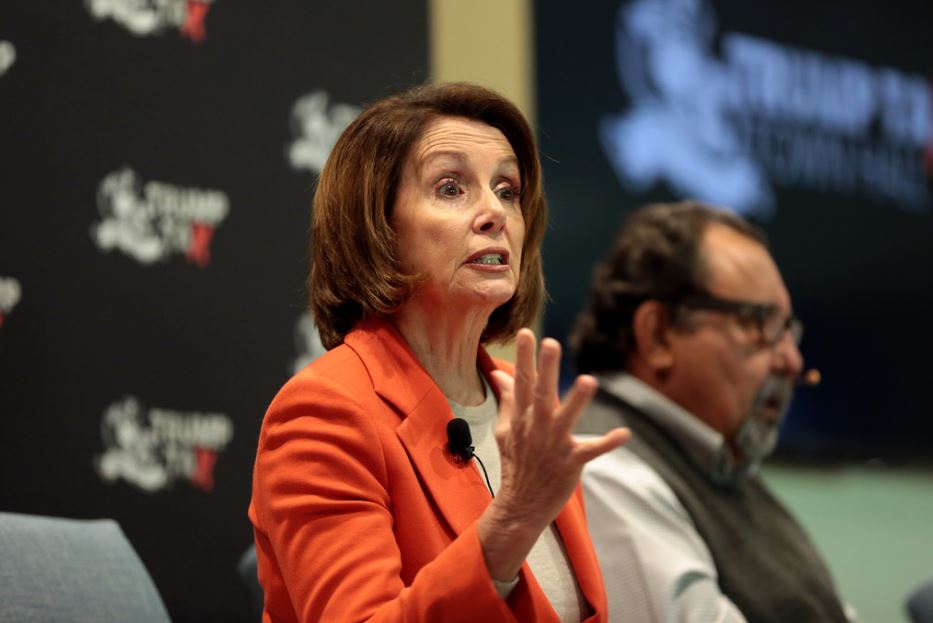 Most Americans don’t want a nationwide bathroom requirement, health care mandate, or “preferred pronoun” law based on gender identity, but congressional Democrats seem to think it’s time to impose them.

Nancy Pelosi delivered Wednesday on her promise to introduce the so-called Equality Act, which would elevate sexual orientation and gender identity to protected classes in federal anti-discrimination law.

Although that may sound nice in theory, in practice sexual orientation and gender identity policies at the state and local level have caused profound harms to Americans from all walks of life.

How might a sexual orientation and gender identity law on the federal level, as introduced in the House and Senate, affect you and your community? Here are seven ways:

1. It would penalize Americans who don’t affirm new sexual norms or gender ideology.

Jack Phillips’s case went all the way to the Supreme Court after the Colorado Civil Rights Commission accused the bakery owner of discriminating on the basis of sexual orientation when the self-described cake artist declined to create a custom cake to celebrate a same-sex wedding.

The Supreme Court ruled in favor of Phillips, owner of Masterpiece Cakeshop, but left the law in question, the Colorado Anti-Discrimination Act, intact. Until last week, Phillips was in court again defending himself against the same agency under the same law.

The day after the Supreme Court ruled in Phillips’ case, Autumn Scardina, a lawyer who identifies as transgender, requested that he create a “gender transition cake.” After Phillips declined, the state Civil Rights Commission found probable cause under the law that the baker had discriminated on the basis of gender identity.

Thankfully, the commission last week dropped the case, and Phillips agreed to drop his own lawsuit accusing the state agency of harassing him for his Christian beliefs.

Jack Phillips is just one of many Americans who have lost income because of their belief that marriage is between one man and one woman. Others cases involve florists, bakers and photographers, wedding venue owners, videographers, web designers, calligraphers, and public servants.

2. It would compel speech.

Virginia high school teacher Peter Vlaming lost his job for something he did not say.

A county school board voted unanimously to fire the veteran teacher over the objections of his students after he refused to comply with administrators’ orders to use masculine pronouns in referring to a female student who identifies as transgender.

Peter did his best to accommodate the student without violating his religious belief that God created human beings male and female, using the student’s new name and simply refraining from using pronouns altogether.

Unfortunately, the school still considered this a violation of its anti-discrimination policy.

Incidents like these would increase under federal policy proposed in the Equality Act. Both federal and private employers could face costly lawsuits if they fail to implement strict preferred pronoun policies. Employees could be disciplined if they fail to comply, regardless of their scientific or moral objections.

3. It could shut down charities.

In Philadelphia, just days after the city put out an urgent call for 300 additional families to foster children, the city halted child placements by Catholic Social Services because of the organization’s belief that every child deserves both a mother and a father.

Although same-sex couples have the opportunity to foster children through the state or every other agency in Philadelphia, the city canceled its contract with Catholic Social Services. The agency’s approved foster homes remain available while children languish on the waiting list.

A federal sexual orientation and gender identity law would make this situation a national phenomenon, which would spell disaster for the 437,500 children in foster care nationwide.

Other charities would be affected too.

In one attempt, authorities said, Coyle was inebriated and had gotten into a fight with a staffer at another shelter, so Hope Center staff paid Cole’s fare to the emergency room to receive medical attention. Coyle sued the center for “gender identity discrimination.”

A federal sexual orientation and gender identity law could force any social service organization to open up private facilities, including single-sex bathrooms, showers, and sleeping areas, to member of the opposite sex.

4. It would allow more biological males to defeat girls in sports.

Selina Soule, a female runner, not only lost to the biological males in the championships but also lost out on valuable opportunities to be seen by college coaches and chosen for scholarships.

Soule said about the 100-meter event:  “We all know the outcome of the race before it even starts; it’s demoralizing.”

A federal sexual orientation and gender identity law would defeat the purpose of Title IX of the Civil Rights Act, which is supposed to guarantee women equal educational and athletic opportunities.

A federal law could set girls and women’s sports back permanently at every level.

5. It could be used to coerce medical professionals.

Under state sexual orientation and gender identity laws, individuals who identify as transgender have sued Catholic hospitals in California and New Jersey for declining to perform hysterectomies on otherwise healthy women who wanted to pursue gender transition.

If these lawsuits succeed, medical professionals would be pressured to treat patients according to ideology rather than their best medical judgment.

The Obama administration tried to coerce medical professionals into offering transition-affirming therapies through a regulation in the Affordable Care Act, popularly known as Obamacare.

That move was stopped in the 11th hour by a federal judge. However, that could all be set back in motion if a national law imposes a nationwide health care mandate regarding gender identity.

6. It could lead to more parents losing custody of their children.

The politicization of medicine according to gender ideology will create more conflicts among parents, doctors, and the government. A federal sexual orientation and gender identity law would jeopardize parental rights nationwide.

In fact, the current issue of the American Journal of Bioethics includes an article arguing that the state should overrule the parents of transgender children who do not consent to give them puberty-blocking drugs.

This has already happened. In Ohio, a judge removed a biological girl from her parents’ custody after they declined to help her “transition” to male with testosterone supplements.

After the Cincinnati Children’s Hospital’s Transgender Health Clinic recommended these treatments for the girl’s gender dysphoria, the parents wanted to pursue counseling instead. Then the county’s family services agency charged the parents with abuse and neglect, and the judge terminated their custody.

Similar cases are proceeding through the courts with children as young as 6 years old.

Meanwhile, studies show that 80 to 95 percent of children no longer experience gender dysphoria after puberty. Politicizing medicine could have serious consequences for children who are exposed to the unnecessary medical risks of drastic therapies.

7. It would enable sexual assault.

A complaint under investigation by federal education officials alleges that a boy who identifies as “gender fluid” at Oakhurst Elementary School in Decatur, Georgia, sexually assaulted Pascha Thomas’s 5-year-old daughter in a girls’ restroom. The boy had access to the girls’ restroom because of Decatur City Schools’ transgender restroom policy.

School authorities refused to change the policy even after Thomas reported the assault. Eventually, she decided to remove her daughter from school for the girl’s emotional well-being and physical safety.

A federal sexual orientation and gender identity law would give male sexual predators who self-identify as females access to private facilities, increasing the likelihood of these tragic incidents.

It could also make victims less likely to report sexual misconduct and police less likely to get involved, for fear of being accused of discrimination.

The proposed Equality Act could impose a nationwide bathroom policy that would leave women and children in particular vulnerable to predators. It actually would promote inequality by elevating the ideologies of special interest groups to the level of protected groups in civil rights law.

The Equality Act defies the purpose of anti-discrimination laws. The original Civil Rights Act was enacted to protect African-Americans from being denied access to material goods and services.

The Equality Act, by contrast, would be used as a sword to attack people and force them to adopt new ideologies about human sexuality.

This extreme and dangerous legislation would create unprecedented harms to businesses, charities, medical professionals, women and children, and entire families.

The writing is on the wall: The Equality Act is anything but.