Will the Future Judge Us in the Same Way We Judge the Past? 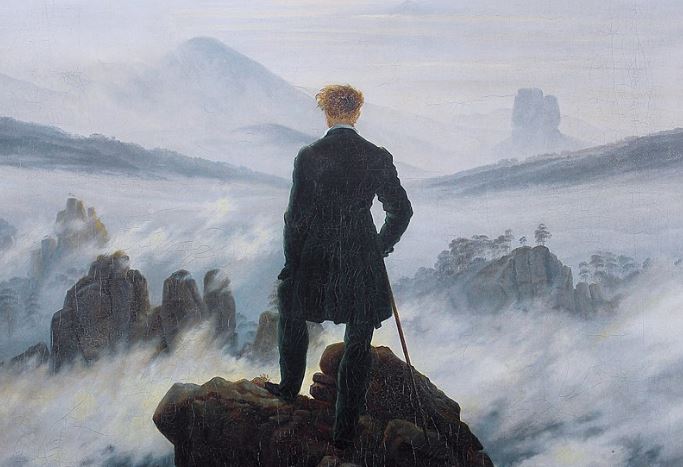 The past is a foreign country; they do things differently there. – L.P. Hartley, The Go-Between

In the summer of 1973, I spent a week in Bavaria, where I met an older woman whom I’ll call Heidi. Fifty years before, Heidi’s father managed a hotel on the Chiemsee, frequently hosting Adolph Hitler, who at that time was still building his National Socialist German Workers Party. Heidi recalled sitting in Hitler’s lap as a girl, and though she spoke in guarded terms, it was clear she and her family had supported Der Fuhrer.

The most interesting story she told me was of Hitler’s involvement with a Jewish family who also frequented the hotel. Like Heidi and her family, this Jewish family was invited to, and attended, Hitler’s installation as chancellor in Berlin in 1933. (I will regret to the end of my days not copying down this family’s name.)

At any rate, Heidi told me she once followed Hitler and the daughter of this family as they hiked through the woods surrounding the hotel. Hitler and the young woman strode along ahead of Heidi, holding hands and clearly delighting in each other’s company.

Every time I think back on what Heidi told me, and she had no reason to invent such a tale, I think to myself: Why on God’s green earth did Hitler persecute and kill the Jews? What was he thinking as he held that woman’s hand? How does anyone go from such affection, even if it was just a gesture of friendship, to the slaughter of millions?

As I have grown older, and particularly in the last ten years, this incident and so many others remind me time and again of the complexities of history. The past is not just words in a book. It is a tangled jungle of ideas, human beings, and circumstances, a place of shadows and mist offering, to those who enter deeply into it, uncertainty rather than surety, dim insights rather than glaring illuminations.

Charles Frazier’s novel Varina, which I have just finished and is as remarkable a fiction work as I have read in years, offers readers a vivid reminder of these complexities.

Frazier recounts the story of Varina Davis, wife of Jefferson Davis and the only First Lady of the Confederate States of America. Here we learn that the Varina and her husband took an abused and homeless orphan of black and white descent into their presidential home in Richmond, Virginia, and treated him as a member of the family. Here, too, in the person of Varina Davis, a once celebrated personage, now little known to Americans other than Civil War buffs, Frazier presents us with a woman embodying all the convolutions and confusions of her age: her quest for independence; her ambivalent attitude to slavery and even toward the South; her dislike of the War; her life as a mother—she put five of her six children into the ground before her own death—and as wife to a man who still carried a torch for his deceased wife Knoxie; the mockery she endured while First Lady; her success in her later years as a writer for New York newspapers.  Frazier’s Varina deposits us deep into that dark forest of events, ideas, and circumstances known as the past.

These days, many among us don’t do well with the incongruities and paradoxes of history. Some, most of them ignorant, regard the American past only as a cesspool of bigotry and oppression. Some despise the man who wrote the Declaration of Independence because he owned slaves. Some look with disdain on the men who died fighting for the Confederacy. Some ignore his many accomplishments and blast Booker T. Washington as an advocate of accommodation to the Jim Crowe laws. Some overlook the achievements of Marin Luther King, Jr. while denigrating him as an adulterer and a plagiarist.

Ours is the Age of the New Puritanism, where we act as judge and jury, and denounce our predecessors for their flaws while ignoring or mocking their accomplishments, all the while assuming we stand on the moral high ground.

Varina should stand as a warning to all such judges, to all who revile the dead without consideration for their humanity or the times in which they lived. When we pass sentence without humility or wisdom, when we drag our ancestors into the courtroom and condemn them out of our own ignorance and self-righteousness, we not only distort the past. We forget that we too will one day be sitting in that tribunal.

The future will judge us. If we are fortunate, our descendants will extend to us more understanding and mercy than we have recently shown our ancestors.