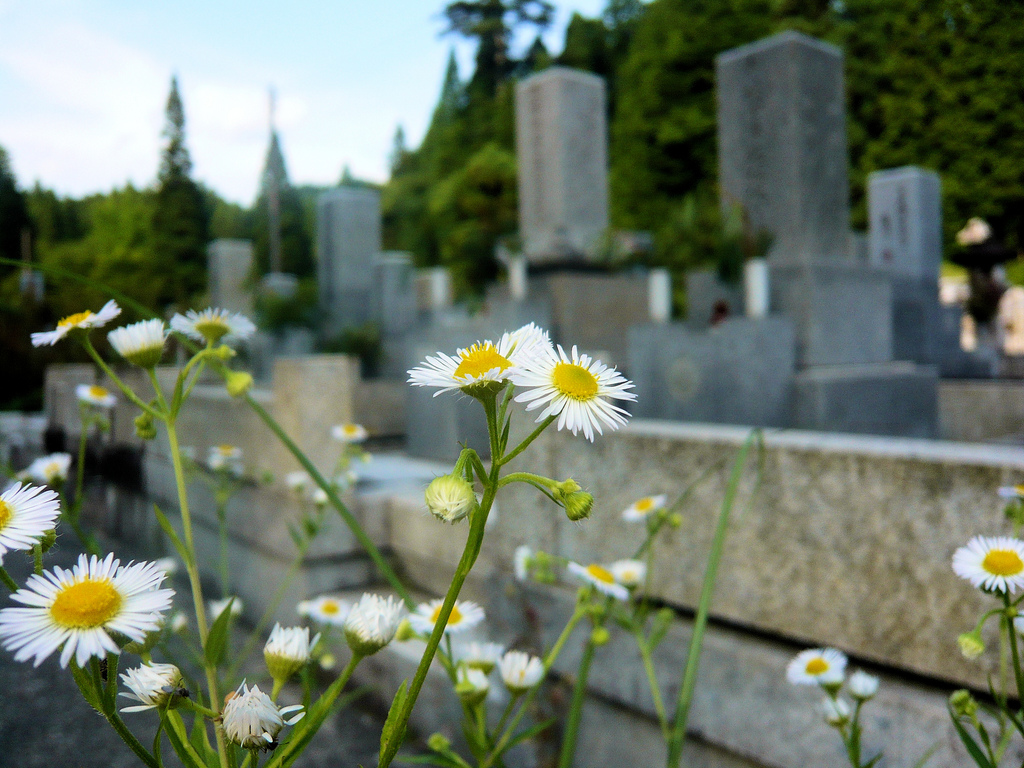 On February 6, 2019, the Washington State Senate passed Senate Bill 5001, which would allow for the composting of human bodies. From The Spokesman-Review out of Spokane, we have this account:

The bill “may change the world,” said bill sponsor Sen. Jamie Pedersen, D-Seattle, adding that Washington could be a leader in environmentally friendly alternatives to traditional burial practices.

“What I think is remarkable is that this universal, human experience of death remains almost untouched by technology,” Pedersen said. “In fact, the only two methods for disposition of human remains that are authorized in our statutes have been with us for thousands of years: burying a body or burning a body.”

An alternative is human composting, the controlled, accelerated reduction of human remains into organic matter for use in soil. It involves covering a body with organic materials, like straw and wood chips, allowing it to break down over a few weeks. The result is a cubic yard of soil indistinguishable from other compost. The remnants could be taken home by family members, with the rest being scattered on conservation land around the Puget Sound.

Such an announcement should give us pause for thought.

On the one hand, composting dead human beings differs little in practice than incinerating them and then scattering their ashes to the winds or storing them an urn in the attic without ceremony or stone. To haul Aunt Harriet home in a compost bag and sprinkle her as fertilizer on the lawn or in the garden might even be fitting, if she loved gardening or mowing the grass. (Two points to ponder: first, certain online articles say that the breakdown of organic materials into compost takes more than “a few weeks.” Second, and to put it as delicately as possible, what about the odor? I don’t think any of us would want to live downwind of such a processing plant.)

Some companies around the world already offer similar services. Sweden’s Promessa Organic Burial, for example, “will freeze your corpse in liquid nitrogen, subject it to a ‘vibration of specific amplitude’ to reduce it to powder, put you in a cornstarch casket, and plant you under a rosebush.”

That rosebush is a nice touch. It gives a homey feeling to the procedure.

On the other hand, the transformation of human beings into compost, which in essence means rendering flesh into fertilizer, may strike some as repugnant.

Two statements in particular from the article above are disturbing. “The result is a cubic yard of soil indistinguishable from other compost” strongly reflects a mechanistic view of humankind, in which we are no different from dogs or monkeys, or for that matter, garbage from last night’s supper thrown into a compost pile. In effect, we are told we can benefit the planet one last time by growing tomatoes or grass.

The second note of dissonance occurs when Senator Pederson states that “only two methods for disposition of human remains that are authorized in our statutes have been with us for thousands of years: burying a body or burning a body.”

Pederson neglects the primary reason for such “disposition of human remains.” For those thousand of years mentioned by the Senator, burials and cremations were not conducted merely to tuck away flesh and bone. These ceremonies took place as a way to pay homage, or at least respect, to the deceased, to honor the gods, to provide what was once called “a decent burial.” Such customs were and are a sign of our humanity, our belief in the uniqueness of those we loved or knew.

Though I am acquainted with a few people who conducted no memorial at all after a loved one’s death, most of us still remember and honor our dead in some formal ceremony: religious rites, eulogies, gatherings of family and friends for food, drink, and memories. This homage was and is the chief reason for the practices of interment or incineration, a final marking of the departed and a time for healing among the living.

Are we, as Shakespeare’s Hamlet asks, “the paragon of animals?”

Or are we, as the Prince asks in the very next line, “this quintessence of dust?”

How we answer that question, whether at birth or burial, determines who and what we are as human beings.