Is the Racial Gap in Suspensions Due to Racism? 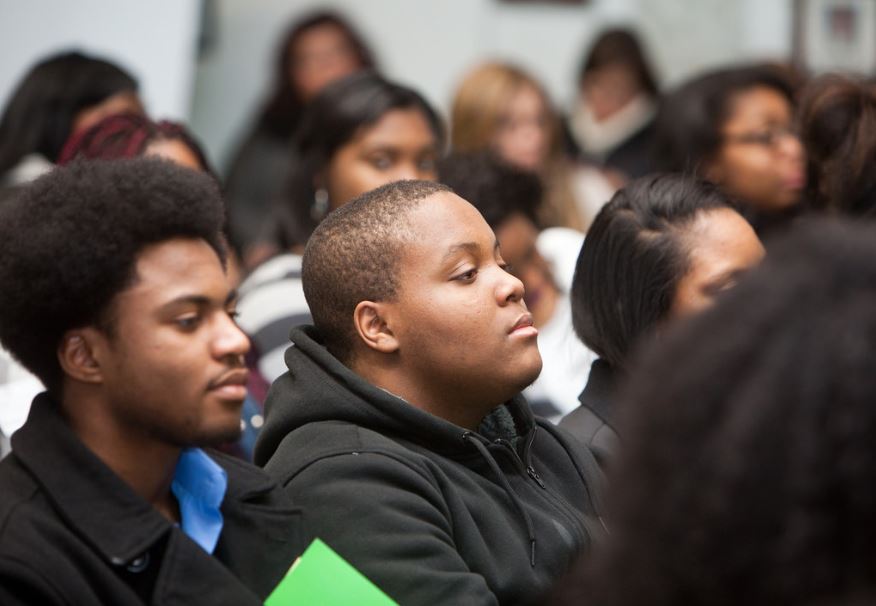 Black students are suspended from school at a higher rate than white students. To many people, this might seem unremarkable, given the higher black crime rate, and the fact that black kids are more likely to come from struggling single-parent households that fail to instill discipline. As even the liberal Brookings Institution has noted, “black students are also more likely to come from family backgrounds associated with school behavior problems; for example, children ages 12–17 that come from single-parent families are at least twice as likely to be suspended as children from two-parent families.” (See Tom Loveless, The 2017 Brown Center Report on American Education: How Well Are American Students Learning?, Brookings Institution, March 2017, at pp. 30-31).

The homicide rate is 10 times higher among black teens than white teens. And the Supreme Court rejected the “presumption that people of all races commit all types of crimes” at the same rate, as being “contradicted by” reality, in its decision in U.S. v. Armstrong.

But in February 17 column in the Times-Dispatch, Richmond school superintendent Jason Kamras argued that the higher black suspension rate in Virginia is due to “institutional racism.” He cited the fact that in Virginia in 2015, “African-American students received 60 percent of all long-term suspensions but they made up only 23 percent of the commonwealth’s schools.”

In a February 22 column, former state delegate Kristen Amundson lamented the fact that “In 2016-17, black students were suspended at rates five times higher than Hispanics and whites.” She suggested that subjectivity and subconscious racism were causing the higher black suspension rate. She wrote that “black students are more likely than their white peers to be suspended — even for minor violations….Typically, suspensions for major offenses (such as bringing a weapon to school) are not the problem. Rather, it’s the judgment calls, particularly for things like ‘disrespect,’ that account for the greatest racial variance.”

But neither racism nor subjectivity is the primary cause of the higher black suspension rate. A 2014 study by John Paul Wright and several other professors in the Journal of Criminal Justice, found students’ “prior problem behavior,” not racism, explains the racial differences in suspension rates.

Kamras apparently disagrees with this study. As he conceded, some people “have suggested” that the higher black suspension rate “is due to differences in students’ behavior.” But, he argued, “a 2012 investigation by the Office of Civil Rights for the U.S. Department of Education found that wasn’t the case,” finding “examples where African American students” were “punished more harshly than white students.”

Courts have recognized that misbehavior rates can differ by race. The federal appeals court in Richmond said in 2001 that “disparity” in discipline rates does not “constitute discrimination.” (See Belk v. Charlotte-Mecklenburg Board of Education).

Similarly, in 1997, another federal appeals court struck down a rule that forbade a “a school district to refer a higher percentage of minority students than of white students for discipline,” calling it an unconstitutional racial quota. (See People Who Care v. Rockford Board of Education).

As education expert Michael Petrilli notes, black students admit in surveys to misbehaving at higher rates. In a 2018 commentary for the Thomas B. Fordham Institute, he noted that black students admitted to “going to class late” at about twice the rate for whites, and nearly three times the rate for Asians, in 2009-10. And blacks admitted to getting into fights at over twice the rate for whites. Other surveys also show black students self-reporting higher rates of fighting or other misbehavior. (See, e.g., National Center for Education Statistics’ “Indicators of School Crime and Safety: 2016,” on page 87, Table 13.2)).

Asians have the lowest school suspension rates of all, lower than whites. That contradicts claims that whites are receiving preferential treatment in school discipline based on their race, and that schools are practicing “white supremacy.” For example, Asians were suspended at about one-fourth of the white rate, while whites in turn were suspended at one-fourth the black rate, in California. (See “2017 Brown Center Report on American Education,” at pg. 25).

Kristen Amundson suggested that racial differences in suspension rates were due to subjectivity and “judgment calls” by school officials, decisions that lead to black students being picked on for “minor” offenses such as “disrespect.” But this is not true: the federal appeals court in Philadelphia noted in 1996 that “statistical data” showed larger racial differences in discipline rates for serious, “very objective” offenses than for minor, “less objective” offenses. It also cited a lack of evidence for the notion that “misbehavior” occurs at the same rate among all “racial groups.” (See Coalition to Save Our Children v. State Board of Education of Delaware).

Amundson called for reducing suspensions of “students of color.” But that could harm innocent African-Americans by reducing their ability to learn and be safe. After all, much violence is black-on-black, and when a black student constantly disrupts class, that harms black classmates’ ability to learn. After suspensions were curbed in New York City, the Manhattan Institute’s Max Eden found that “schools where more than 90% of students were minorities experienced the worst” effects on school climate and safety. Indeed, the harm from curbing suspensions had “a disparate impact by race and socioeconomic status.” Eden noted in the New York Post that another “study by a University of Georgia professor found that efforts to decrease the racial-suspension gap actually increase the racial achievement gap.” Joshua Kinsler found that “in public schools with discipline problems, it hurts those innocent African American children academically to keep disruptive students in the classroom,” and “cutting out-of-school suspensions in those schools widens the black-white academic achievement gap.”

This article has been republished with permission of Liberty Unyielding.