‘Is It OK to Still Have Children?’ 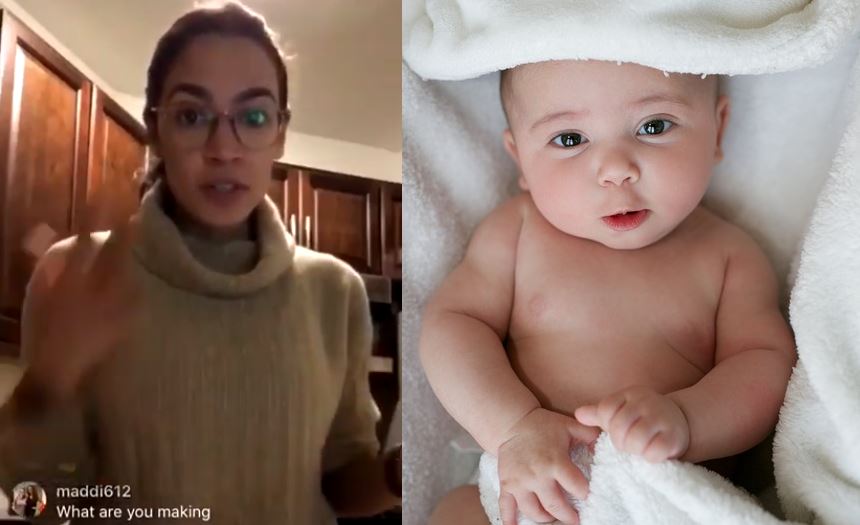 Is it morally permissible to have children? That question – which should have gone out with “What’s your sign?” or “Who shot J.R.?” in the 1980s – has come roaring back in a United States in which the birthrate continually hits new lows.

Alexandria Ocasio-Cortez asked the question in a video she posted on social media this weekend. AOC fears that children will degrade the environment through increasing our collective carbon footprint, and that a world ravaged by climate change would be unfit for children:

There’s scientific consensus that the lives of children are going to be very difficult, and it does lead, I think, young people to have a legitimate question: ya know, should – Is it OK to still have children? And I mean, not only just financially, because people are graduating with 20, 30, $100,000 worth of student loan debt, and so they can’t even afford to have kids in the house, but also just this basic moral question, like what do we do? And, and even if you don’t have kids, there are still children here in the world, and we have a moral obligation to them, and, to leave a better world for them.

(She went on to contend that Zimbabwe under Marxist dictator Robert Mugabe was a capitalist nation, that “watered-down” versions of her Green New Deal “are frankly going to kill us,” and even “now we are dying by the thousands” – but one moral outrage at a time.)

AOC has become the latest exponent of the notion that human beings threaten the environment, or that previous generations have so degraded the environment that their children may be better off if they were born. Economist Thomas Malthus warned that the earth would quickly reach its carrying capacity more than 200 years ago. In the late 1960s and 1970s, Paul Ehrlich almost single-handedly caused an entire generation to embrace zero population growth with his book The Population Bomb. Ehrlich forecast that the earth’s resources would soon run dry, precipitating a “great die-off” that would commence in the 1980s. He and his protégé, future Obama Science Czar John Holdren, wrote that the problem may demand “laws requiring compulsory abortion.”

Then, two things happened that should have put this notion to rest for good. First, in the 1980s, Ehrlich’s predictions failed spectacularly. Resources met the upward curve of population growth as new technologies emerged and old products gave way to more efficient ones. Second, the birthrate in the West began its long, and virtually unbroken, decline.

Yet in recent years, Ehrlich’s analysis has reemerged as a guiding light to younger generations (as has Ehrlich himself). NBC News ran an op-ed titled, “Science proves kids are bad for Earth. Morality suggests we stop having them.” Sarah Conly, the chair of the philosophy department at Bowdoin College, wrote in the Boston Globe that “China’s One-Child Policy is a Good Thing.” And some young couples on both sides of the Atlantic have vowed not to have children, in order to spare the earth the 58.6 tons of carbon emissions each child is estimated to produce each year.

Today’s population control arguments are environmentally friendly only insofar as they use largely recycled material.

Unfortunately, they reproduce the same errors as Ehrlich. Lyman Stone of AEI has found the underlying source of this 58.6-ton estimate assumes static technology and resources. Yet hand-in-hand with rising population rates, the world has seen the global food supply, dietary supply adequacy, and life expectancy have risen as infant mortality rates fell.

The West stands at greater risk from a demographic implosion. Architects of the welfare state designed intergenerational wealth transfers, like old age pensions and Medicare, to operate on a pyramid-like structure: a broad base of taxpayers supporting a tiny group of elderly. As Baby Boomers begin retiring, the shrinking ratio of taxpayers-to-retirees places ever-greater burdens on the young. Similarly, the $22 trillion national debt, run up by their elders, will have to be paid by a smaller number of younger people. The interest on the national debt alone threatens to become the largest U.S. budget item, crowding out other spending options. A shrinking population is associated with lower economic growth and dynamism, as well.

The last thing the West needs in the face of these crises is smaller population.

These impending social challenges come as the West has rejected the Judeo-Christian view that every life is sacred. Pagans viewed babies (especially girls) as a burden and killed newborn infants through exposure. The leavening of society by Christian principles ended this barbaric practice.

The contemporary Roman Catholic marriage ceremony contains five references to the procreation of children; the Eastern Orthodox marriage ceremony has 10. Talmudic literature holds that “the world was created only for procreation.” A rational theology holds that a wise and benevolent God does not bless, much less command, that which brings a curse upon His creation.

Christianity teaches that every human being is endowed with reason by which the human race overcomes the limits of nature by unlocking the secrets embedded in it by the hand of God. As the Judeo-Christian life ethic spread, so did population growth and technological progress. Thanks to this process, it is the West where CO2 emissions have fallen the most. The developing world, using less efficient technology, has a far more significant carbon footprint.

And one of the children never born to a science-loving couple may have been the one to invent the pivotal breakthrough in environmental energy or technology.