How Craftsmanship Can Save the World 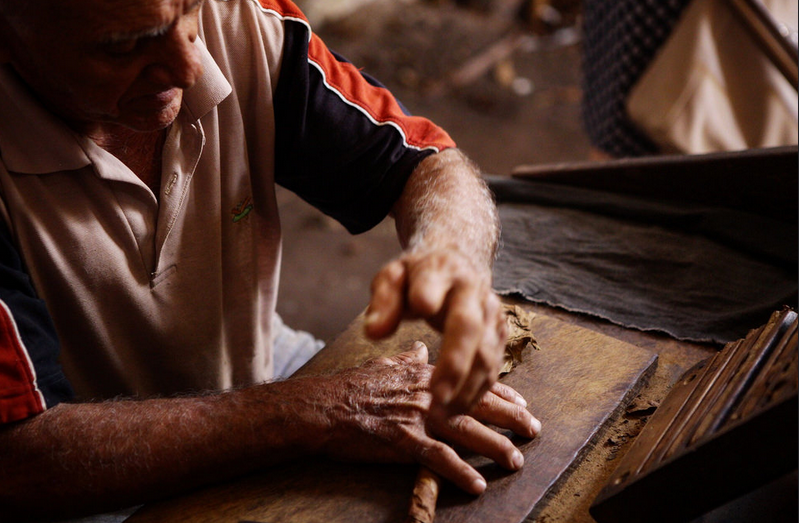 “Right before me, in full view and in all its perfection, was that work of beauty, no, that miracle, the Cologne Cathedral. More than its intricate ornamentation, it was its spiritual depth that struck me, its towers and spires striving up to the heavens. I gasped, and stared with my mouth open…” Aleksandr Solzhenitsyn’s description of the moment that he first set eyes on the Gothic splendor of Cologne Cathedral echoes the way that countless others have seen it across the centuries. It takes our breath away. It lifts up the heart and the mind to the heavens. Its spires inspire us, pointing us upwards towards higher things. It is, in this sense, a prayer, a praising of God in stone and form. An edifice that edifies.

And what is true of Cologne Cathedral is true of Chartres, or Saint Peter’s Basilica, or countless other churches and cathedrals with which Christendom has blessed us. When we see them we experience the kiss of beauty shining forth goodness and truth.

When we ponder the presence of such splendor, we should be moved to rejoice not only in the finished work of architecture but in the work of men’s hands which had made it possible. What skill and craftsmanship were necessary to bring forth such masterpieces of stone and glass!

Such thoughts come to mind when considering the radical vision of a new college in Charleston, South Carolina. The American College of the Building Arts (ACBA) is unlike any college that I know. Indeed it is the only school in the entire country offering a four-year degree in traditional craftsmanship. “Along with pens, paper, books, and computers, students here learn with trowels, chisels, hammers, and anvils,” writes Logan Ward in the current issue of Garden & Gun. “They shape timbers into soaring architectural statements, carve fireplace mantels from limestone, twist red-hot iron into filigreed gates.”

The ACBA can trace its origins to Hurricane Hugo, which battered Charleston in 1989, causing extensive damage to the city’s architectural heritage. The college could be said, therefore, to have risen phoenix-like from the ashes or the rubble which remained in the storm’s wake. When preservation groups began raising funds to repair the damage done to the city’s historic buildings they discovered that there were not enough old-school craftsmen to do the repairs, not merely in the Charleston area but in the whole country. Craftsmen had to be brought in from Europe to replace or repair carved eighteenth-century cornices, piazza balustrades, and ornate plaster moldings.

Responding to the woeful deficiency in home-grown traditional craftsmen, the Historic Charleston Foundation launched a training program in traditional building-crafts for high-school students in 1992. Seven years later, this initiative metamorphosed into the School of the Building Arts, or SoBA, a community workshop specializing in architectural ironwork, masonry, stone carving, plasterwork, carpentry, and timber framing. In 2004, a liberal-arts curriculum was added and SoBA became a four-year degree program, changing its name to the American College of the Building Arts.

In its few short years of existence, ACBA students and graduates have already claimed a considerable living legacy. Along with the many restoration projects in Charleston, they have repaired the U.S. Capitol dome’s ironwork, and have even taken their skills to Europe, restoring stonework in the thirteenth-century Lincoln Cathedral in England, and rebuilding a garden folly at Hundisburg Castle in Germany. And there’s more, as Logan Ward explains: “Thanks to a flourishing appreciation for craft across the culture—food, beer, spirits, furniture, knives, clothing, you name it—more and more commissions involve starting from scratch.” These include the carving of an elaborate stone gate, commissioned by the University of Arkansas, and a new timber-frame welcome center at Charleston’s Drayton Hall estate.

“At first, the school was bent on the idea of preservation because of Hugo,” William Bates, a professor of architecture and allied arts at ACBA told Mr. Ward. “The icing on the cake was the realization that a lot of graduates are going into new construction.”

Apart from the hands-on training in the various traditional crafts, the liberal-arts curriculum is tailored to fit the specific needs of the school. Science classes relate to the physical qualities of building materials and the physics of why materials fail. History classes focus on architecture, and math classes focus on geometry, enabling the students to make complex cuts and joints.

All lovers of beauty and tradition will rejoice at the emergence of the American College of the Building Arts and will hope that it is the first of many such schools to be established in the future. It is radical in the best sense of the word, insofar as it is rooted in the heritage of traditional craftsmanship (radicalis meaning “root” in Latin). It is also grounded, insofar as it seeks to build beautiful structures that will endure the sands of time and the winds of change.

“What are the roots that clutch,” asked T. S. Eliot plaintively of the ugliness of the modern waste land, “what branches grow out of this stony rubbish?” The fruits of the craftsmanship learned by students at the ACBA, “with presented nakedness, will outface the winds and persecutions of the sky,” as King Lear might say, not merely facing down future hurricanes but also the dust storm in modernity’s prefabricated architectural desert. If, as Dosotoyevsky claimed, beauty will save the world, then the makers of beautiful things will be necessary for the world’s salvation. If this is so, we should rejoice at the resurrection of traditional craftsmanship that the American College of the Building Arts portends.