Christopher Hitchens on Why We Desperately Need Free Speech 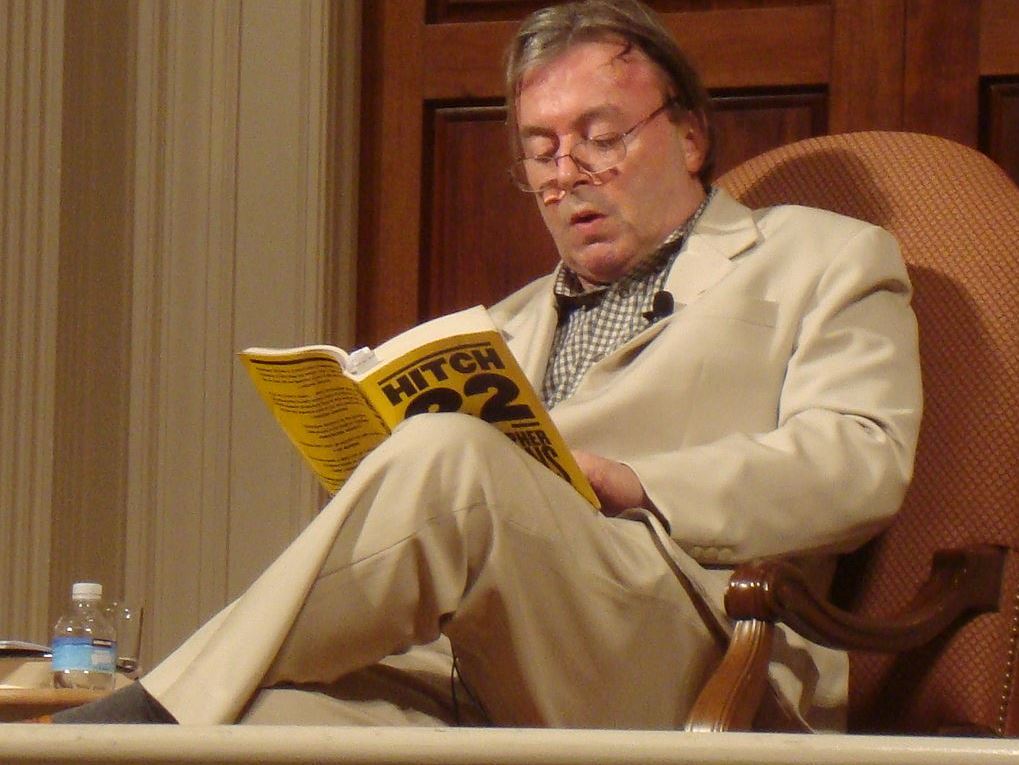 One sentence. Five restrictions on the power of the government of the United States.

Congress shall make no law respecting an establishment of religion, or prohibiting the free exercise thereof; or abridging the freedom of speech, or of the press; or the right of the people peaceably to assemble, and to petition the Government for a redress of grievances.

For more than two hundred years, Americans have benefited from the First Amendment. They were able to choose and practice their own religious faith; they were able to criticize openly the government or their political opponents; a free press helped keep that government in check and offered a venue for different points of view; lawful protests allowed various groups to bring their ideas into the public square.

Today the United States remains one of the few countries in the world where free speech is tolerated by law. Canada and the European Union both have enacted hate speech laws that affect everything from online sites to remarks made in the public square. And these hate speech laws are the kinder, gentler face of censorship. In countries like China, Cuba, Russia, Venezuela, and North Korea, to speak your mind publicly, to assemble peaceably, or to practice your religious faith can bring lost social privileges, imprisonment, and even death.

The Universal Declaration of Human Rights of the United Nations states that “Everyone has the right to freedom of opinion and expression; this right includes freedom to hold opinions without interference and to seek, receive and impart information and ideas through any media and regardless of frontiers.”

Great idea, but dead in the water in a majority of nations.

Here in the United States some have called for changing or even abandoning the First Amendment. They claim these freedoms, and the Constitution itself, are horse-and-buggy relics in our new age of high-speed technology.

Others have taken it upon themselves to restrict the freedom of speech. On many college campuses, radicals have either banned or shouted down speakers, most of whom are conservatives. Various outfits like Twitter and Facebook have suspended or banned altogether those whose political views they find offensive.

Then there are the countless examples of those who make some public remark, often innocuous, that someone else finds offensive. That’s when the onslaught begins. The Puritans had their stocks and whipping posts; we have our social justice warrior mobs ready to humiliate or threaten everyone from a girl wearing a prom dress deemed culturally inappropriate to a comedian’s joke in a nightclub.

Freedom of speech means hearing opinions we may find offensive, but where is it written that we have the right not to be offended?  If we disagree with the political opinions of a campus speaker, we have the right to picket that speaker, but not the right to shout him down or drive him from the stage. When we do so, we are destroying the rights of those who wish to listen to him. We are also destroying our own opportunity to hear an opponent and respond with reason and arguments to his position.

Christopher Hitchens once offered these thoughts on free speech in a controversial lecture:

Indeed as John Stuart Mill said: if all of society were agreed on the truth and beauty and value of one proposition, all except one person it would be most important, in fact it would become even more important, that that one heretic be heard because we would still benefit from his perhaps outrageous or appalling view.

Hitchens ends by saying to his audience, “You are giving away what is most precious in your own society.”

Freedom of speech, freedom to practice our religion—Hitchens was an atheist who despised Christianity, indeed all religions, but our First Amendment entitles him to these views—freedom of the press, freedom of assembly: these are some things that should be most precious to us. They are the foundation stones of our freedom.

And we must fight to keep them.