Adolescents Have a Fundamental Need to Contribute 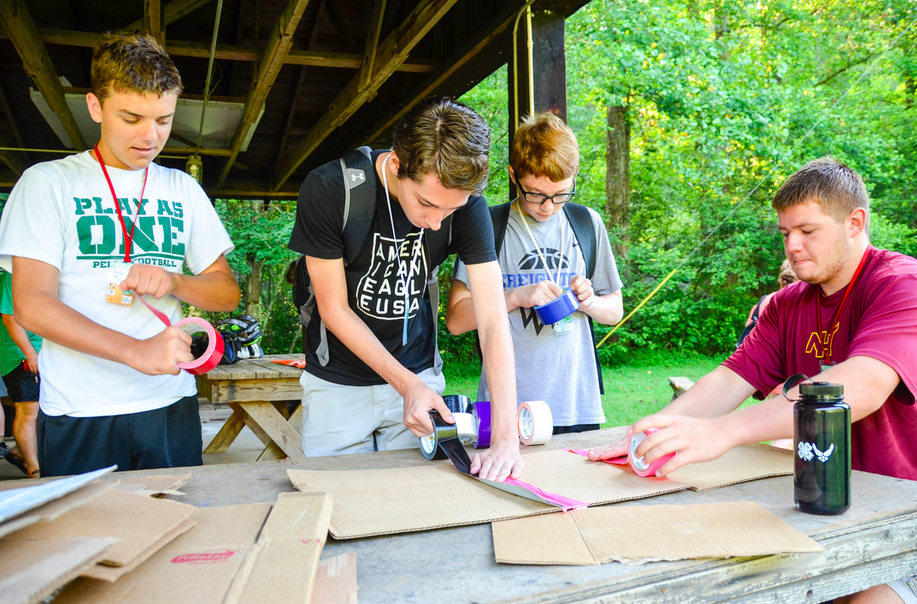 No longer children but not yet adults, adolescents need opportunities to learn and prepare for their entrance into the broader society. But, as schooling increasingly extends the adolescent period and teenagers get dismissed as supposedly selfish and irresponsible, has society forgotten an important developmental need of our youth?

As a developmental scientist who focuses on adolescence, I reviewed dozens of studies and found that this age group has a fundamental need to contribute to others – to provide support, resources or help toward a shared goal. Contributing helps them achieve autonomy, identity and intimacy – important milestones on the way to adulthood.

As teenagers grow up, their brains are developing in ways that appear to support the increasingly complex ways of thinking and behaving that underlie giving to others. And being able to make meaningful contributions predicts better psychological and physical health among youth as well as adults. I believe it’s time to move away from outdated stereotypes of adolescents as only selfish and dangerous risk-takers and to consider how they are ripe for learning about contributing to others and their communities.

It’s Human Nature to Give, Even For Adolescents

For decades, economists and other scientists have asked thousands of people to play experimental games that ask people to give and share money and other resources with one another. These studies have consistently shown that adults generally will provide some resources to others – some estimates put the average at around 30 percent of their allotments – even if they don’t know the recipients and expect nothing in return.

Adolescents are generous, too. Several labs around the world have reported on the tendency for youth to share at least some of their money or rewards with others in these games, even at a cost to themselves. Studies in the Netherlands suggested that adolescents aged 9 to 18 will make a costly donation to friends between 50 and 75 percent of the time. They’ll donate even to strangers at a cost to themselves between 30 and 50 percent of the time. In research our team has conducted, American adolescents agreed to give money to family at a loss to themselves about two-thirds of the time.

Add in the fact that teenagers consistently report their friends as their most frequent source of emotional and social support, and a picture emerges of adolescents as a group primed to contribute to others.

The adolescent brain gets blamed for a lot of bad behavior, such as delinquency and substance use. But this reputation is undergoing a rehabilitation.

Neuroscience research shows that brain regions related to reward – such as the ventral and dorsal striatum – become more sensitive during the teen years. At the same time, they’re strengthening connections to brain areas relevant for cognitive control, like the prefrontal cortex. Together these developments in the growing brain may be instrumental in the exploratory learning, creativity and cognitive flexibility essential to becoming an adult.

These regions and networks, as well as those relevant for thinking about other people, have been implicated in prosocial and giving behaviors. Our team’s studies have shown that several regions – such as the ventral and dorsal striatum and the dorsolateral and dorsomedial prefrontal cortex – are active when adolescents make costly donations to their family. Among youth who place great importance on helping family, we saw even more activation in additional regions related to social cognition and in the connections between them. Other researchers have obtained similar results.

These are the very same neural networks that undergo the most change during the adolescent years. The networks seem to be active during the complex decision-making – to whom, when, how much, do they really need it? – that can be involved in sharing resources, support and effort with others. It’s tricky to work through these kinds of difficult questions. The developing brain may enable youth to learn how to make the computations necessary to answer them.

Giving Benefits the Giver, Too

Contribution helps givers and receivers. More and more evidence links giving and doing things for others with improved psychological and physical health. Volunteering and providing assistance has been correlated with lower mortality, fewer health problems and less depression.

And of course adolescents experience such benefits, as well. In an intriguing study, researchers randomly assigned one group of youths to participate in a program providing support and companionship to the elderly. Compared to a control group of teens, these adolescents later had lower circulating levels of inflammation – a marker known to be associated with a variety of chronic health problems.

Another study observed that helping others on a daily basis improved the mood of youth, particularly for those who suffered from higher levels of depressive symptoms. Our team even observed that adolescents were significantly happier on days in which they helped their families, due in part to their sense of fulfilling an important role in the family.

Helping Meet the Need to Contribute

Providing youth with the opportunity to make contributions to others would seem to be a win-win: Youth gain skills and maintain well-being while communities benefit from their efforts. But are adolescents currently offered such opportunities in their daily lives?

First think about the home setting. Do families give adolescents a chance to participate in decision-making that affects themselves and their relatives? Do youth make instrumental contributions to their families, whether through daily chores or in more substantial ways like helping siblings with schoolwork?

In the school environment, do students feel as if their opinions are valued and their suggestions are considered? Are there enough slots in student leadership and extracurricular activities to give all students the opportunity to participate?

In the broader community, people must be welcoming of adolescents’ unique contributions, even when they may differ from the adults’. Are quality programs – those that allow youth to have a say – equitably available to the ethnically and economically diverse youth of today? Several national organizations such as Boys and Girls Clubs of America and 4-H aim to make it so, but limited resources can be a significant hurdle.

Figuring out ways to promote youth contribution can be challenging. Decisions need to be made about the appropriate type and amount, and responsible adults sometimes need to limit what adolescents can and should do. For example, participation in student governance would be positive, but taking on excessive job responsibilities that interfere with schooling and sleep would be detrimental. These decisions likely vary according to the norms and values of each community. And people must make a conscious effort to confront parochialism, by which adolescents and adults tend to give and do more for others like themselves.

Nevertheless, at a time in history when many economies no longer depend upon child and adolescent labor, perhaps the understandable desire to protect youth has led many people to forget an important ingredient in the period of life often called the “apprenticeship for adulthood.” Adolescents appear to be primed to give and contribute to others. They and our communities could benefit greatly if we collectively find more opportunities for them to do so in their daily lives.