Why Ocasio-Cortez is Not Dangerous, but Her Followers Are 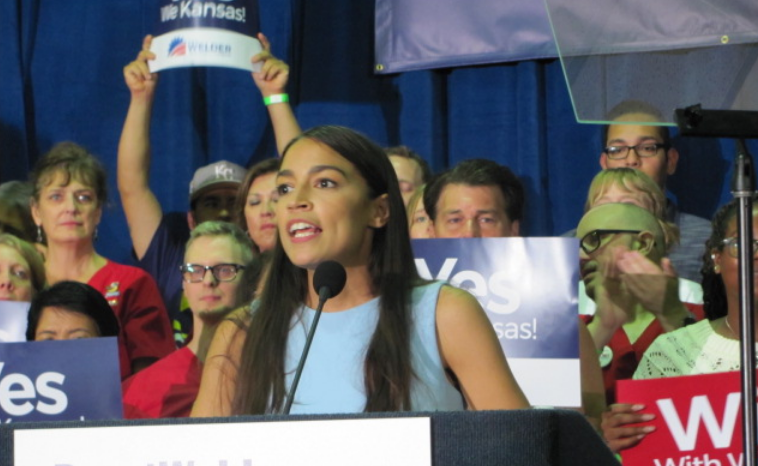 Woods is rightfully alarmed about the growing appeal of democratic socialism. Perhaps, though, he isn’t looking at the real source of the threat. Rep. Alexandria Ocasio-Cortez is a symptom of a more profound disease. The problem isn’t Ocasio-Cortez’s proposals, such as a 70 percent marginal tax rate on income of over 10 million dollars a year; the real problem is the millions of Americans who support her ideas. Without their support, Ocasio-Cortez’s power would be limited to the influence she has on the thoughts of her friends.

A recent poll shows more support than opposition for her steep increase in taxes.

Towards the end of my University teaching days, I became frustrated by undergraduate students who thought their feelings were proof of their ideas. Seeing human suffering, they thought it was self-evident that greedy corporations and self-interested individuals were responsible for the suffering.

When someone is responsible, the students reasoned, someone could and should fix the suffering.  Further, since they thought greedy corporations and self-interested individuals were at fault, the students concluded, the only solution was more government programs and higher taxes.

For some students, no amount of historical evidence or economic theory would get them to consider that they were wrong. Still worse, some students refused to believe verifiable, historical facts on the reduction of poverty in recent centuries. Facts and theories about how human beings flourish could not inform their thinking as long as their feelings fueled their view of solutions.

They were young people, but they already had fossilized minds. Perhaps you know someone with a fossilized mind. Perhaps a relative has been rehearsing his grievance against a family member for the past 50 years. You know his mind is fossilized when every piece of evidence, every idea about happiness and well-being, is filtered out by his choice to hold on to his grievance. There is no possibility of change. A mind that has gone to seed is a mind that has gone to waste.

When we allow our mind to go to seed, thoughts of envy take root. Why? A fossilized mind has difficulty considering new ideas; and yet, it takes consideration of new ideas for change to occur. It takes a fresh look at nutrition and exercise to inspire us to improve our health. It takes a fresh look at the research about relationships and happiness to build lasting, loving marriages. It takes a commitment to study the qualities for career advancement to succeed in the workplace.

“The champions of socialism call themselves progressives,” Ludwig von Mises observed in his book Bureaucracy, “but they recommend a system which is characterized by rigid observance of routine and by a resistance to every kind of improvement.”  Von Mises continued:

It is no accident that communism grew in Russia. “The destructive role of envy in Russian life is a well-documented phenomenon in literature, folklore, and jokes,” writes Julie Corwin. Corwin observes that:

Michael Davies, executive producer of the TV game show ‘Who Wants To Be a Millionaire,’ reportedly said that in the Russian version of the program, television audiences occasionally lie when contestants turn to them for help in answering questions.

Why would those in the audience lie? “People [in Russia] can’t stand to see anyone win,” Davies concluded.

Then there is this dark Russian joke lampooning their destructive envy: “A genie says to a peasant, ‘I will grant you any wish, but remember that I will give your neighbor twice what I give you.’ The peasant thinks for a while and responds, ‘Poke out one of my eyes.’”

Are Americans ready to poke out their own eyes? Do those who support higher tax rates on the wealthy understand they will injure themselves? George Will writes:

It is…the nature of reality that burdens imposed on the wealthy minority can injure the majority by impairing economic incentives, thereby suppressing growth. Progressive taxation reduces the rewards of investments and the real rate of return on savings, thereby encouraging consumption over saving and hence over capital formation. When progressive taxation slows economic growth, it makes inequalities of wealth more durable by retarding the accumulation of new fortunes.

Ocasio-Cortez is in service to the ideas of the envious and the ignorant. The only cure is sound economic education and spiritual awakening. “There is a time in every man’s education,” wrote Ralph Waldo Emerson in his classic essay “Self-Reliance,” “when he arrives at the conviction that envy is ignorance…”

Let’s hope that time arrives before it is too late.