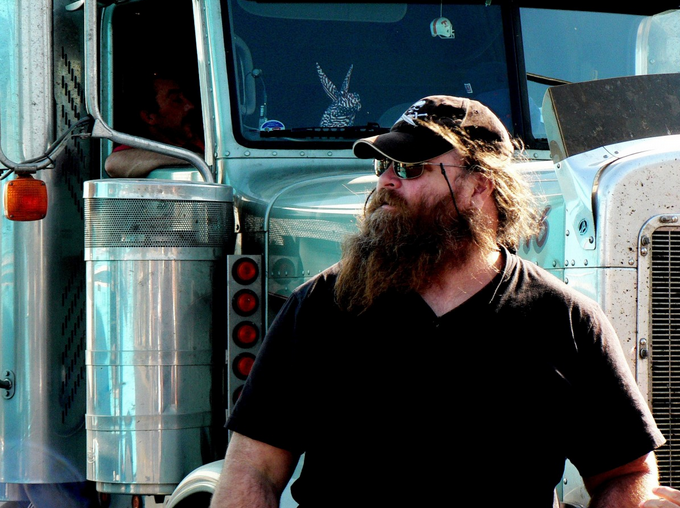 Recently I met a man who could serve as the billboard for “toxic masculinity.”

It was mid-January, a Tuesday, and a deer had smashed into my Honda Accord on I-81 in Southwestern Virginia. That collision destroyed the passenger side of the car from the headlight to the door, heavily damaged the engine, and left the car inoperable. After getting safely to the berm, I made various phone calls—the state police, my insurance company, AAA, a couple of my children. AAA, whose members receive 100 miles of free towing, arranged for the car to be towed to a body shop in Tennessee, where an in-law picked me up and returned me to my home town.

The ride in the tow truck took approximately 75 minutes. The driver was a burley man about six feet tall, a native of these hills who smoked a Marlboro when we stopped for gas, chugged Mountain Dew in the cab of the truck, liked beer, NASCAR, and fly fishing, lacked the grammar and elocution of an Ivy Leaguer, talked in a loud voice, and commented frequently on the bad drivers we encountered.

He also told me several stories of his life. Perhaps the one that best sums him up came when he told me he was engaged.

“How did you meet your fiancée?” I asked.

You have to imagine his reply delivered in the rough, country voice common to men in this part of the South. “Well,” he said, “I was driving through the parking lot at the K-Mart when I saw this dude beating on a woman. I raced over to them in my truck, slammed on the brakes, jumped out, and started beating on the dude. Turns out that he was the woman’s husband. Anyway, they split up after that, and now she’s my fiancée.”

He shook his head in disgust. “I don’t care who he is or how big he is,” he said after another moment. “I see a guy hitting a woman, I’m going to whoop his a**. It ain’t right. That’s how I was raised.”

Men like this tow truck driver—and there are millions of them—are despised today. The American Psychological Association, which recently released APA Guidelines for Psychological Practice with Boys and Men, a document stating that such male characteristics as stoicism, competitiveness, and aggression can be harmful, would doubtless label the tow truck driver disturbed. The folks who made the recent advertisement for Gillette razors would not look at this driver as one of the good guys.

Certainly some of our political and media elites would look with contempt on this man. He would belong to what Hilary Clinton called “a basket of deplorables,” what Politico reporter Marco Caputo called “garbage people.” To them, and to many others, this man is just another one of the yahoos living in flyover country, one more dumbbell in the great horde of the ignorant and the unwashed.

Time to raise some questions.

Who gave these politicians and reporters—or anyone else, for that matter—the right to smear entire groups of human beings?

How does the American Psychological Association derive the authority to categorize men rather than treating them as individuals?

Is there such a creature as “toxic femininity?” If so, can someone describe this creature?

Finally, who gets to define “toxic masculinity?”

In the weeks following the 9/11 attacks on the Twin Towers, the hundreds of firefighters, police, and emergency medics who had died trying to rescue people were hailed as heroes. Nearly all of the rescuers who fell that day were men. Did “toxic masculinity” cause them to race into burning buildings?

As for the tow truck driver and men like him, I only hope one of them is on the scene when a man begins beating a woman in a parking lot. I hope, too, that when your car is totaled on the highway, you get a tow truck driver who arrives at the time promised, hauls your car to a garage, and makes sure all the paperwork is complete. You know, one of the garbage people.

It’s time we dumped smears like “toxic masculinity” and “garbage people.” It’s time, as well, to quit labeling and denigrating people we never speak to except when we need them to put out fires, haul our broken cars, repair our plumbing, and do any of the other myriad tasks that keep us safe and our belongings intact.