What the Popularity of DNA Tests Really Tells Us 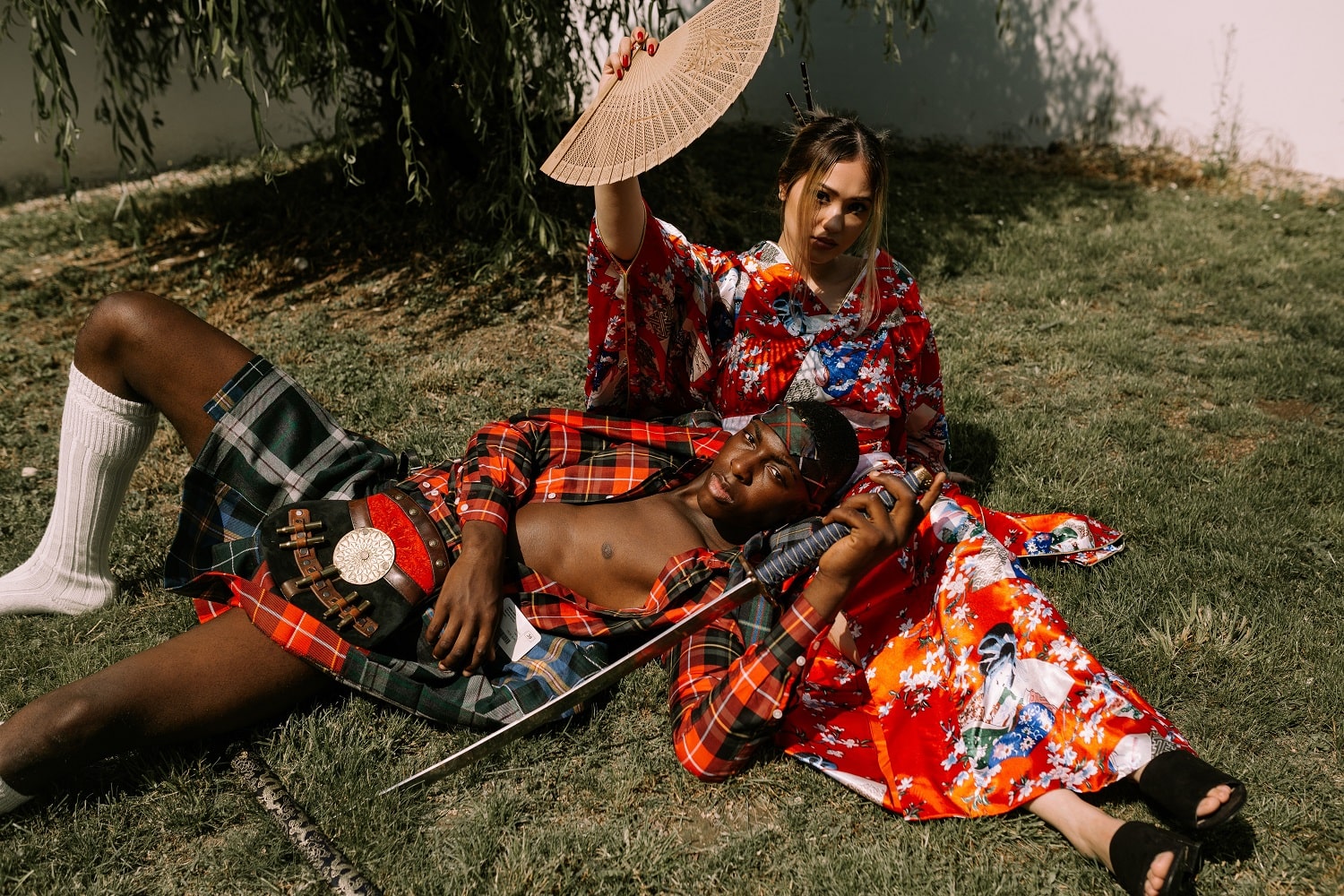 Watch a YouTube video, browse Facebook, or (if you’re old-fashioned) turn on a television, and you might well see an advertisement for DNA-profiling services. DNA tests have become ubiquitous as sequencing technology has improved. Companies now sell you a product that can supposedly tell you how much of your DNA comes from various regions of the earth. In other words, even without precise genealogical records, you could learn things about your heritage and where your ancestors come from.

But these tests don’t settle for telling you facts about your genetics; they suggest that they can tell you something deep about who you truly are. You can better understand yourself, the companies suggest, if you know where you come from. In this process of discovery, you can “find yourself,” or inspire yourself to something greater. As Ancestry.com says in its commercials, through these tests you can “unlock your past [and] inspire your future.”

The drive to understand your past is nothing new. Genealogical research has been a keen interest of many since long before DNA technology and the internet. My grandfather spent years handwriting letters to people with shared last names and searching for birth records, baptismal and marriage certificates, photographs of headstones, and anything else that could help him situate where he, his family, and his name came from.

But the present interest in DNA tests has kindled a desire not only to know family history but also to connect to places and ethnicities with cultural traditions distinct from our own. In one 23andMe commercial, for example, a woman finds that she has 29 percent East Asian, 3 percent Scandinavian, and 46 percent West African DNA. The commercial depicts her embarking on a journey of genetic tourism, visiting these regions and participating in activities that typify each place’s unique culture. This is the appeal of the DNA test: by experiencing the cultures in each of these places she is “from,” the woman in the commercial learns more about herself—and you, the customer, can do likewise.

The real question might be, why do we long for these things? And what do we expect to gain from knowing our genetic heritage?

The desire to know our origins or to place ourselves within the history of a particular group speaks to a deeply human longing to belong to something clearly defined. In other words, maybe what we hope to derive from these tests is exactly what the commercials for them promise: a people, a place, and a tradition in a time that frequently offers us none of those.

In Notes Towards a Definition of Culture, T. S. Eliot defines culture as “that which makes life worth living.” This is a broad definition for a reason; culture has no singular characteristic. Rather, it contains all the things we might casually associate with the term: music, dance, stories, cuisine. We can recognize distinct cultures throughout the world. In his own England, for example, Eliot said culture “includes all the characteristic activities and interests of a people: Derby Day, Henley Regatta, Cowes, the twelfth of August, a cup final, the dog races, the pin table, the dart board, Wensleydale cheese,” and more.

Culture, Eliot says, cannot be too homogenous, or it ceases to be identifiable. An ideal national culture, he says, consists of a variety of smaller cultures that conflict with and influence one another. One cannot imagine English literature without the influence of the Scots and the Welsh, for example. Of course, this requires knowing what Scottish culture, Welsh culture, and English culture look like, acknowledging that they are distinct, and accepting the distinctions as valuable.

These cultural markers are not mere curiosities; rather, they ground participants in that culture to a people and a heritage. Mark Mitchell argues in his essay “An Alternative to Cosmopolitanism”: “My relationships with cultural artifacts help to frame my understanding of myself and others. A particular language, a particular cuisine, a particular geography, climate, manners, stories, songs, metaphors—these all serve to make me who and how I am.” These things are, for Mitchell and Eliot, markers that show us where we belong in the world. In a way, they are bulwarks against an identity crisis. When these things are present, we have no need to go searching for an identity, through DNA tests or otherwise. But when we prioritize personal freedom, broad concepts of cosmopolitanism, or “world citizenship,” and economic growth, we often sacrifice the things that make us distinctively us: we sacrifice our culture.

The Homogenous and the Humane

Do we have these cultural markers today? In America, we might be tempted to say there are distinct cultures in the way that Eliot describes. After all, people still call themselves “southerners” or “northerners” or “midwesterners,” and we are told of various temperamental and cultural distinctions: southerners are slow, northerners are aggressive, midwesterners are nice, or what have you. Stereotypical accents, music, and food are associated with each.

But the contemporary commercial cosmopolitanism that Mitchell criticizes has eroded these cultural differences. We shop at strip malls that contain the same chain stores we can find a town, a city, or a state away. These strip malls are eating away at the market share of local shopping malls, which, as Ray Oldenburg argues in The Great Good Place, were themselves poor replacements for traditional Main Street shopping. We eat at chain restaurants that we can find wherever we please across the nation. We drive on interstates that frequently obscure the distinctive geographical beauties of the states we pass through, offering us merely an effective means to travel from one oasis of national chains to the other in our hurry to get where we are going.

Similarly, many of us leave our homes for school or employment, leaving behind any culture we might have had and frequently embracing the homogenous urban and suburban chain lifestyle. In other words, many of us live most of our lives in educational, economic, entertainment, and work spaces that might as well be in any other place for all they reflect any distinct “culture.”

Richard Weaver observed this tendency to homogeneity in his review of Eliot’s Notes Towards a Definition of Culture. In America, Weaver saw that “regionalists have had an uphill battle against nationalizing and centralizing tendencies.” When people find “that they can do profitable business with the national or general culture which is swallowing the region,” they frequently abandon the region in service of what Weaver calls “the American leviathan,” a homogenous mass that swallows regions whole.

If Weaver saw this centralization when he wrote his review nearly seventy years ago, how much more would he see it today? The flight away from dying regions into “diverse” metropolitan suburbs, lamented in books like J. D. Vance’s Hillbilly Elegy, continues.

But our very actions within these chain-based cosmopolitan centers speak to our dissatisfaction with the homogenous ideal. In our cities, we crave ethnic foods that could only have come out of unique cultures. In our travels, we seek out countries with distinct traditions that we can enjoy. And now we seek out some sort of cultural distinctiveness in our genetic ancestry. We tell ourselves, or Ancestry.com tells us (it’s hard to tell who is driving this movement), that if our DNA unfolds before us like a map, we can access a culture and a heritage of which we have been deprived.

DNA tests and the intrigue they promise are just one manifestation of a desire not just to experience but also to possess a truly rich and beautiful culture. We long for something more than what we have, so we ought to figure out what it is we lack and what can really fulfill that need. The tests are themselves a small form of revolt against the cosmopolitan ideal.

This grasping for culture speaks to a need that remains, despite our best efforts to quell it. “Localism” as a principle is growing in popularity and is being defended at length in books like Localism in the Mass Age. Many people are arguing for the necessity of regional cultures to prevail over the creep of crass cosmopolitanism. But the lasting success of this new localist movement depends on conscious awareness of our own needs, a willingness to sacrifice pure convenience, and a love of true culture as Eliot described it. It cannot be a veneer of hipsterisms while the majority of our time, effort, and money goes to support the dissolution of our local places.

Will You Be a Neighbor?

For all it might tell you about where your ancestors lived, a DNA test will not give your life meaning. Nor will the superficial genetic tourism portrayed in the commercials. What we require instead is a plan of action that Mitchell defends in his essay: an exercise of habitual place-making against the homogenizing cosmopolitanism of our age. This is what Mitchell calls “humane localism.” As he explains, “humane localism is rooted in respect, not in homogeneity; in love of one’s place, not hatred of other places; and in the realization that human flourishing is best realized in the company of friends and neighbors sharing a common place in the world.”

Rather than looking to exotic cultures contained “within” our DNA for purpose, we would be better served to do what Kurt Vonnegut once urged: “[put] some small part of the planet into something like safe and sane and decent order.”

This article was republished with permission from the Intercollegiate Review.