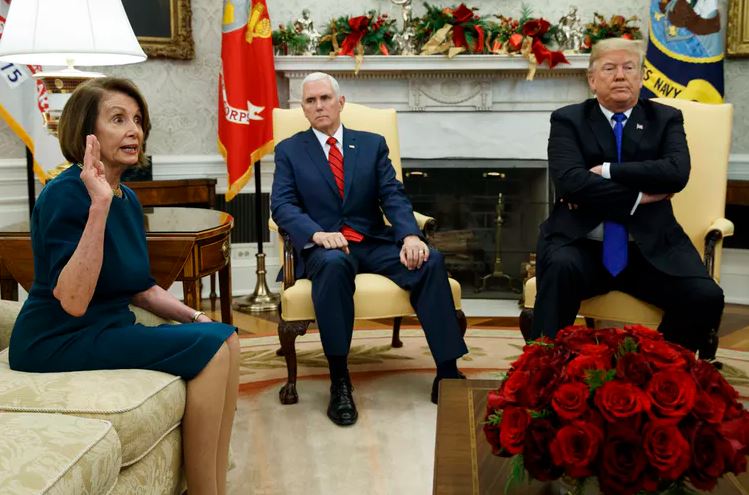 Jacob Neiheisel, an associate professor at the University at Buffalo, SUNY, answers five questions about how impeachment works – and why we’re unlikely to see President Donald Trump removed from office.

1. What sort of crime can lead to impeachment?

The U.S. Constitution states that the president can be removed from office after being both impeached and convicted for “Treason, Bribery, or other High Crimes and Misdemeanors.” Let’s consider each of these offenses.

Treason is notoriously difficult to prove, and is narrowly construed. For example, Aaron Burr – a former vice president – was allegedly involved in a plot to gather a force to create a separate nation on some of the lands that would eventually be obtained through the Louisiana Purchase. Part of the alleged plot involved encouraging western states to join him in this endeavor, and he planned to ask Spain and Britain for help. As president, Thomas Jefferson was convinced that Burr himself constituted a threat to the republic and used the incident to go after him. Yet absent witness testimony to the effect that Burr had committed an act of war against the United States, the jury in his treason trial quickly acquitted him of any wrongdoing.

So what about bribery? To date, no president has been charged with this crime. Could Trump be the first? Some have suggested that Trump’s apparent offer to pardon Paul Manafort and Michael Flynn could be construed as bribery. However, it seems a stretch considering the Supreme Court has tightened the federal definition of bribery in recent years. That said, impeachment is, at heart, a political process, not a legal one – so I wouldn’t entirely rule it out.

What exactly constitutes a “high crime” or “misdemeanor” has always been open to interpretation, but one thing is clear – partisan politics plays a role.

Scholars argue that Andrew Johnson, the first American president to be impeached, was targeted because of his “soft” approach to states of the former Confederacy during Reconstruction. The official reason was his violation of the Tenure of Office Act, a law that was later declared unconstitutional by the Supreme Court.

Articles of impeachment were brought against Bill Clinton for perjury, or lying under oath, and obstruction of justice, but there is little doubt that a Republican desire to weaken Clinton’s presidency was behind the charges.

Even Alexander Hamilton expected the process of impeachment to be overtly political. And President Gerald Ford put the matter bluntly when he described an impeachable offense as “whatever a majority of the House of Representatives considers it to be at a given moment in history.”

2. How does the process work?

Next comes a vote in the full House, with only a simple majority required.

If the House votes to impeach, the case is referred to the Senate for trial. The trial runs much like a criminal case, and witnesses can be called on either side. A supermajority, or two-thirds, of the Senate then has to vote to convict and remove the president from office.

Although two presidents, Andrew Johnson and Bill Clinton, have been impeached by the House, both avoided a conviction in the Senate and removal from office.

A common misconception is that the Supreme Court plays a major role in the proceedings. The chief justice does preside over impeachment trials in the Senate, but that is the court’s only role.

A Democratic-led House could certainly move to impeach the president, but any efforts to remove Trump from office would have to contend with the fact that the Senate is still in Republican hands. Democratic leaders in the House know this, of course, which likely explains their reluctance to take a firm stance on the matter. Reticence on the part of party leaders, however, has not prevented some members from pushing in that direction.

The articles of impeachment against Trump might look remarkably similar to those levied against Nixon and Clinton. The articles of impeachment drawn up by Democrats in November 2017 – articles that were recently reintroduced in the House – accuse the president of obstruction of justice related to the firing of FBI director James Comey, undermining the independence of the federal judiciary, accepting emoluments from a foreign government and other charges.

Although it is possible that Republican members of the Senate could join with Democrats in calling for Trump’s removal, as we saw happen in the run-up to Nixon’s resignation over the Watergate scandal, today’s polarized political environment makes such an occurrence unlikely absent clear and convincing evidence of major wrongdoing.

While Nixon’s impeachment was likely inevitable, with Democratic majorities in both houses of Congress in 1974, today substantial Republican defections from Trump would be essential to any movement toward impeachment.

If President Trump was removed from office, Vice President Mike Pence would be immediately sworn in. In the unlikely event that both the president and the vice president are impeached by the House and convicted by the Senate, Speaker of the House Nancy Pelosi would become president – but its hard to imagine Republicans in the House allowing this to happen.

5. Can officers other than the president be impeached?

Absolutely. In fact, 15 federal judges have been impeached, although only eight have been removed from the bench. The most recent example was in 2010 when federal Judge G. Thomas Porteous was found guilty on multiple articles of impeachment by the U.S. Senate. Porteous was found to have accepted bribes from lawyers with dealings before his court.

This article updates a version published on May 17, 2017.

Jacob Neiheisel, Assistant Professor in Political Science, University at Buffalo, The State University of New York. This article is republished from The Conversation under a Creative Commons license. Read the original article.