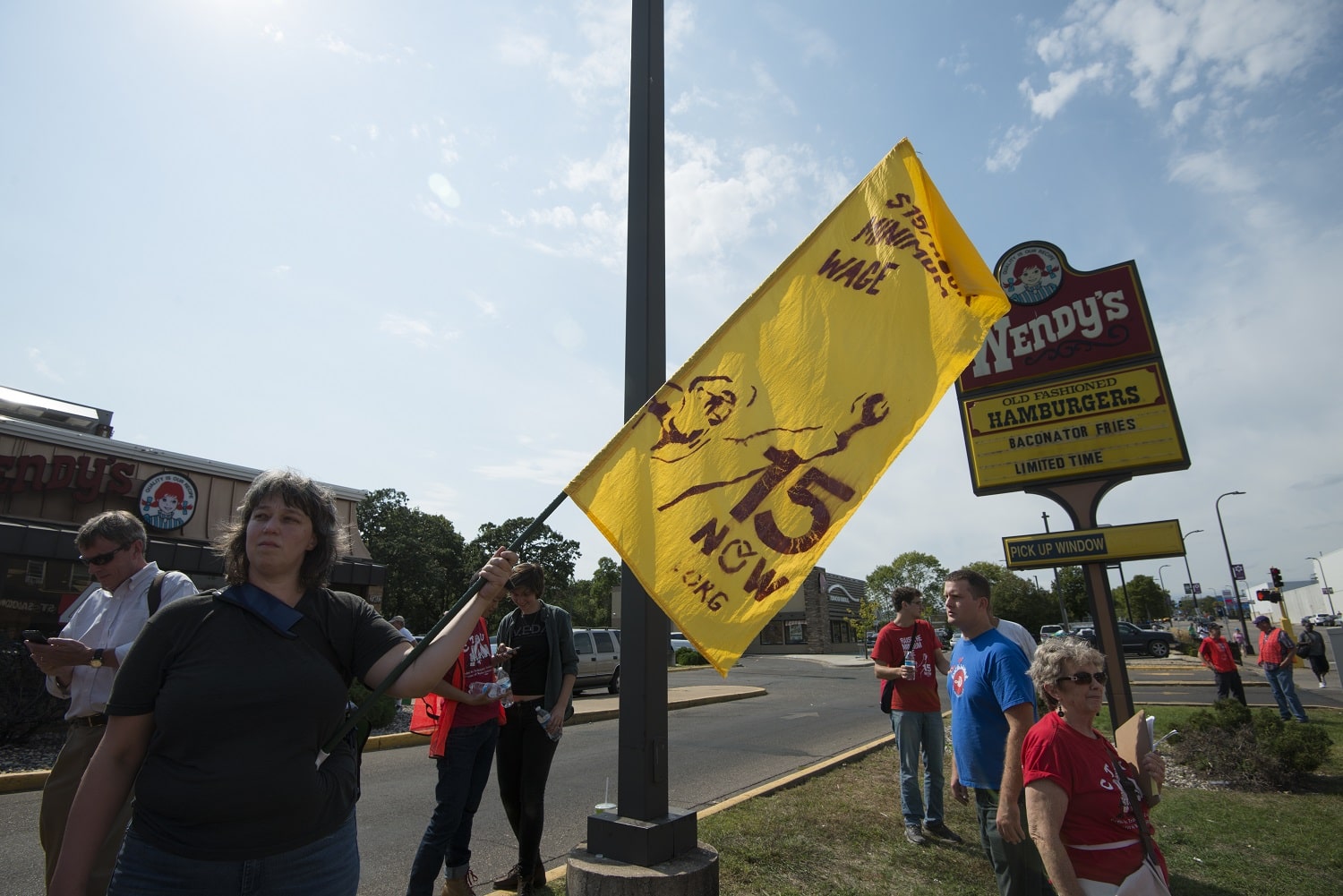 As the New Jersey legislature and governor debate the details of a hike in the state’s minimum wage to $15 an hour, it is worth taking a step back and contemplating one of the greatest thinkers in New Jersey history, Nobel Laureate John Nash. (Nash was the subject of the 2001 film A Beautiful Mind, starring Russell Crowe.)

In the most basic economic terms, a minimum wage is a price floor that distorts the supply-demand curve, thus creating an inefficiency. In layman’s terms, the minimum wage reduces employment for less-skilled and less-educated workers by forcing employers to pay a wage that is higher than what they would ordinarily pay for a certain job. This is generally the reasoning against raising the minimum wage or even having one to begin with, as The New York Times argued back in 1987. Perhaps a better way to look at the harmful effects of the minimum wage is as a Nash equilibrium problem.

A Nash equilibrium involves a system in which there are numerous participants, each with a strategy designed to maximize their own utility. Whether the participants cooperate or not, at some point they will each find a state in which no move makes them better off. It can be viewed as an iterative process. One person makes a decision that impacts the next, which impacts the next, and so on. This process continues until there are simply no more moves to make.

Of course we would. But why stop there? How about “Takin’ Twenty,” or “Thankful for Thirty,” or “Begging for Benjamins”? They are all fairly arbitrary. If anything, we might as well simply use “Show Me the Money.” That is because where this part of the equilibrium problem ends is at infinity—just some vague concept of as much money as possible. After all, $15.01 is better than $15.00, and so on, and so on, and so on.

We saw similar logic in the 1998 film There’s Something About Mary. In a scene where Ben Stiller’s character picks up a hitchhiker, a discussion about the “8 Minute Abs” video sheds light on the faulty logic that raising the minimum wage is premised on. If you can get great abs in eight minutes, why not a seven-minute workout? But if you can do it in seven minutes, why not six? This would, of course, lead all the way down to zero minutes, and thus with certainty no ab workout. On the way back up, it leads to an infinite workout. And of course, the optimal workout time is based on each individual’s needs.

The minimum wage level, as we push the number to infinity, is simply a line reflecting who gets harmed and who does not.

The minimum wage level, as we push the number to infinity, is simply a line reflecting who gets harmed and who does not. At some point, an employer simply cannot afford to hire an employee. At some point, there are simply no jobs to be had.

Then we start to bring the number back down. First to the realm of real numbers. Then to numbers that could feasibly lead to actual employment. Then to numbers that start to allow the most people to participate. Then to numbers that do not exclude those most in need of work to be employed. And finally, we settle on the level that takes the decision out of the hands of the government. It is not some arbitrary number. Rather, it is zero. As in, there is simply no level of a minimum wage that can make sense when looked at as a Nash equilibrium problem, where we take logical steps from zero to infinity and then all the way back down to zero.

Do we prefer the Nash equilibrium in which every person is free to choose their own employment path?

It is only at this final state, of which there does not exist a government-imposed—and arbitrary—minimum wage level that the system can find its true equilibrium. Only in this optimal state can every participant in the system determine at what level they are willing to work or offer employment based on their own ability and utility curve.

At any level above zero, a minimum wage has the potential to exclude someone from employment. At any level above zero, then, there exists the possibility of harm to people. At zero, that possibility simply does not exist. Do we prefer the Nash equilibrium in which every person is free to choose their own employment path? Or do we prefer allowing Governor Murphy and the New Jersey legislature, or the federal government for that matter, to arbitrarily pick a number at which there are some winners but mostly losers—the ones who can afford it the least?

This article was republished with permission from the Foundation for Economic Education.