The Government Shutdown Exposes Another Reason to Abolish the TSA 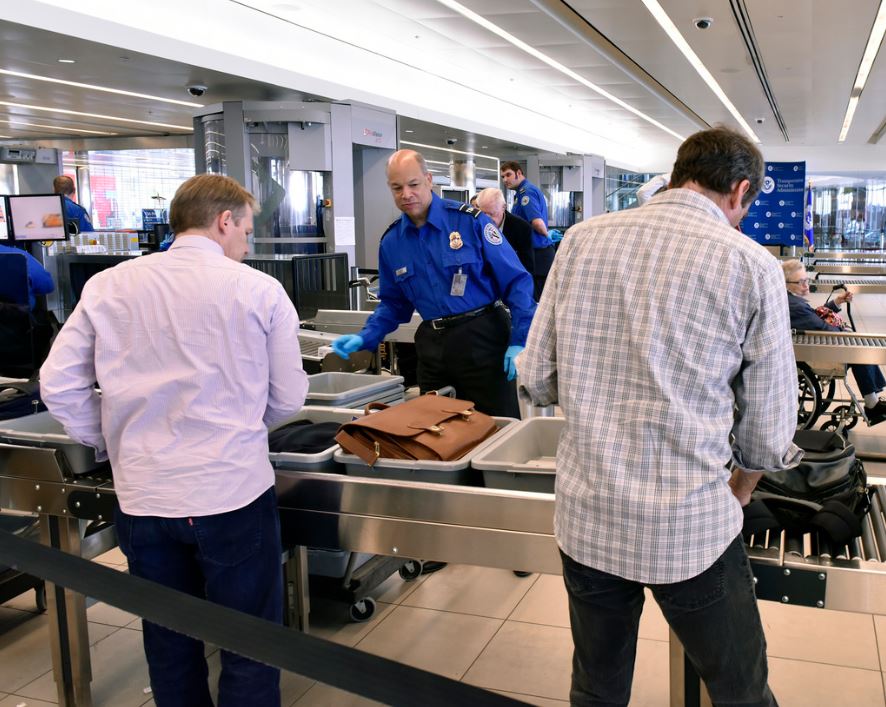 The Transportation Security Administration, a federal agency, is facing a no-show problem with employees, as paychecks are put on hold during the partial government shutdown. This is reportedly leading to longer lines and security problems at airports nationwide.According to CNN ,

Hundreds of Transportation Security Administration officers, who are required to work without paychecks through the partial government shutdown, have called out from work this week from at least four major airports…

TSA spokespeople, meanwhile, insist everything is completely normal although absenteeism has “increased by 200% to 300%,” according to Marketwatch.

Not everyone was as sanguine about the situation as government officials. One frequent traveler complained “The lines were exceptionally longer than normal, especially for a peak departure time frame of 8 a.m. to 12:30 p.m.”

Given that the feds admit more employees are skipping work, it’s hard to believe that everything’s humming along normally — unless workers are lowering security standards to get more people through the line quickly.

But, that, of course, is something the feds insist they would never, ever do.

In any case, the whole affair reminds us of just one of the many pitfalls that come with federalizing airport security and making it all part of one giant, nationwide federal bureaucracy.

TSA screeners are federal employees, and their salaries are paid out of a federal budget — of now more than 7 billion dollars. In fiscal year 2018 , more than four billion of the TSA’s 7.5 billion budget came from government appropriations, with the rest coming from fees on passengers and the industry. Since 2017, the Trump Administration has proposed to increasing fees ” to cover 75% rather than 40% of the Transportation Security Administration’s costs.”1

But even if the Trump Administration were to get its wish, the TSA would still remain a federal agency with federal employees, and a substantial of its budget would still come from federal appropriations.

In other words, the next time there’s a government shutdown, we’d be looking, yet again, at a situation in which the entire nationwide system of airports would be affected because a tiny number of politicians in DC couldn’t agree on a nationwide budget.

It doesn’t have to be this way. Nor were things this way prior to the federalization of airport security in the wake of the 9/11 terrorist attacks.

Thanks to the George W. Bush Administration, airport security was federalized only two months after 9/11, with Bush proudly declaring at the time: “For the first time, airport security will become a direct, federal responsibility.”There were federal regulations in place dictating how security was conducted, of course, but the employees and the funding were largely decentralized in how they were distributed and used.

As a result, a federal shutdown under a system like this does not mean that the employees won’t get paid or that “non-essential” personnel are simply sent home.

The TSA Doesn’t Keep Us Safe

In response, supporters of the status quo are likely to respond that the TSA “keeps us safe” and only a federalized version of airport security can work.

Unfortunately, for them, there is no evidence to support this position.

First of all, that there has been no serious and successful terrorist hijacking since 9/11 does not prove the effectiveness of the TSA. After all, the creation of the TSA is just one change since 9/11.

Indeed, 9/11-style hijackings were obsolete by the afternoon of September 11, 2001. Their success rested largely on the fact that the airline industry and FAA regulators adhered to a policy of compliance when it came to hijackers. As a report from Stratfor notes :

Before 9/11, aircraft crews were trained not to resist hijackers but to comply with their instructions in an effort to calm the situation and land the plane. Once the aircraft was on the ground, hijackers would then either surrender or be killed by an aircraft entry team. The Federal Aviation Administration never dreamed that terrorists would commandeer an aircraft with the intent to use it as a weapon. Aware of this, the 9/11 attackers simply had to pretend to be typical hijackers to gain the crews’ cooperation and take control of the aircrafts.

A compliance of policy will never be used again:

But the advantage Mohammed [Atta] gained by shifting the hijacking paradigm was short-lived, as evidenced by the events that unfolded that morning aboard the fourth aircraft: United Airlines Flight 93.

The attackers who targeted the plane did not account for the fact that its passengers and crew were able to use their cellphones to talk to people on the ground. When they learned what had happened to the three other aircraft, they revolted and forced the hijackers to crash the plane before it could be used to target the U.S. Capitol.

In other words, a major reason that there haven’t been any 9/11-type hijackings since 9/11 is that terrorists know people will react in a completely different way to a potential hijacking.

In the case of Flight 93, the hijackers only got as far as they did because the crew and passengers initially complied. Once the truth was learned, the situation changed dramatically. Now that 9/11 is common knowledge, not even initial compliance could be expected from terrorists.

Other factors include the placement of air marshals on some planes, and better security for cockpits.

The maintenance of an an enormous corps of federally employed TSA employees has nothing to do with any of these factors.

And then there is the research which shows that the TSA has a 95-percent failure rate in detecting efforts by terrorists to place weapons on commercial flights. Dylan Matthews wrote at Vox in 2016:

The TSA is hard to evaluate largely because it’s attempting to solve a non-problem. Despite some very notable cases, airplane hijackings and bombings are quite rare. There aren’t that many attempts, and there are even fewer successes. That makes it hard to judge if the TSA is working properly — if no one tries to do a liquid-based attack, then we don’t know if the 3-ounce liquid rule prevents such attacks.

So Homeland Security officials looking to evaluate the agency had a clever idea: They pretended to be terrorists, and tried to smuggle guns and bombs onto planes 70 different times. And 67 of those times, the Red Team succeeded. Their weapons and bombs were not confiscated, despite the TSA’s lengthy screening process. That’s a success rate of more than 95 percent.

Defenders of the TSA — much like defenders of the CIA and other “security” organizations — claim that the TSA surely succeeds in stopping terrorists quite often. Those successes, however, are secret and we can’t know about them.

This sort of faith-based trust in government might be convincing for some, but it ought to strike most people capable of critical thinking as nonsensical.

The fact remains — if we exclude the hypothetical “secret files of amazing successes” maintained by government agencies — there is no empirical evidence that the TSA prevents terrorism, and even in theory, we can easily point to other factors that are much more important in the prevention of another 9/11.

1.For more, see page 20 of the TSA’s budget documents: https://www.dhs.gov/sites/default/files/publications/TSA%20FY18%20Budget…