New Regulations Cause California Soup Kitchen to Close Its Doors 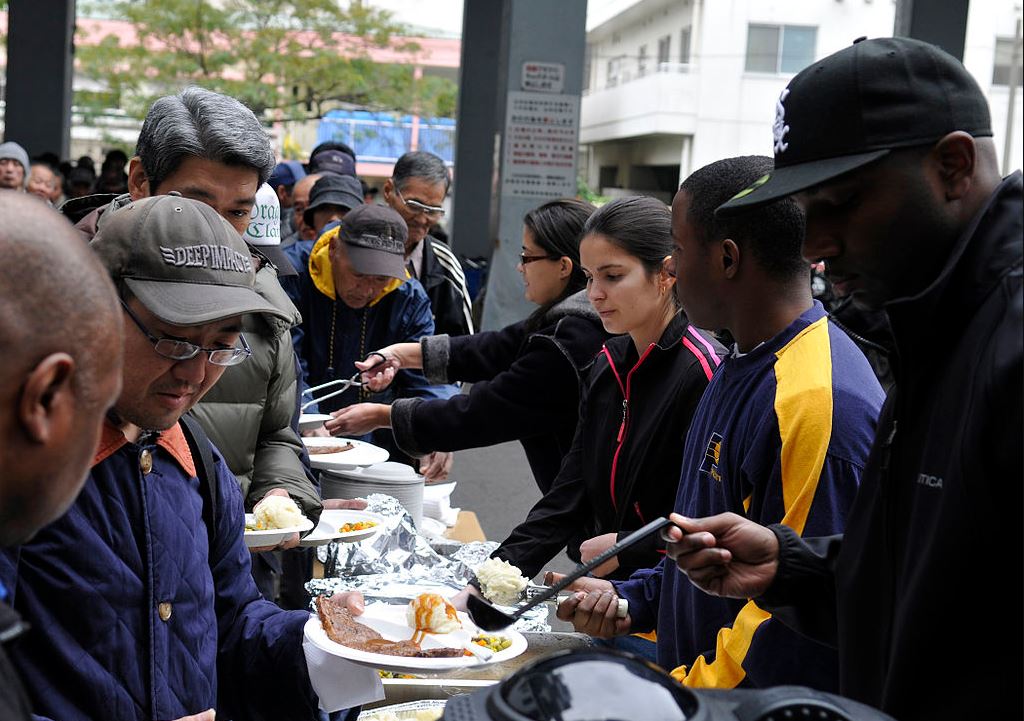 For the past four years, Deliverance San Diego has been delivering hot meals to the city’s homeless population every Friday, averaging 200 donated meals on any given evening. Now, due to new guidelines passed by the State Legislature of California, the non-profit is ceasing operations and will dissolve by the end of the month.

Through their existing model, hot meals were prepared in volunteer homes and distributed on the streets.

“Volunteers from various churches gather at 17th and Commercial downtown to load four food wagons with chili, soup, cornbread, water, and other snacks,” the group’s web site explains. “…We offer prayer and spiritual support, but one of the easiest things we do is get someone’s name and remember it.”

Through the new requirements, set forth by the San Diego Department of Environmental Health, Deliverance would need to use licensed, state-approved kitchens, implement hand-washing stations, and meet a variety of other requirements.

With a yearly budget of less than $7,000, according to the non-profit’s treasurer, Deliverance determined it can no longer sustain operations without extensive and expensive organizational changes. “We’re on a shoestring budget,” explains volunteer Gary Marttila, “so working out all those logistics became too big of an obstacle to overcome.”

ABC 10 News in San Diego tells more of their story:

As the San Diego Union Tribune explains, several of the law’s backers have expressed surprise at the closure of Deliverance. According to Heather Buonomo, a program coordinator with the Department of Environmental Health, some sort of workaround may have been available or achievable. “We’re happy to work with them to find a solution that works for their charitable organization,” she said. According to Monique Limón, one of the bill’s authors, “The law would encourage more charities to provide food for the needy while also creating a level of oversight to ensure they follow proper health guidelines.”

Yet it’s unclear what exactly would or could have been done if Deliverance had have tried to negotiate with the state and find “a solution that works.” And the fact that it didn’t even try or think it could try says something about the pressure that these policies put on small and vulnerable charities and institutions who don’t feel they have political sway.

Likewise, one can make any number of arguments about food safety, as Limón does, but it’s hard to imagine a scenario in which more burdens, more requirements, and tighter regulations will somehow encourage “encourage more charities to provide food for the needy.”

The reality is that the state’s dream of regulated soup and sandwiches is taking precedence over the bottom-up activity of neighbors who are passionate about loving their neighbors. Is that really an acceptable trade-off, particularly in an area that so desperately needs an intimate and personalized approach?

“We’ve sought to provide comfort to those who are going through an incredibly difficult time,” says Deliverance’s press release on the closure. “In many situations, they are without a home due to no fault of their own. This action by the state creates significant barriers to those organizations like ours who simply want to show God’s love through a hot meal and some conversation.”

Given the good—and thus far, safe—work of organizations like Deliverance, such regulations represent a prime example of the “unseen costs” of government action.

In some cases, well-intended government policies lead to trade imbalances or economic surpluses or corporate cronyism or community inequities—all of which yield their own forms of social corrosion. But in cases such as these, we see the ill effects of these policies on charitable activity, resulting in real and tangible barriers to human love and relationship.

Is it really worth it?