Mistakes People Make When They Are Fired 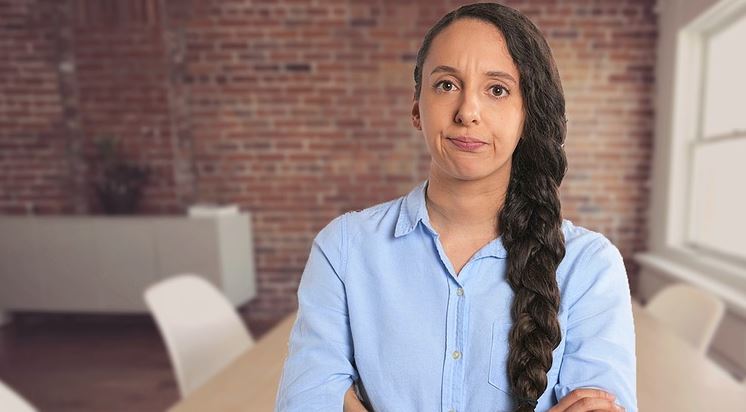 The labor contract in a market economy should be based on mutual benefit. The freedom to quit and the freedom to fire are the mechanisms that keep that exchange relationship working. Getting fired is not always a tragedy. Ideally, we live and learn and move on.

Moreover, it’s not always about incompetence. I’ve never known a productive, ambitious, skilled employee who was not fired from at least one job. Sometimes great employees are disruptive, and the legacy structure fights back. Steve Jobs is a famous case; he was fired from his own company in 1985, returning later to lead Apple to greatness.

That said, people are rarely prepared. For this reason, people who get fired from jobs tend to make the same mistakes when the announcement is made. This is because the experience is new, and nothing in our education has prepared us for what to do (actually, our education prepares us for virtually no real-world employment situations). So we get the bad news, panic, and make the situation worse.

Getting fired has happened to me, and it will probably happen to you at some point in your career. It seems like one of the great traumas in life. However, we all have the tendency to wildly exaggerate the implications and then spend far too much time dwelling on them rather than seeing the experience as a challenge and opportunity.

First, realize that not every job is the right fit. Value creation has to run both directions: from you to the employer and back again. This exchange relationship needs to continue daily. If there is a mismatch, it makes no sense to continue the deal. In firing you, no one is trying to harm you any more than you are trying to harm a jewelry store by declining to buy its product. They are merely declining to continue the exchange in the relationship, which is their human right. You want no job in which you are not seen as a net value creator. If it is not working, you need to know that.

If your company decides you are no longer the right fit, it does no good to languish in denial, thinking, for example, that someone is going to call you to beg you to come back. It’s not going to happen, even if it should. That period of your life is over, and a new period is beginning. Process that as fast as possible.

Second, do not lash out in anger. This would be a huge mistake. You need to bridge from your current job to the next one. Your exit needs to be gracious, with expressions of genuine gratitude for the confidence your firm showed you. Express this in every way you can — leaving aside every bit of revenge fantasy — with as much sincerity as you can muster. You can be certain that the place will collapse without you, but let that be their problem, not yours.

You will be glad you made this choice to behave like a mature and decent person. Your employer will be impressed, for one thing, and then might be delighted to give you the best-possible recommendation for your next job. Never be tempted by the idea that this is not important.

Within weeks or months, you will get the question of how your previous employment relationship ended. You will need to explain. It’s almost a guarantee that your next employer will contact your previous one. You want that conversation to go well. If you leave your employer with a sense that you are a decent, even magnanimous, person, that is all the better for you.

And keep in mind too that the relationships you have built will pay reputational returns for many years, even decades. It’s not just about the paycheck of the moment. It’s about building a network of respect and admiration for your intelligence, character, and discipline. There’s no better time to show this than when the bad news is delivered.

Third, you should realize right away that you have a serious problem: cash flow. For whatever reason, people forget this, having taken the income stream for granted. Then they are shocked after two weeks to find that it has stopped. It sneaks up extremely fast. You need to get busy right away finding a way to plug the hard leak in your personal finances.

There is a corporate convention to give you two weeks of income and perhaps a month of health care. Getting another source for health care coverage is a bear these days, and it is made worse without income to actually pay for whatever you find. Perhaps you can do without for a while, but you are taking some risks.

This extremely short time frame is coupled with the reality of the job marketplace: it will take you six to eight weeks to seal your next gig. Then it could be as much as 30 days before your next paycheck arrives. This is the cruel reality, and it is mostly due to the government-imposed expense and risk of hiring. It doesn’t have to be this way, and wouldn’t be in a free market. But we don’t live in that world.

So we have here a one- or two-month gap between jobs. If, during that time, you have maxed out your credit cards and done without any income stream from another source, this is a serious problem from which it could take you as much as a year to recover.

I have a friend who had an awesome job in D.C. and then landed on the wrong side of the temper of the new manager of the firm. She was suddenly without work. Being scrappy, she quickly realized that she now had two new jobs: finding another regular job and getting income in the door from any source. She became a dishwasher for the diner down the street, even as she perfected her LinkedIn profile. Awesome! So inspiring! Shortly, she landed another position better than the first one, and she is now ascending the corporate ladder. This is the way to do it.

Fourth, cast a wide net when looking for your next position. You have your heart set on a new institution because, perhaps, you have a friend there. You lean in hard and push for that position. It is where you imagine yourself. In fact, you are not in control, not solely in any case. You need to imagine yourself in a variety of new positions and institutions, and apply to them all, as soon as possible.

There is a practical element here. Your next employer needs to think that you are in demand and needs to start bidding for your services as soon as possible. From your own point of view, you need to be somewhat detached. You need to be in the position of walking away, and even perhaps (though this is tricky) play one institution off another. To be a free agent in the hiring process, you need options. But only you can create those.

Fifth, learn from your mistakes. We’ve all made them. The first time I was fired, it was because of insubordination. I promised some suit tailoring sooner than the company had guaranteed in the holiday season. I ended up doing the tailoring myself, which was a great experience, but it cost me my job. This was not an injustice. No boss will put up with insubordination on this level. I learned that, grew up, and killed it at my next job.

We all make errors. Figure out what yours were, learn from them, and apply those lessons in your next position. Leave the bitterness on the table and think of yourself as an asset that grows more valuable over time, mistakes and all.

Or perhaps there weren’t errors. The relationship worked for a while and then stopped working. I’ve faced this situation on several occasions. There is nothing wrong with that. This can happen to any employment situation. For this reason, the smart employee imagines himself or herself always on the job market, perhaps not actively looking but keeping an eye out for possible options. This is not disloyal. It is about finding your highest value in the marketplace, and this benefits your present employer as much as it does you.

Everyone will get fired at some point in a career. Whether you turn this to the good in your life is up to you.

This article has been republished with permission from AIER.