Is There a Case for Keeping the Lights on in America’s Libraries? 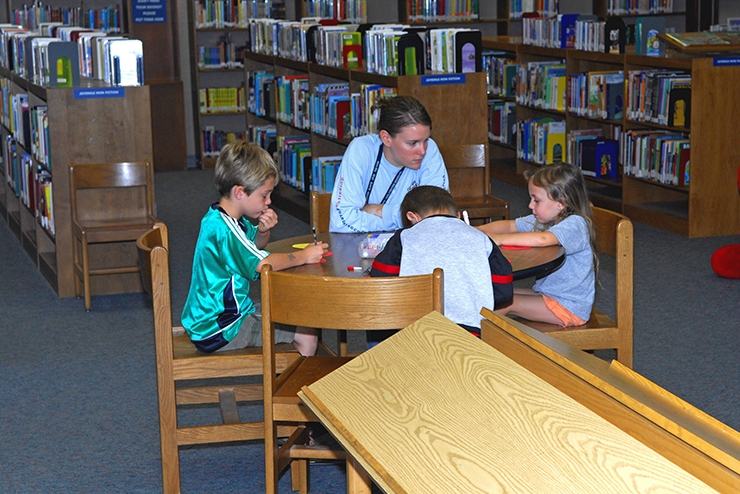 “I have always imagined that Paradise will be a kind of library.” – Jorge Luis Borges

From Benjamin Franklin, who helped put together one of America’s first lending libraries, to Andrew Carnegie, who funded more than 2,500 libraries, to Laura Bush, whose foundation has provided millions of dollars to school libraries for the purchase of books and print material, Americans have honored libraries as vehicles for education and culture. Ray Bradbury, Isaac Asimov, Richard Wright, and a host of other American authors have credited the lending library as crucial to their intellectual development. Men and women in fields as varied as business and farming have used libraries as their private R&D department.

Yet some observers today believe technology has relegated the public library to history’s dustbin. They advocate cutting funds to libraries or doing away with them altogether, arguing that they have become a luxury rather than a necessity.

Let’s look at those arguments by visiting the Samuels Public Library in Front Royal, Virginia, where my daughter and her family reside.

You enter the library through the double doors off the parking lot. To your left is a sun-lit vestibule with five tables, where you can eat a sandwich, work on your laptop, or visit with friends. To your right is a tiny bookstore, staffed by volunteers, where you can buy a cup of coffee and find used books for a song. Your purchases help support the library.

A few more steps, and you will find, as Hemingway might say, “a clean, well-lighted place.” The children’s department and play area are to the left, the adult books and tables to the right. Each of the large tables in the adult section sports two old-fashioned reading lamps. The shelves of books, audio books, and DVDs stand in pristine ranks. Near the windows on the far side of the room are comfortable armchairs. On the other side you’ll find meeting rooms, special collections, and study carrels.

Take a look at the mixed bag of patrons: owners of the battered pickups in the parking lot; professionals; professors from a nearby college; men and women poking through the bookshelves or the computers; a few street people. Especially exciting to a reader such as myself are the number of kids and teens, many of them homeschoolers, dragging bags of books to the checkout desk, exploring the DVD shelves, being tutored by older folks.

The number of clubs, activities, and lectures sponsored by this library staggers newcomers. Here is just a partial listing: tax assistance for the elderly; lectures on art and literature; book clubs; blood mobile drives; appearances by magicians, puppet masters, and choirs; a dozen or more activities per month for the under-15 gang.

As for the librarians—you couldn’t find a better crew. The staff here is always friendly and eager to assist patrons, many of whom they know by name.

I am a long-time connoisseur of libraries. At one point, I owned four library cards. The library was the first place I took my newborn daughter. I worked in libraries in my student days, and three of my children did the same.

Of all the public libraries I have visited over six decades, Samuels stands at the top of my list.

When I asked Harold Hayes, the current director of the library, what made Samuels such a success, he answered in a word: “Volunteers!” He went on to explain that the number of volunteers, their enthusiasm, and their hard work made Samuels a special place.

I mentioned to him that on a typical day—I spend an average of eight hours a week writing in the library—I had noticed that for every adult browsing the books, five were tapping away at electronic devices. I wondered if diminished circulation hurt libraries.

Mr. Hayes agreed that this was a nation-wide concern for librarians and libraries, but then added that in Front Royal local government recognizes libraries mean more than the number of books checked out or the number of cardholders. Astute politicians, he pointed out, recognize the importance of the library as a gathering point for the community, a place where programs and events bring that community together, a center that helps educate the young and benefits the local culture.

When asked what the average citizen could do to support public libraries, Mr. Hayes mentioned advocacy for public funding, donations, or simply reading more books. Then he came back to volunteers. “The volunteers in this library are the most amazing I have ever seen. They make a huge difference.”

So there it is. Help your local library by giving generously of your time and money. Oh, and get a library card and check out some books.

Let’s keep the lights on. And I don’t just mean those florescent tubes on the ceiling.