Homer’s Advice for Husbands and Wives 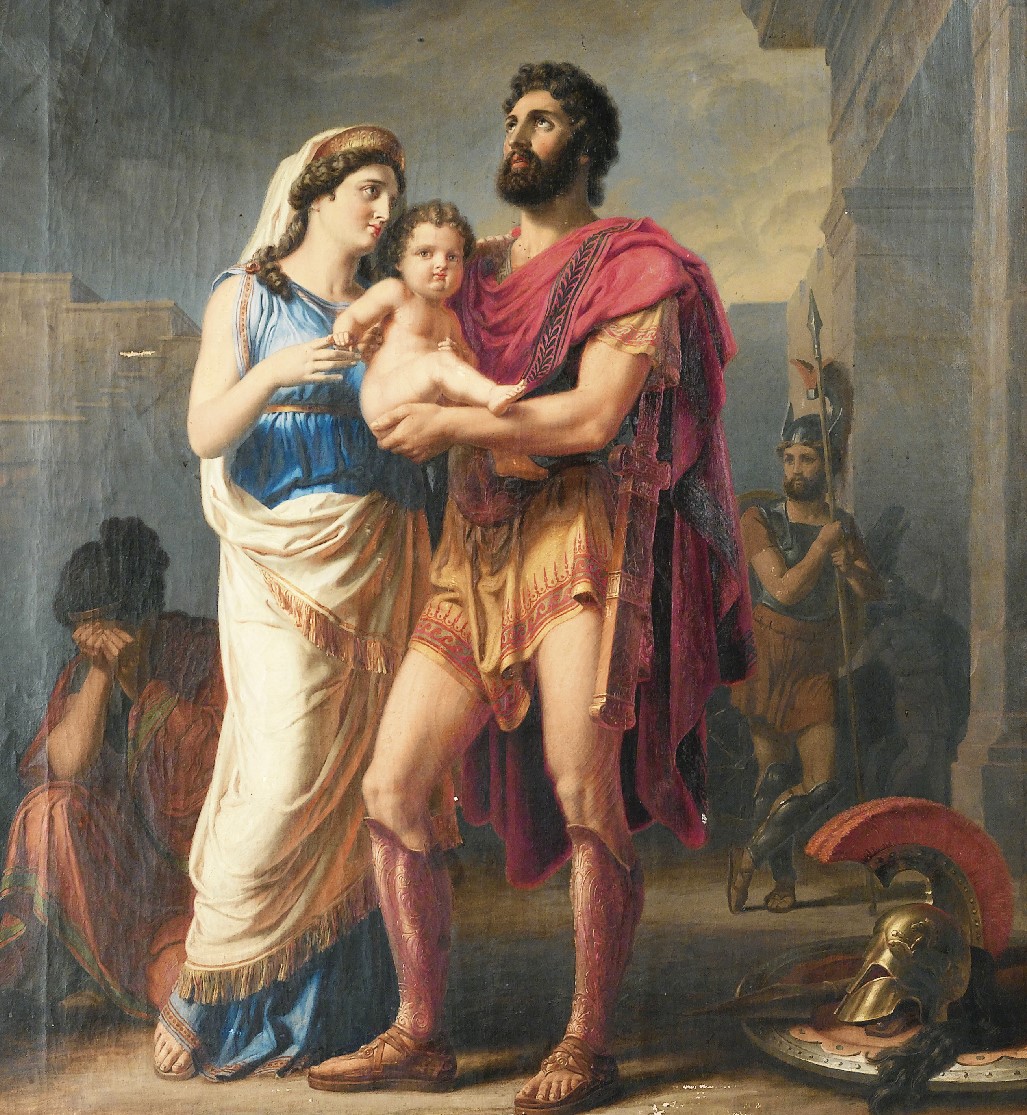 Author’s Introduction: Imagine if Homer, Virgil, Dante, Chaucer, and the other great poets of ancient Greece, Rome, and the Middle Ages had been given the gift, not only to peer into the twenty-first century, but to correspond with we who live in that most confusing and rudderless of centuries. Had it been in their power to do both of those things, what might they say to us? How would they advise us to live our lives? What wisdom from their experience and from their timeless poems might they choose to pass down to us?

I have read your books and listened to the words of your teachers, and I have learned something that disturbs me deeply. You teach your students that the men of the past looked upon their wives as chattel, that they saw them as possessions rather than as people of value and worth. How deeply mistaken you are; how far from the truth.

Consider my epics and the great married lovers who stand at their center. The love and respect between them was real and sincere. They were partners who faced the world together and stood firm even when the foundations of their world were shaken. They strengthened each other and from their spouse gained a clearer sense of themselves.

They loved, but their love ran far deeper than mere feeling. They identified fully with each other, combining their duties, their desires, and their dreams into a single stream along which they navigated their lives. Dynastic concerns may have brought them together, but their commitment to each other gave it a meaning beyond the pragmatic.

I speak, of course, of Hector and Andromache and Odysseus and Penelope. I hold them up now for your edification that you may see the subtle ties that bind, and have ever bound, husband to wife and wife to husband. Perhaps then you will be less quick to judge us men of the past as abusers, or at least neglecters, of our wives.

Though it was I who composed the final meeting of Hector and Andromache, I weep anew each time I recite it. They were more than lovers, the Prince and Princess of Troy; they were kindred spirits joined in harmony. In sharp contrast to the adulterous Paris and Helen, their marriage blessed all who came into its orbit.

Here were two who felt and thought as one. When my Hector came within the walls of Troy for the last time, he ran to his home in search of Andromache. But she was not there, for she, in search of Hector, had run to the battlements. In the end, they met neither in the female domestic sphere nor in the male military sphere, but somewhere in the middle. There, in that in-between space, they said their farewells to each other.

The wife, smiling through her tears, did her best to be strong for her soldier-husband. The husband, caressing her cheek and speaking tenderly to her, did all he could to comfort his grieving wife. They spoke each other’s language, tried as best they could to explain their fears and duties, their desires and obligations.

My gallant Hector assured his beloved wife that no one would kill him before his time, that his fate was his fate and he could not escape it by hiding behind the walls. But he knew she needed to hear something more, something she could understand.

And so he drew a picture for her of their marriage, of all marriages. As long as he remained faithful in his sphere and she in hers, as long as he stayed true to the battlefield where men win glory and she to the home where women sit at the loom weaving life and joy and continuity, all would be well. They were one, Hector and Andromache, but they were not interchangeable. They were not the same; they were different. But out of that difference, they formed a whole that was stronger than its parts.

Oh, ye husbands and wives of the future, do not think that in trying to be the same you are honoring marriage and the two distinct sexes that form it. Celebrate the husband who, in his idealism and his adherence to a cause higher than himself, seeks to lead, to fulfill his calling, and to leave his mark. Celebrate the female who, in her practical devotion to her family, seeks to serve, to nurture, and to preserve. Give them the honor that is due them and acknowledge the vital role they play in holding society together.

The Trojan War tested my Hector and Andromache to the limit, but its aftermath tested my Odysseus and Penelope even more. The tumult of battle and the walls of Troy separated the former pair, but the latter had to endure twenty years of separation. How could their love survive such absence and loneliness?

To make matters worse, both lover and beloved were set upon by others who tried to convince them to forget their dear spouse and choose another. Back home in Ithaca, the evil suitors pressed Penelope to give up her never-failing hope of Odysseus’ return and start a new life with one of them. Meanwhile, out on the high seas, beautiful enchantresses, immortal nymphs, and nubile princesses seduced the storm-tossed sailor to let go of his past and revel with them on an island paradise.

Perhaps the hardest temptation of all came from Calypso the nymph, for she promised to share her eternal youth with the weary Odysseus. When he refused the gift, preferring to risk the seas again so that he might be reunited with Penelope, Calypso pleaded with him to choose the path of common sense. “Surely,” she cried, “your Penelope cannot surpass me in beauty. She cannot give you what I can. If you return to her, you and she will both grow old and die.”

“Dear lady,” my Odysseus replied, “all that you say is true. My Penelope cannot hope to compare with you in beauty: for she is only a woman, while you are an immortal goddess. Nevertheless, I must go home, for it is my never-failing wish.”

If you remember one thing from this letter, dear lovers of the future, let it be the word, “nevertheless.” Calypso is right. If Odysseus were wise and practical, he would forsake Penelope and stay with her forever. But there is something the goddess does not understand.

The marriage of Odysseus and Penelope is not some business contract to be dissolved when its benefits have been exhausted. Odysseus is the husband of Penelope, even as she is his wife. That is who they are. Apart from Penelope, Odysseus is not fully himself. If he does not return, he will still be a man, but he will cease to be who he is: King of Ithaca, father of Telemachus, and husband of Penelope.

May you of a more enlightened age learn from us rough, primitive men what it truly means to be a husband.

This article has been republished with the permission of The Imaginative Conservative.