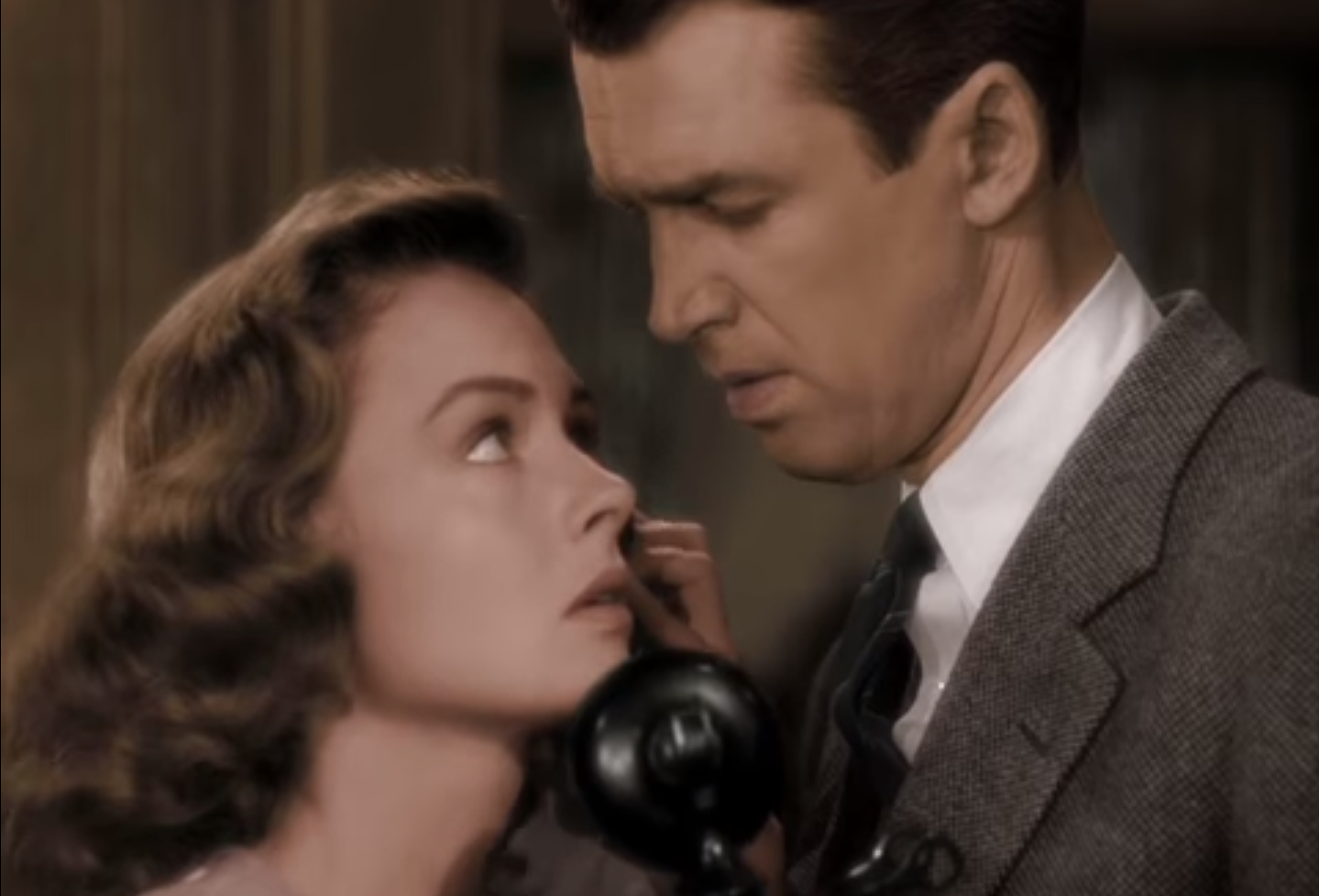 I think I’m not the only person that cries every time I watch “It’s a Wonderful Life.”

The movie pulls our heart strings because we can all relate to George Bailey: man has dreams to see the world and do big things, but is instead given a meager life of service. Many reduce the film’s central message to a dichotomy of selfishness vs. selflessness, for good or ill. However, it’s not the greedy capitalists or the needs of others that George is struggling against, but something much deeper. Ultimately, George is wrestling with his own destiny, and often in the midst of life’s frustrations, so are we.

I try to watch “It’s a Wonderful Life” every Christmas, and after watching it this year with a friend, we noticed something new. It wasn’t the dramatic change in the protagonist, but the steadiness of his wife: the ever faithful Mary Hatch Bailey.

Now we’ve all been taught—by middle school English teachers and film critics alike—that morally perfect characters are flat and boring. If this is true, then Mary Bailey should hold no sway over our hearts. Throughout the plot, Mary is seemingly flawless; about the only crime she could be said to have committed is breaking a perfectly good record album.

And yet, while it’s George we relate to, we can’t help but find Mary incredibly desirable. She stands iconically as the devoted wife, and the movie is jampacked with these shining moments of Mary.

Take, for example, their wedding day.

George and Mary scraped together a honeymoon fund of $2,000 to wine and dine and see the world. But, when there is a run on the banks, the beloved Building & Loan is out of money, and George must attempt to dissuade a mob of people thirsty for cash. Beholding such a moment, it would have been perfectly natural for Mary—who insisted that George never get out of the car—to become very upset for the ruined day.

But when faced with crisis, Mary holds up their wad of cash (equivalent to about $35,000 in 2018) and yells to the crowd, “How much do you need?” She doesn’t even blink at the opportunity to rescue her husband and community. Later that night, Mary fixes up the old, rickety Granville house for the honeymoon they will never have.

As the film progresses, George’s ungratefulness only becomes more sharply contrasted with Mary’s devotedness. When George reels over the temptation of a lucrative job under Mr. Potter, Mary gleefully announces that she is carrying their first child. George spends his days toiling at Building & Loan and disparaging his beat-up car, but Mary faithfully fixes up the house and raises their children. While George contemplates suicide over the misplaced $8,000, Mary goes on the move and resourcefully mobilizes the town to come to their aid.

Over and over, the film belabors the point that Mary is the better person. Through poverty and obscurity, Mary remains contented, apparently because she got her life wish of marrying George Bailey, despite his feverish restlessness.

The central plot and driving force behind “It’s a Wonderful Life” isn’t the virtuosity of Mary, but George’s personal transformation. Yet, it is Mary’s incredible devotion that provides the foil for us to see and appreciate that change within George. And insofar as George is a stand-in for ourselves, Mary’s impossible example exists to confront our own ingratitude.

In talking about “It’s a Wonderful Life” with my friend, she pointed out that all of Mary’s actions stemmed from a deep love for George. She lived to please George, but not for her own validation. Instead, she simply did what that love directed her to do. As Mary so prophetically declared as a little girl “George Bailey, I’ll love you till the day I die.”

As you enter the Christmas week, may you appreciate the film’s message, expressed in its title: No matter what cards life has dealt you or how dark things seem, there is something wonderful in this life that you must hold gratefully.