The Victorian Story-Teller who Made Christmas Scary 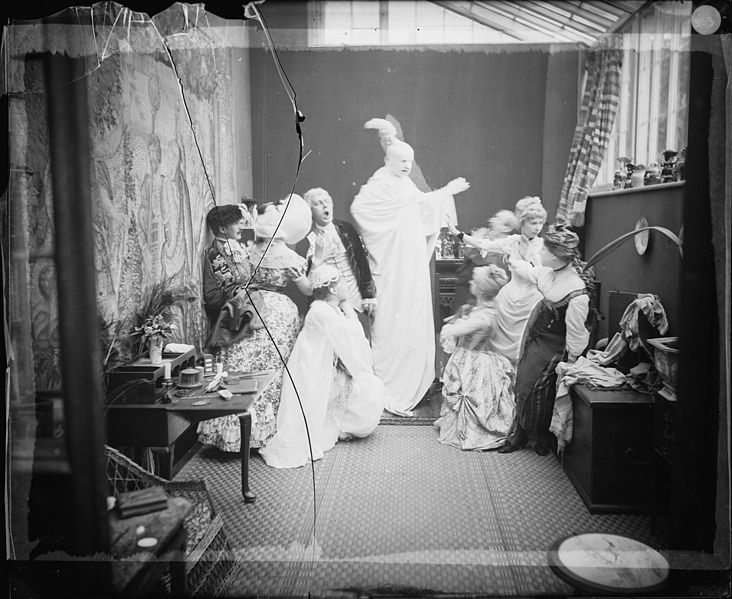 Following the death of President George H.W. Bush, the resident conservative at The New York Times, Ross Douthat, penned an article bemoaning the end of America’s WASP elite. Douthat argued that our current rulers, although more meritocratic, are a very poor substitute for the cold and old gentry of New England and Virginia. His article created a minor firestorm on Twitter (as was to be expected), with the usual cries of “racism” being thrown about like confetti. It seems that many Americans do not want to admit that their nation was indeed founded by English-speaking people, the vast majority of whom were Protestant.

Decades ago, there would have been nothing controversial about Douthat’s position. Indeed, Americans used to revel in their local customs and folkways, many of which derived from the craggy shores of England, Scotland, Wales, and Ireland. One of those long forgotten pastimes was the Christmas ghost story. A Christmas Carol is but the most popular example of an ancient ritual. It used to be standard that when the temperature dipped outside and the distant noise of sleigh bells could be heard, families gathered around the hearth to tell chilling yarns about revenants and ghosts returning from their graves. Whether or not this derives from the pagan practice of the Winter Solstice is still debated.

No writer understood the power of the Christmas ghost tale better than Montague Rhodes James, better known simply as M.R. James. Born during the glory days of the British Empire in 1862, James spent his life as a medieval scholar, schoolmaster, and devout Anglican. One would be hard pressed to find a more stereotypical WASP than James—the son of a clergyman, educated in Classical Greek and Latin, a graduate of Cambridge, and a provost at Eton. A conservative through and through, James nevertheless came to minor fame during the Edwardian Age for his ghoulish and sometimes gruesome ghost stories.

James called his fiction “antiquarian.” Few designations have been so apt, as James’s stories predominantly feature single, solitary men with scholastic temperaments who find themselves faced with the supernatural. One of James’s greatest admirers, H.P. Lovecraft, followed the Englishman’s template when he began casting the runes on his own “weird tales.” In a letter to friend Emil Petaja dated March 6, 1935, Lovecraft praised James for “his way of weaving a horror into the every-day fabric of life & history—having it grow naturally out of the myriad conditions of an ordinary environment…”

Lovecraft’s praise is only partially right, for many of James’s best stories do not present a single iota of the “every-day” or ordinary. See, for instance, “Oh, Whistle, And I’ll Come to You, My Lad,” James’s most anthologized story. It centers on Cambridge professor Parkins as he tries to enjoy a beach holiday at Burnstow, a fictional town in Suffolk. During an excursion through some ruins left behind by the Knights Templar, Parkins discovers a flute with the Latin inscriptions “Quis est iste, qui venit?” and “FLA FUR BIS FLE.” Before taking the strange souvenir back to his room at the Globe Inn, the professor blows on the whistle. This causes a specter dressed in pajamas to haunt Parkins until he is saved by fellow guests.

Another James classic, “Count Magnus,” is the horrific tale of the English writer Mr. Wraxall who journeys to the cold land of Sweden in order to research the mysterious figure known only as Count Magnus. The dead count was renowned for his cruelty and his bloodthirsty suppression of a peasant rebellion. Worse still, the locals claim Magnus had undertaken the “Black Pilgrimage” before his death and had become an adept wizard. Wraxall visits Magnus’s sarcophagus and discovers that the Scandinavian villain is still quite capable of evil.

American audiences of a certain age will probably best remember James as the man who wrote the story that inspired the 1957 horror film Night of the Demon. Missing from Jacques Tourneur’s tour de force and present in the original 1911 short story is James’s not-so-subtle parody of the English occultist Aleister Crowley, who is called Karswell in the tale.

Despite his genteel persona and his specifically traditionalist way of writing, James could be quite cruel to his audience. The short story “Lost Hearts” from 1895 places children at the center of danger—inside the home of a cannibal. Other more cerebral yarns like “The Stalls of Barchester Cathedral” and “The Tractate Middoth” blur the lines between standard ghost stories and stories about vampires, demons, and unmentionable monsters. All of this, on top of James’s reliance on medieval history and antiquarian language, can make for confounding reading, especially for those horror fans saturated with too much cinematic gore.

There is nothing prurient about James’s fiction. There are no scenes of torture, sexual assault, or extreme bloodletting. Instead James is a master of mood. Sure, his stories do build slowly and often his dialogue is stilted. However, when he is at his best (like in “The Mezzotint”), he is a master of subtle hints and suggestions. The dark spaces in crumbling cathedrals, the abandoned library, the rainswept churchyard—James imbues these places with dread and the fateful idea that we everyday humans are never completely safe from the otherworld.

Russell Kirk once characterized Anglo-American conservatism as an adherence to “customs, convention, and continuity.” Kirk further stated that a conservative is someone who believes in a transcendent order or hierarchy that cannot always be seen. The fiction of M.R. James closely aligns with this type of conservatism. James’s world is one of history, magic, and the everlasting power of evil.

So in the name of tradition, pull yourself up by the fire this Christmas season and read the greatest WASP storyteller that you have never heard of. M.R. James, who died at the age of 73 at Eton, was a man ill at ease with the 20th century. His stories will make you uneasy in the 21st or any other.

This article has been reprinted with the permission of The American Conservative.