The TSA Is Using Detector Dogs More, Which Is Actually a Good Idea 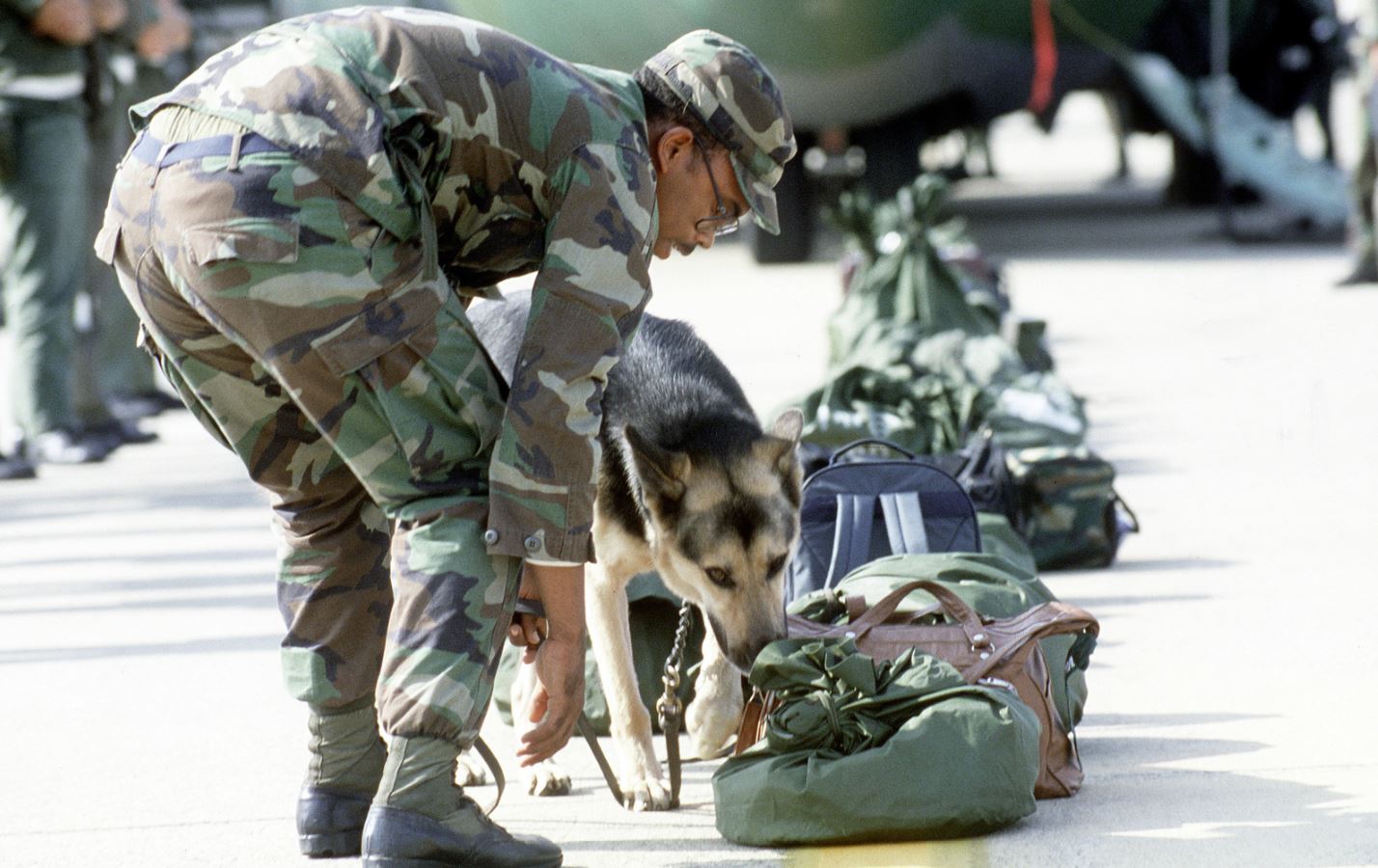 Unlike many people, I actually enjoy flying. I rarely check bags, and modern apps make checking in and boarding pretty simple (if you have a smartphone). Airport sports bars are a great place to catch a quick bite and a beer while waiting to board. If I’m not reading a book or watching a ball game, I’ll sometimes strike up a conversation with a random person, and more often than not, this person has an interesting story to tell.

A Tale of Two TSAs

So flying is not all that bad…except, of course, for security. I loathe airport security down to my bones (the process, not the people, who are just doing their jobs). The lines. The stripping of garments and shoes. The fear of a screener ripping open my luggage and asking about my moisturizer. (“Is this your wife’s?”)

I never get defiant or complain to security during the process, of course. I meekly plod along in my socks like everyone else, wearing my best non-threatening half-smile. But inside I’m burning.

Recently, however, the TSA (Transportation Security Administration) surprised me. On my flight to Atlanta from Minneapolis, and the return flight, as well, I didn’t have to take off my shoes or jacket. I didn’t have to empty electronics from my bag or wait in a long line or get my genitals patted down by a TSA agent because I missed some small security step.

I was able to breeze right through security just like the “expedited” passengers who get TSA Precheck. It was glorious. And it was all possible because there was a German Shepard in our line sniffing at passengers as we walked by.

I didn’t know when or why the expanded use of canines in airports had started, so after my flight, I did some Googling. I found a USA Today story that explained the TSA was expanding the use of canines to speed up airport security at the nation’s biggest airports. It turns out a typical checkpoint lane can handle roughly 150 passengers per hour, while about 250 passengers per hour can be processed with canine teams.

The TSA Is Still Pretty Awful, Though

Before readers take me to task for praising the TSA, let me just say it is an agency that shouldn’t exist at all.

The TSA is a bloated, inefficient monstrosity that has been granted license to grope passengers in unmentionable fashion. Moreover, despite its $7.7 billion annual budget, the TSA has proven utterly inept at its primary task.

Undercover audits show that the TSA fails to detect contraband with stunning consistency. Undercover agents for the Department of Homeland Security’s Office of Inspector General were able to sneak fake weapons past TSA security 70 percent of the time, a 2017 audit showed. (A 70 percent failure rate is beyond awful, but it’s actually an improvement for the TSA.)

At a 2017 congressional hearing, in a rare moment of candor for a politician, Rep. Mike Rogers took TSA Administrator David Pekoske to task for the agency’s failures.

“This agency that you run is broken badly, and it needs your attention,” said Rogers.

It’s Not Going Away

The TSA, of course, is not fixable. It provides little beyond the illusion of safety (to borrow a phrase from Fight Club), and it should be abolished. That’s unlikely to happen. Forty thousand unionized workers rarely disappear from government payrolls, no matter how pointless or ineffective their agency is.

Which brings me back to detector dogs. Some may contend that having one’s crotch sniffed by a canine is a rather intrusive act. I won’t disagree, but I maintain it is far preferable to the regular TSA intrusions.

And if detector dogs can reduce my wait-time in security lines and have the bonus effect of allowing the TSA to screen more passengers with fewer workers, I’m all for them.