Santa’s Healthy Tips: Throw Away the Pudding and Eat the Sixpence 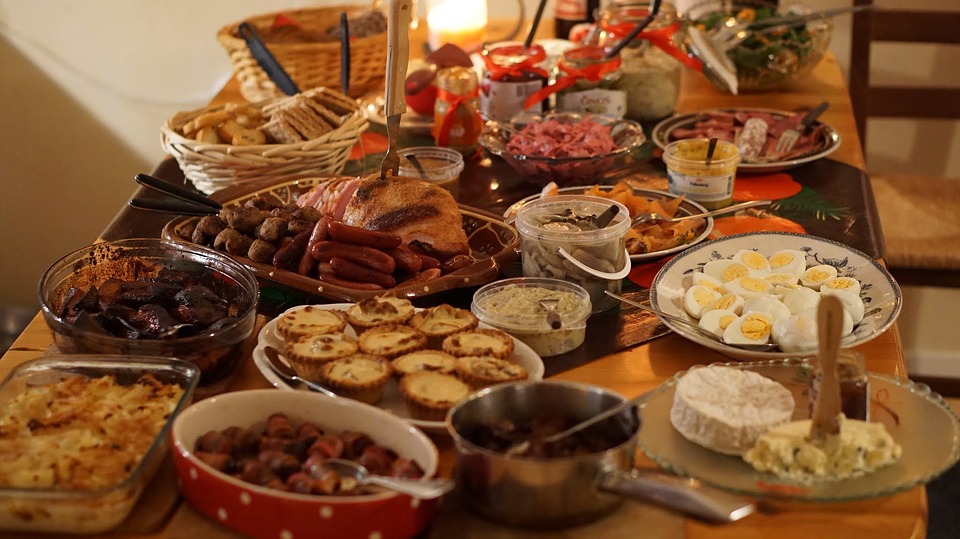 British researchers have claimed success for their tips and techniques to minimize weight gain over Christmas. In a scheme worthy of Ebenezer Scrooge, says the Telegraph, they have issued “a list of the exercise needed to work off festive treats in the hope that revelers will think twice about over-indulging this Christmas.”

The team at Birmingham and Loughborough Universities tested their tips on a group of 272 people who were asked to take part in a Winter Weight Watch program as an alternative to receiving “a leaflet about healthy lifestyle which had no dietary advice.”

The researchers found that “[e]ven a small Christmas pudding requires nearly two hours of running to burn off the eye-watering 1,280 calories, while a brisk 35-minute walk would be needed to shed one slice of Christmas cake, or a 12-minute stroll for a single Fererro Rocher.”

Frances Mason, of the University of Birmingham’s Institute of Applied Health Research, maintained: “On Christmas day alone, an individual might consume 6,000 calories – three times the recommended daily allowance. Low intensity interventions such as the one used in our Winter Weight Watch Study should be considered by health policymakers to prevent weight gain in the population during high-risk periods such as holidays.”

But even Ebenezer Scrooge, who vowed to “honor Christmas in my heart, and try to keep it all the year,” did not eat Christmas pudding every day — and he was visited by the ghosts of Christmas Past, Christmas Present, and Christmas Yet to Come, not three dietitians with a pair of scales and a list of exercises.

Santa used to make a list of who was naughty and who was nice, but apparently we are all on the naughty step because the list now consists of exercises seemingly devised to take all enjoyment out of the Christmas season – which, even if followed, are likely to make people even hungrier.

It is no surprise, however, that Christmas itself is on the naughty step for making people put on weight. For years it has been attacked from all angles: for offending people of other cultures and religions — and, when the religion is taken out for fear of giving offense, for being too commercial; for being wasteful and environmentally unfriendly. And of course Santa was banned from his sleigh on health and safety grounds.

Now Christmas is being blamed for obesity, and perhaps the Spirit of Anti-Christmas Yet to Come will appear to warn us of the #MeToo dangers of stealing a kiss under the mistletoe and the discriminatory dangers of promoting the hetero-normative family.

In the interests of child welfare too, Father Christmases (if they are still referred to as such, in the trans-normative future) may be banned for being a bad role model for the young, not only in view of their obesity, but because of their unauthorized humor. But by then there will be little for them to ‘ho, ho, ho!’ about anyway, for Christmas itself will probably be banned for encouraging people to think that a child is a good thing, when it is only increasing the carbon footprint.

The whole point of the Christmas feast is that it occurs only once a year; if the food researchers wish to improve the nation’s eating habits, instead of abolishing the feasting they would do better to encourage fasting — the old Advent practice of giving up something now in expectation of something even better to come; moreover, giving the money we save to the poor would help fulfill the “equality” mandate.

It would be cheaper and more efficient than connecting an exercise machine to every dinner table so we can burn off the Christmas pudding while we are eating it. And Ebenezer Scrooge would certainly approve, since “it was always said of him, that he knew how to keep Christmas well, if any man alive possessed the knowledge. May that be truly said of us, and all of us!” That includes dietitians, for even they cannot be expected to diet over Christmas.

This article reprinted with permission from Mercator.net.