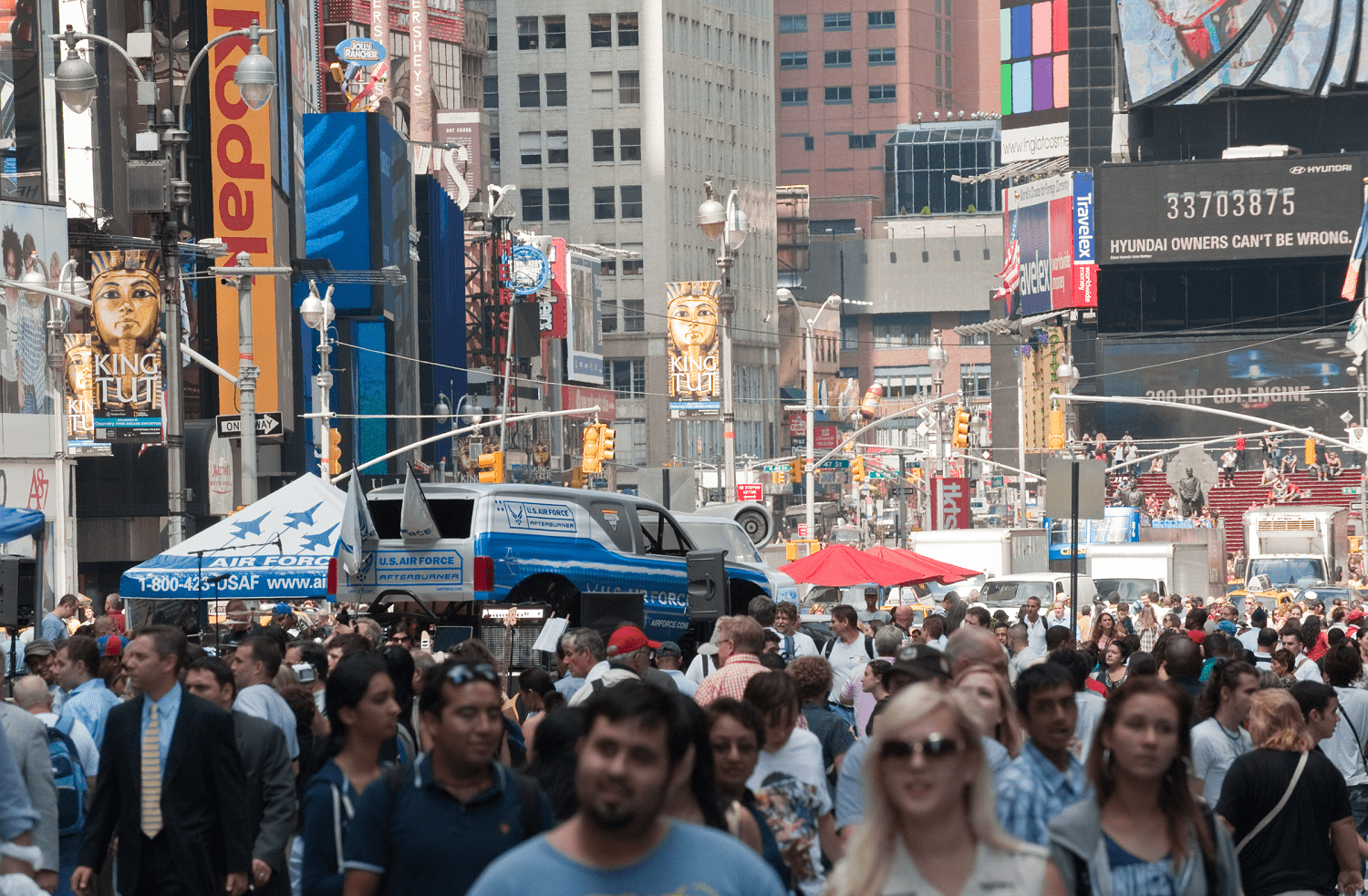 As bad as the situation in Chicago is, with a public pension system 42 billion in the red, New York has even worse exposure. Its standings include 65 billion in unfunded pension liabilities, 100 billion in unfunded retiree health care, and a city debt of approximately 50 billion – for a grand total of 215 billion.

These problems are likely driven by unsustainable policies, such as the one where city workers with 10+ years of service get free health care for life. Thus, while the private sector has long used 401K plans funded by the employee with small contributions from the employer, the public sector still enjoys generous benefit plans constitutionally guaranteed and funded by New York’s taxpayers.

According to Eric Boehm of Reason, New York City has been spending more to meet its obligations than to build and renovate bridges, parks, schools and other public assets. New Yorkers have forgone billions of dollars a year in services, infrastructure improvements, and potential tax savings to back up the state’s constitutional guarantee of generous pensions for city employees.

But it’s not just New York and Chicago. Cities and states across the country are experiencing an epidemic of underfunded public pensions for a price tag of 4.4 trillion. Some cities have even opted for bankruptcy in order to solve this problem:

Since public employee pensions are legally protected obligations, failing to make annual pension fund contributions can generate exponential growth in the unfunded portion of the liability. When the liability grows too large, governments may turn to cutting service levels or raising taxes because annual pension costs consume an increasing amount of their operational funds. A death spiral occurs when taxes go up: services diminish and people leave to other states resulting in increasingly shrinking tax base.

Illinois is in the early stages of this death spiral; the lack of public services are obvious as you travel the Illinois interstate and notice chest high grass bordering the highways. The state is also experiencing a net loss in their population due to ever-increasing taxes and deterioration of their services and infrastructure.

A primary issue for New York City, although it has a larger economy than Chicago, is an economy that rises and falls with Wall Street. The securities industry has the highest average salary of any industry in New York City and accounted for 21 percent of all private sector wages in 2017. Federal government quantitative easing (QE) since 2009 has been the driver to the stock market, acting like a crack cocaine for the markets.

But the Fed pumping money into the economy is over and withdrawal symptoms are now occurring as market volatility is on the upswing. The October 2008 Troubled Asset Relief Programs (TARP) bailouts of Bank of America, Goldman Sachs, AIG, Merrill Lynch, and others, prevented the “too big to fail” entities from learning their lesson. Bank leverage is still very prevalent and the “too big to fail” companies, with the exception of AIG, are bigger than before 2008.

New York’s hope for relief in their underfunded pensions relies on investment performance. The impressive 12.95 percent returns of 2017 were helpful after the dismal performance of 2015 and 2016, but with the current equity market cycle getting long in the tooth, a market correction seems imminent.

Adding to New York City’s problems is the deflation of the high-end real estate market. In September of 2018, Kathleen Elkins of CNBC wrote that New York City has moved into a buyer’s market and is experiencing a housing trend last seen in 2009. Offers have been 20-25 percent below asking price with homes listed at 1 million or more and spending 100 days on the market.

New York City and other cities are facing a potential perfect storm:

Will the federal government bailout New York City and Illinois when things get ugly? If New York City stiffs their bond holders, they cut themselves off from debt markets with no future funding, forcing NYC to live within their means requiring cuts to services or raising taxes.

Capitalism requires bankruptcy so everyone else will know how to behave. As we saw with TARP in 2008, when the government bails out those that should go bankrupt, you perpetuate bad behavior. If we go down the road of “government has your back,” hyper-risk and illicit behavior is rewarded.

Will we propagate this same behavior by bailing out cities and states?