Can Your Heart Grow Three Sizes? A Doctor’s Take on ‘How the Grinch Stole Christmas’ 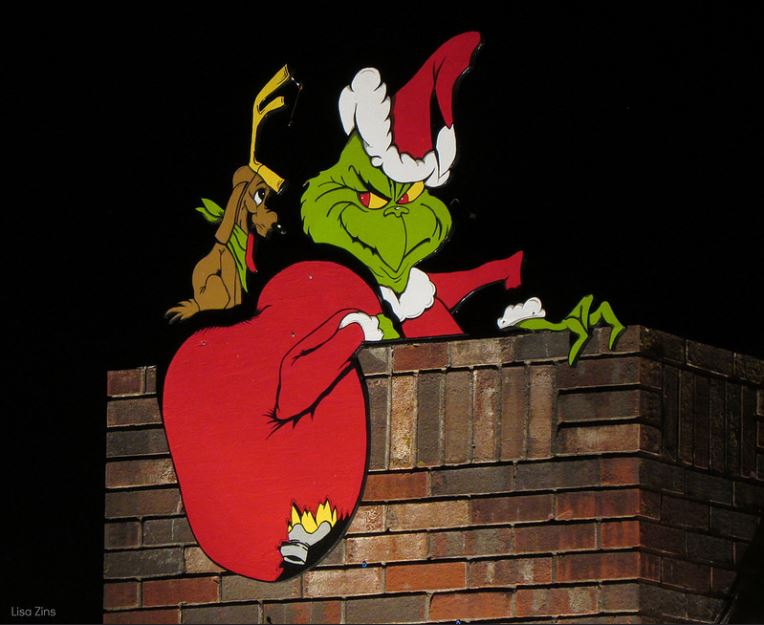 At the beginning of Dr. Seuss’ “How the Grinch Stole Christmas,” the green, pot-bellied, feline-faced Grinch is a bitter, foul-tempered misanthrope whose heart is “two sizes too small.” In the middle of the story, he plots to steal all the Christmas gifts in Whoville and toss them from a cliff. At the end, having learned that stealing the presents does not destroy the Whos’ fellowship and joy, he begins to see the deeper meaning of the holiday. He has a change of heart, and when he returns their gifts, his heart grows three sizes.

As a physician, I know that heart size matters. Having always assumed that bigger muscles are better muscles, in medical school I was surprised to learn that cardiomegaly, the medical term for a large heart, is in fact a sign of disease – most commonly an indicator of heart failure, a condition that afflicts nearly 6 million U.S. adults. The heart gets bigger because, as its ability to pump blood begins to decline, it allows its muscle fibers to be stretched more, like a spring, in order to recoil with greater force.

Of course, when Dr. Seuss described the size of the Grinch’s heart, he did not have in mind a medical condition. Instead he was indicating a metaphorical failure of the heart, an organ which has often been regarded as the center of affection and the seat of goodness. But just who was this “Dr.” Seuss, how did he come to be writing and illustrating children’s books, and what was he trying to get across in his strange little tale about the people of Whoville and their delightfully diabolical nemesis, the Grinch?

Dr. Seuss, also known as Theodor Seuss Geisel, was the son of Henrietta (née Seuss) and Theodor Geisel. Born in Massachusetts in 1904, he graduated from Dartmouth College and then attended Oxford University. Working for a time as an illustrator for popular magazines and advertising campaigns, he also produced films for the U.S. Army. He published his first children’s book in 1937, and it was 20 years later that “How the Grinch Stole Christmas” first appeared.

Geisel’s 60-plus books have sold over 650 million copies and been translated into at least 17 languages, making him one of the best-selling children’s authors of all time. In addition, his characters have spawned television shows, films and a Broadway musical. Though Geisel left Oxford before receiving his degree, in 1956 Dartmouth awarded him an honorary doctorate, legitimizing “Dr. Seuss.” In 2012, it named its medical school the Geisel School of Medicine.

The 1966 television adaptation, which featured Boris Karloff as both the narrator and the voice of the Grinch, included the song, “You’re a Mean One, Mr. Grinch.”

Thurl Ravenscroft sings the Grinch song in the 1966 TV special.

Perhaps drawing on Charles Dickens’ portrait of Ebenezer Scrooge in “A Christmas Carol,” Seuss paints a creature who has been living in near-complete isolation for many years – in the Grinch’s case, 53 years atop a lonely cliff overlooking the town. Every year, he observes the people of Whoville celebrating the holiday, and the sounds of bells ringing and the singing of Christmas carols has become positively unbearable to him.

Like Scrooge, who considers Christmas a “humbug,” the Grinch believes that the festive spirit of the holiday is a mere fraud, a thin veneer of rejoicing that can be easily ripped away by depriving the Whos of the trimmings of the season. To his surprise, however, relieving them of all the gifts they give and hope to receive does not dampen their holiday cheer. Even after waking to find no presents under the tree, they join together in a joyous Christmas song.

Instead of destroying the spirit of the holiday by stripping away its trappings, the Grinch, to his surprise, ends up purifying and amplifying it. In doing so, he echoes the sentiments of his creator, who at the age of 53 was brushing his teeth one 26th of December and “noticed a very Grinch-ish countenance in the mirror. It was Seuss! So I wrote about my sour friend, the Grinch, to see if I could rediscover something about Christmas that obviously I’d lost.”

The idea that the Christmas holiday has built up so many commercial accretions that its essential meaning has become obscured is not a new one. Nearly 500 years ago, the reformist theologian John Calvin famously wrote that, because the birth memorialized in Christmas is of the utmost importance, earthly things – “all enjoyments, all honors, all things desirable” – must not be allowed to supersede its holy meaning. Genuine celebration is impossible unless it is focused on the real cause for joy.

Geisel, the grandson of four German immigrants whose upbringing was steeped in Lutheranism, knew this tradition well. What matters most about Christmas is not the merchandise in the shops or the presents under the tree, but what is in the heart of the those who rejoice in the true meaning of the holiday – the idea that generosity and love pulse at the very core of creation, and that it is in acknowledging what we have received that we open up ourselves up fully to sharing and fellowship.

To be sure, we can do a lot to promote cardiac health by avoiding smoking, maintaining physical fitness, and eating right. But when we talk about undergoing a change of heart or getting our heart in the right place, we have in mind more than a biological pump that needs fuel. We are talking about what it means to be human, who we are as human beings, and what kind of people we are aspiring to become. As the Grinch discovers, a fully human life is possible only for those whose hearts are big and full.