Can America Fight Two Cold Wars at Once? 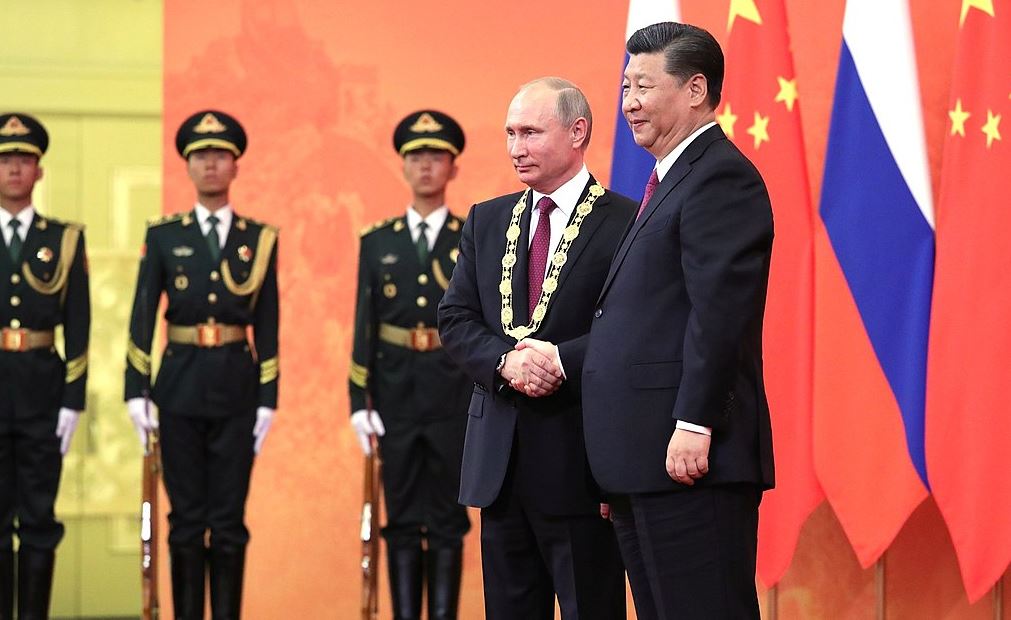 Kim Jong-un, angered by new American sanctions, is warning that North Korea’s commitment to denuclearization could be imperiled and we could be headed for “exchanges of fire.”

Iran, warns Secretary of State Mike Pompeo, is testing ballistic missiles that are forbidden to them by the U.N. Security Council.

Turkish President Recep Tayyip Erdogan has warned that, within days, he will launch a military thrust against U.S.-backed Kurdish forces in northern Syria, which he regards as allies of the PKK terrorist organization inside Turkey.

How did the United States, triumphant in the Cold War, find itself beset on so many fronts?

First, by intervening militarily and repeatedly in a Mideast where no vital U.S. interest was imperiled, and thereby ensnaring ourselves in that Muslim region’s forever war.

Second, by extending our NATO alliance deep into Eastern Europe, the Balkans, and the Baltics, thereby igniting a Cold War II with Russia.

Third, by nurturing China for decades before recognizing she was becoming a malevolent superpower whose Asian-Pacific ambitions could be realized only at the expense of friends of the United States.

The question for our time, then, is this: can the U.S. pursue a Cold War policy of containment against both of the other great military powers, even as we maintain our Cold War commitments to defend scores of countries around the globe?

And if so, for how long can we continue to do this, and at what cost?

Belatedly, the U.S. establishment has recognized the historic folly of having chaperoned China onto the world stage and sought to buy her lasting friendship with $4 trillion in trade surpluses at our expense since Bush 41.

She has annexed the South China Sea, built air and missile bases on half a dozen disputed islets, and told U.S. ships and planes to stay clear.

She has built and leased ports and bases from the Indian Ocean to Africa. She has lent billions to poor Asian and African countries like the Maldives, and then demanded basing concessions when those nations default on the debts owed for building their facilities.

She has sent hundreds of thousand of students to U.S. colleges and universities, where many have allegedly engaged in espionage.

She has kept her currency below market value to maintain her trade advantage and entice U.S. corporations to China where they are shaken down to transfer their technology secrets.

China has engaged in cyber theft of the personnel files of 20 million U.S. federal applicants and employees. She has apparently thieved the credit card and passport numbers of 500 million guests at Marriott hotels over the years.

She has sought to steal the secrets of America’s defense contractors, especially those working with the Navy whose 7th Fleet patrols the Western Pacific off China’s coast.

She is believed to be behind the cybersecurity breaches that facilitated the theft of data on the U.S. F-22 and F-35, information now suspected of having played a role in Beijing’s development of its fifth-generation stealth fighters.

Christians are persecuted in China. And Beijing has established internment camps for the Uighur minority, whose Turkic Muslim peoples are being subjected to brainwashing with Chinese propaganda.

China’s interests, as manifest in her behavior, are thus in conflict with U.S. interests. And the notion that we should continue to cede her an annual trade surplus at our expense of $400 billion seems an absurdity.

We have, for decades, been financing the buildup of a communist China whose ambition is to expel us from East Asia and the Western Pacific, achieve dominance over peoples we have regarded as friends and allies since World War II, and displace us as the world’s first power.

Can we, should we, pursue a Cold War with Russia and China, using Kennan’s containment policy and threatening war if U.S. red lines are crossed by either or both?

Should we cut back on our treaty commitments, terminating U.S. war guarantees until they comport with what are true vital American interests?

Should we, faced with two great power adversaries, do as Nixon did and seek to separate them?

If we conclude, as this city finally seems to be concluding, that the long-term threat to U.S. interests is China, not Putin’s Russia, President Trump cannot continue a trade relationship that provides the Communist Party of Xi Jinping with a yearly $400 billion trade surplus.

For that would constitute a policy of almost suicidal appeasement.