An Acute Outbreak of Moralitis 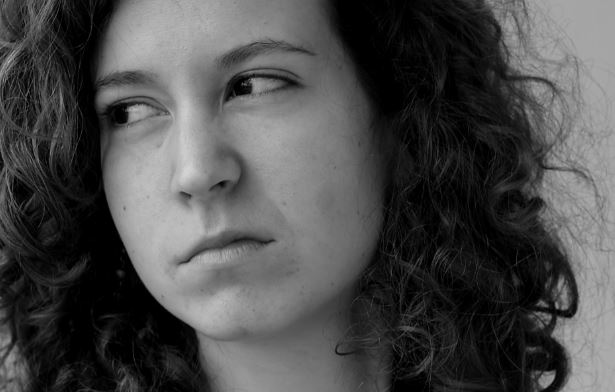 The ‘silly season’, they call it – when Parliament has closed for the summer holidays, and the newspapers scramble for titbits. Last week the media pounced on a commentary by the recently-resigned Foreign Secretary Boris Johnson, the flaxen-haired politician pretending to be an essayist (or is it the other way round?). Don’t ban the burqa, Boris wrote in his latest stint as Telegraph columnist, while observing that a wearer of this body sack resembles a letterbox. His article was libertarian both in advocating freedom to dress, and freedom to mock.

The result was a feverish outbreak of moralitis. This is a social virus described by Robert Oulds and I in our recent monologue for the Bruges Group titled Moralitis: a Cultural Virus. In its mild stage the symptoms are a propensity for virtue-signalling in favour of social justice and identity politics. As it develops, moralitis becomes a delusional disorder, whereby the afflicted lose their grip on reality and cannot compromise on increasingly puritanical dogma. Rife in our public institutions, the disease has reached epidemic levels in the younger student and graduate segment of society (as noted by James Delingpole, universities are effectively madrassas for political correctness). Thus indoctrinated, the person with moralitis reacts aggressively to a conflicting (or common-sense) opinion.

The sillier the stance, the more hysterical the protest. In his carefree style, Boris Johnson brought the liberal-Left intelligentsia out in a rash. A mass confected outrage continues a week later, maintained by the likes of Owen Jones in his accusations of Tory ‘Islamophobia’. The fact that the burqa is a feature of fundamentalist Wahhabi society, and that countries rigidly adhering to Islamic scripture are known to hang gay men from a crane, is sidestepped by the Corbynite pipsqueak. Moreover, many detractors had not read Boris’ article, accessible only through Telegraph subscription.

Of course, the problem is not so much what was written, but who wrote it. Boris, for the Remain-dominated BBC and Guardian, is a dangerously popular figure who must be ridiculed and vilified at every turn. Boris means Brexit. Enemies in his own party have opportunistically castigated him, and Theresa May demanded he apologise while her chairman initiated a disciplinary enquiry. Not only is May’s leadership threatened by the post-Chequers mobilisation  of Boris, but she was expressing her own postmodern credentials (it was May who coined the phrase ‘nasty party’, as an attack on true conservatives).

The Brexit factor would surely have been highlighted more were it not for some inconvenient truths from the mainland of the EU. Actually, the Guardian had a piece referring the burqa controversy (and overwhelming support for Boris in opinion polls) to Britain’s post-referendum insularity, but the ideal of progressive Europe is not helped by France, Denmark, Austria, Belgium and other countries having banned the burqa in public places. Critics have denounced Boris as Islamophobic, racist and misogynist, but no BBC interviewer has asked them whether they would say the same of their European cousins. And remember, Boris argued against a ban.

Such hypocrisy is a feature of moralitis, which is freed from logical argument by the philosophy of moral relativism. Someone found that a Guardian writer once likened burqa-wearers to letterboxes, but that’s different because she was a Muslim, not a white man. A key difference between traditionalists and progressives is that the former follows principles (based on Judeo-Christian heritage and post-Enlightenment reasoning), while the latter emphasises ‘values’. A value such as tolerance is so vague that it becomes meaningless in principle (where is the tolerance for Boris?) and really just a dressing up of prejudice. Consider the insult ‘gammon’ used by the supposedly virtuous to deride older white patriots.

Islam, in identity politics, has a protected status. Moralitis has made people abandon critical reasoning, so that obviously regressive practices are allowed if not celebrated. Face-covering garb is a woman’s right – that’s feminism. But the common people are not convinced by these mental gymnastics. Support for Boris arrived by the sackful at the Telegraph, and some notable Muslims have defended him. Taj Hargey, an outspoken imam in Oxford, wrote to the Times arguing: –

‘The burka and niqab are hideous tribal ninja-like garments that are pre-Islamic, non-Koranic and therefore un-Muslim. Although this deliberately identity-concealing contraption is banned at the Kaaba in Mecca it is permitted in Britain, thus precipitating security risks, accelerating vitamin D deficiency, endorsing gender inequality and inhibiting community cohesion.’

The majority of Muslims in the West do not want to live by a literalist, patriarchal version of Islam, and many are aghast at the political and cultural establishment bending over backwards to appease noisy but unrepresentative fundamentalists. Our leaders need backbone to preserve our enlightenment values of free speech, democracy and equality before the law. These tenets of civilised society should be directly set in opposition to the distortions of cultural Marxism, which besmirches basic freedoms with ugly notions such as ‘hate speech’.

The antidotes to moralitis are rational debate and humour, and we rely on the likes of Boris to push the boat out. We should promote cultural norms that apply to all, for the benefit of society. As we leave the EU, a positive and inclusive British identity is needed, with social cohesion at its core. Perhaps we can have some of those ‘difficult conversations’ urged by Theresa May. Most people, as polling shows, would go much further than Boris on the burqa. They would like it banished from schools, universities, hospitals, airports and law courts. Definitively, social norms are set by society and if the majority of people don’t like an alien cultural practice they have a right to say so.

This article has been republished with permission from The Bruges Group.