Why the Great War Matters Today 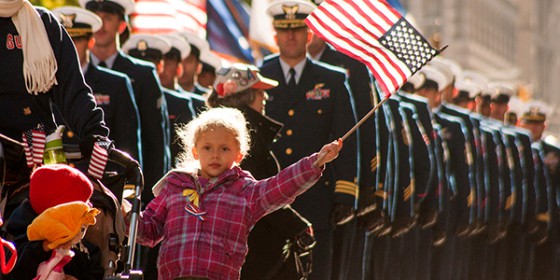 That hour, that day, and that month brought an armistice to the First World War, a conflict that proved just the prelude to the bloodiest century in the history of humankind.

November 11, 2018 marks the centennial of that armistice.

That war and the subsequent peace agreements brought consequences that even today haunt our lives.

The War destroyed empires and dynasties. The Romanovs of Russia, the Hapsburgs of Austria, the Hohenzollerns of Germany, and the Ottoman Empire: all were swept away.

With the exception of Turkey, in their place came the communism of Lenin and Stalin, and the fascism of Hitler and Mussolini.

The United States became the leading power of the West.

The War shattered Western culture, radically changing art, literature, and music. For better or for worse, post-war modernism swept away the cultural standards of 1900.

The cruel terms of peace imposed on Germany helped give rise to Nazism and World War II.

World War II brought the often-violent demise of European colonial powers, the rise of nationalism in Africa and the East, and the Cold War.

The dead, civilian and military, in the First World War numbered approximately 20 million.

The body count for the Second World War was nearly four times that amount.

The total number of people killed by communists and fascists in the last hundred years exceeds 100 million.

On this Armistice Day, known in Great Britain as Remembrance Day and in the United States as Veterans Day, we should pause and remember the horrific tragedy of World War I. We should remember the deaths of that war and those of its hundred-year aftermath. We should recollect the political ideologies that cost so many millions their lives or their freedom. We should remember that whatever liberties we enjoy came with a price tag of “blood, toil, sweat, and tears.”

Every year on April 16th, Israel honors the dead of the Holocaust. Around the country sirens blare for two minutes, and all activity comes to a halt. Cars and trucks stop on the highways; the drivers emerge and stand in silence; pedestrians do the same.

On Veterans Day, perhaps we might imitate the Israelis, pause, and reflect on the savagery and repulsive social experiments of our bloodstained century. Here in the United States, we should thank and honor our veterans, yes, but we should also remember those killed in war or murdered by oppressive regimes. If nothing else, our private Remembrance Day may make us a little wiser, a little more humble, and a little more grateful for the sacrifices of others.

As for those who live only in the present, who are arrogant about our advancements in science and technology, who smirk at the pre-twentieth century beliefs and practices of our ancestors, who belittle the old philosophies as the product of “dead white men,” who deem themselves the moral superiors of those whose names live in our history books, we might recollect that it is we moderns who brought to the world Dachau, Hiroshima, genocide, and abortion on a massive scale. While we like to regard ourselves as “advanced,” future historians may well regard us as monsters.

In 1919, the year after the Great War ended, Rudyard Kipling, who lost a beloved son in that war, wrote his poem “The Gods of the Copybook Headings.” (“Copybook headings” refer to the maxims students at the time were required to write out for practice in penmanship and for moral instruction.) Here Kipling reminds us of what awaits us if we forget the lessons of history:

As it will be in the future, it was at the birth of Man

There are only four things certain since Social Progress began.

And the burnt Fool’s bandaged finger goes wabbling back to the Fire;

And that after this is accomplished, and the brave new world begins

When all men are paid for existing and no man must pay for his sins,

The Gods of the Copybook Headings with terror and slaughter return!