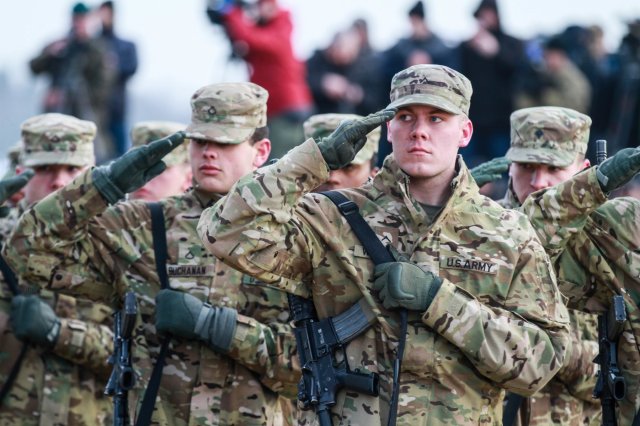 Rep.-elect Dan Crenshaw of Texas appeared on “Saturday Night Live” to give a message of unity and connection this Veterans Day weekend.

Crenshaw, a retired lieutenant commander and now Republican congressman-elect for Texas’ 2nd Congressional District, was thrown into the spotlight the weekend prior to Election Day when “SNL” cast member Pete Davidson mocked him for the wounds he sustained while fighting for America.

“There are a lot of lessons to learn here, not just that the left and right can still agree on some things, but also this: Americans can forgive one another,” Crenshaw said on the NBC show. “We can remember what brings us together as a country and still see the good in each other.”

Crenshaw served five deployments overseas. On his third combat tour, during a mission in Afghanistan, he was hit by a blast from an improvised explosive device that destroyed his right eye and badly injured his left eye. After multiple surgeries, he retained sight in his left eye and went on to deploy two more times, first to the Middle East, then to South Korea.

“This is Veterans Day weekend, which means that it’s a good time for every American to connect with a veteran,” the former Navy SEAL said during his “SNL” appearance. “Maybe say, ‘Thanks for your service,’ but I would actually encourage you to say something else: Tell a veteran ‘never forget.’”

“When you say ‘never forget’ to a veteran, you are implying that as an American, you are in it with them, not separated by some imaginary barrier between civilians and veterans, but connected together as grateful fellow Americans,” he added. “We’ll never forget the sacrifices made by veterans past and present.”

Crenshaw also asserted that Americans must never forget those who perished during the terrorist attacks on Sept. 11, noting that Davidson’s father was one such hero.