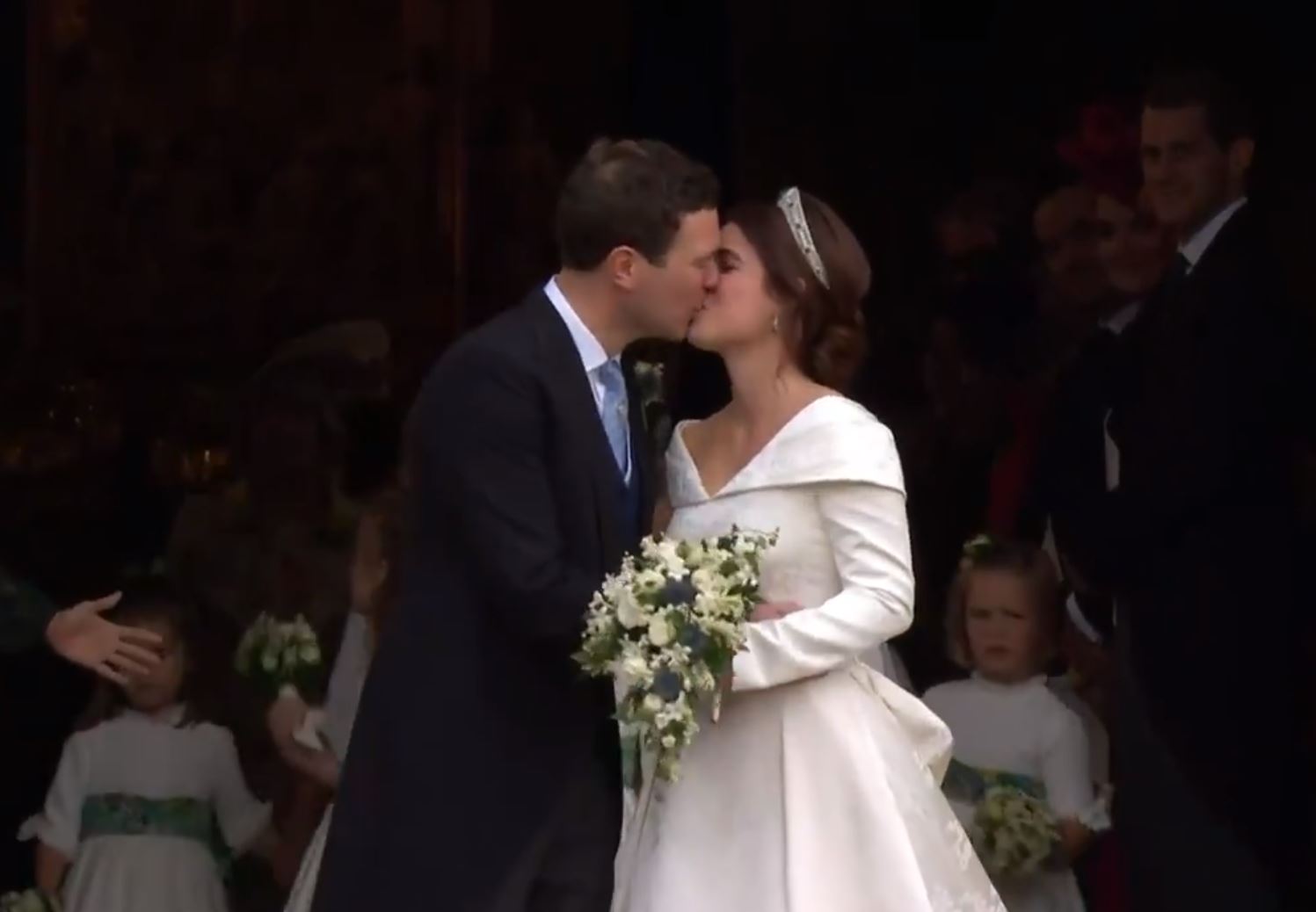 In checking out the morning’s headlines, I discovered I had overlooked a very important event: Princess Eugenie’s wedding to Jack Brooksbank.

I suppose I can’t really be blamed. Although a princess, Eugenie ranks ninth in succession to the British throne, a fact which naturally makes her wedding a little less visible than William’s or Harry’s.

Succession aside, the bride looked happy, Prince George and Princess Charlotte were cute members of the bridal party, and Will and Kate offered a sweet glimpse of their marital affection.

But while these tidbits are fun, it was a pre-nuptial interview between the bride and groom that caught my eye. When asked how they would describe each other, the couple responded as follows:

Smiling at this, Eugenie responded with a slightly longer description of her fiancé:

“Jack’s the kind of guy, you know, when you’re lost at a party and you can’t find anyone to talk to, and you start panicking and you need help. You’ll walk in and he makes everyone feel so special and he’ll scoop you up and he’ll talk to you and he’ll make you feel a million dollars. … [He’s] so humble and generous. … And that person you immediately know you’ve got a friend.”

I couldn’t help but find this refreshing. It seems completely different from most celebrity – and even many commoner – marriages today. Those are largely focused on the physical attributes of the person, or the ways in which they fulfill individual desires. They fixate on what J.R.R. Tolkien called “soul-mate” marriage, a relationship which bounces around to “the next sexually attractive person that comes along.”

Sure, Jack and Eugenie’s marriage may end up that way – one can never tell. But there’s something different in the way they describe each other. They are focusing on the character traits of the beloved – the ways in which each reaches out and helps others – instead of being completely fixated on physical appearance, or sexual experience, or even self-serving personal desires. They are not, as C.S. Lewis explained, “idolis[ing] Eros,” in which the couple “expect[s] that mere feeling [will] do for them, and permanently, all that [is] necessary.”

Would today’s marriages be longer lasting and more satisfying if more young couples focused on the same?