The American Descent Into Uncivil War 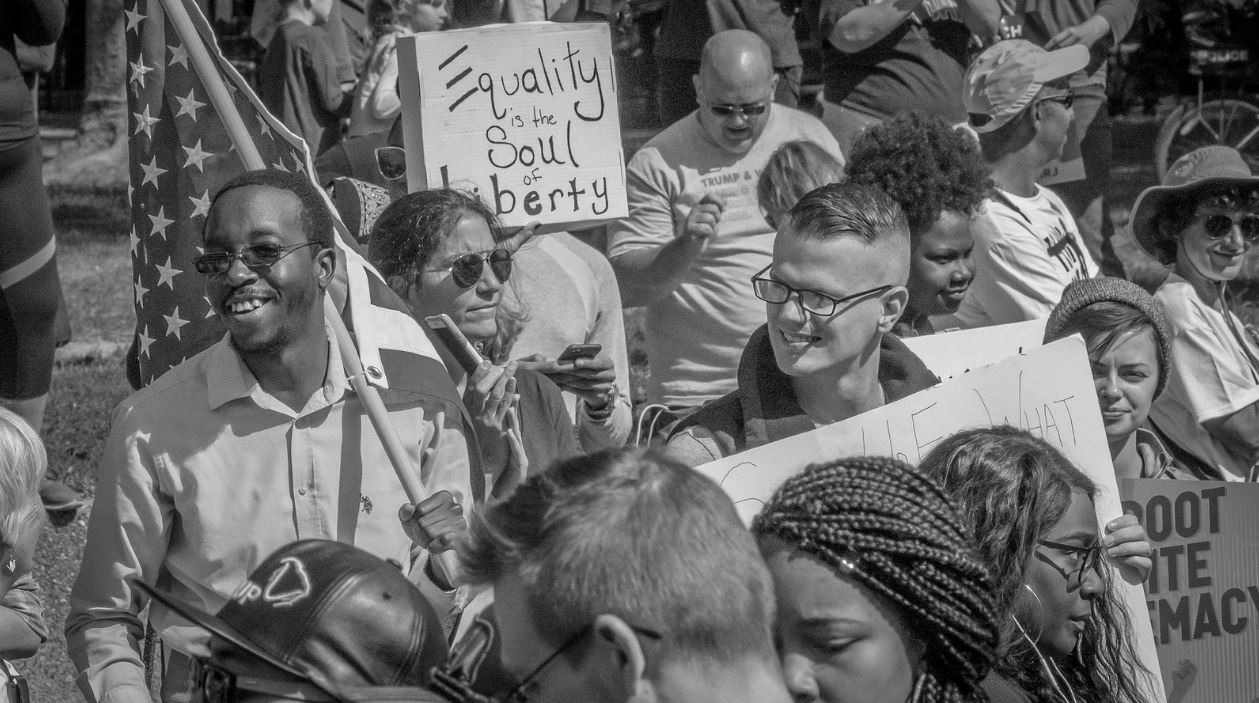 When we say Americans are divided and polarized, it can conjure up the image of cloth stretched to the point of ripping.

However, this image does not represent everything we are experiencing as a society. Indeed, the social fabric is already torn.

The united America we once knew no longer exists. Instead, larger or smaller remnants are trying to survive inside a collapsing framework. Each clings to its rendition of the American dream and claims to be its authentic representative. The consensus that acted as the glue holding America together is gone. In its stead, strident clashes between the factions are the thunderous rumblings of worse things just over the horizon. The growing liberal hatred for America’s Christian roots and morals means that we are no longer one nation under God.

The confirmation hearings of Judge Brett Kavanaugh, now thankfully behind us, laid bare this moral divide now cleaving the nation. They highlighted the profound chasm that divides us, preparing for what some writers no longer hesitate to call a new civil war.

Conditions for a New Civil War

Civil wars happen when there is a profound philosophical incompatibility inside a nation. Violence and war are the secondary effects of this cause and the later phases of its development.

We are now at a stage where we can no longer discern a political unity or even organized disunity. We cannot even agree to disagree. We can discern two general groupings of messy fragments that congeal and dissolve around political and cultural issues. It is far from any neat geographic or political divisions normally associated with civil wars.

Unifying Principles That no Longer Unify

The principles that defined our socio-political system are those of the classical liberal order. It includes the rule of law, representative government, the defense of private property, and guaranteed individual freedoms.

If not kept in check, this liberal order also tends to destroy moral limits and needed social structures. If restrained and ordered, it can be a practical yet secular framework that allows a nation to prosper.

Our particular brand of liberalism borrowed heavily from the Christian institutions and virtues with which it clashes. Liberalism, for example, exalts the individual yet needs the Christian family to form character. Liberalism promotes extreme freedom yet counts upon Christian morals to bridle the disordered passions. Liberalism glories in its bland secularism but cannot survive without religion, which gives life meaning and purpose.

Thus, the present liberal order has worn down these sustaining Christian institutions. Without them, the classical liberal order will necessarily die of its internal contradictions. Many astute political observers recognize this while others still entertain hopes of reviving this order.

Blaming the left for the great incompatibility dividing the nation is easy. Liberals are often the change agents bringing chaos and unbalance to society. Their relativistic (and now nihilistic) narrative lends itself to distorting reality or self-identifying as whatever. Their rage against conservatives is much more strident and rabid than that of the right against them.

However, the incompatibility might be better explained as different interpretations of the same classical liberal thought. Those in one fragment wish to conserve a liberalism still under the influence of past Christian models and mores. Their opponents seek to take the liberal concept of freedom to ever more extreme manifestations of unrestraint and license. Both ends of the spectrum once shared the same liberal idea. Today, they subscribe to disparate understandings of it.

Perhaps the only thing upon which the two factions can agree is that the present state of things is unsustainable. Like spouses in a crumbling marriage, they eschew their marriage obligations, feud over differences instead of patching them up, and plunge into the abyss of divorce. Both sides want an America in their image and likeness, but neither has the means to make this happen. Conservatives lack sufficient authenticity and vigor in the Christian institutions that might regenerate order. Progressives have evanesced to the point that they lack dynamism and fresh ideas.

The Tension Between Freedom and Equality

The resulting stalemate is giving rise to the philosophical incompatibility that prepares not for civil debate but civil war.

This incompatibility stems from the fact that liberalism has always lived in the shadow of the tension between freedom and equality. It never resolved the contradiction of this tension but merely put it off. Distractions like the Cold War, progress, and economic development absorbed the nation’s attention.

But now, this contradiction has moved into the forefront since there is little Christian restraint left to keep liberalism within the bounds of sanity. Freedom has become license. Reality is denied. You can self-identify as you wish. You can do anything you consent to experience. You can affirm and demand any rights you imagine to exist. Equality has come to mean the most absurd suppression of all inequalities, real, imagined, or politically incorrect. Worse, the full coercive power of government is brought to bear, imposing these fantasies upon unwilling citizens.

Liberalism gone awry is setting the terms of the debate. America’s incompatibility and troubles stem from liberalism’s false notions of absolute freedom and equality. If these false premises are not rejected, then anything can be expected, as we are now seeing.

We need truth and reality as the correct premises for the debate. Effecting this does not involve anything new. Instead, it is simply a return to the wellspring from which our Christian civilization sprung. It is nothing else than the natural human desire for all that is good, true, and beautiful. And it necessarily leads to God.

Inside this vision, we will always find everything needed to re-establish order. We must return to the true and classical definition of liberty as man’s freedom to pursue what is good, embracing that self-restraint of our unbridled passions that frees us to act in accordance with what is right. We must reaffirm the need for just, proportional, and harmonious inequalities that arise from virtue, talent, strength, character, and tradition. They are the bedrock for true progress and individual development. Such an order presupposes a respect for God and His law.

We must return to order, which Russell Kirk so aptly called “the first need of man.” Outside of order, there is no common ground upon which to govern the nation. Instead, it will lead to what some are calling a savage “tribalism.”