Prelude To A New Civil War? 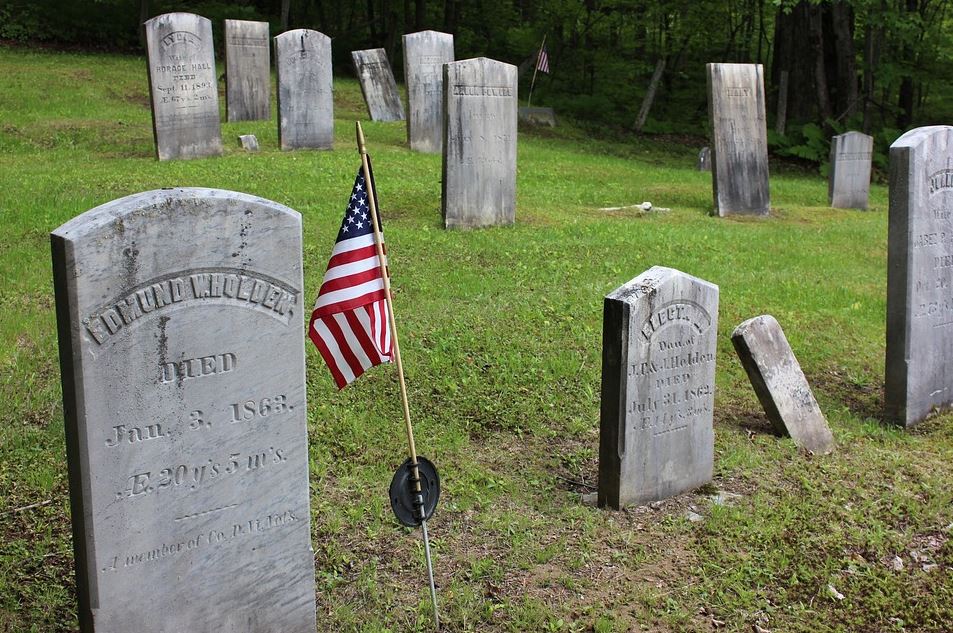 Well. In Madison, Wisconsin, the city council has voted overwhelmingly to remove a cemetery marker noting the names of about 140 Confederates, most of whom died in a prisoner of war camp in the town. More:

You don’t have discussion in a cemetery. You have reflection, and you have memories, and this (monument) brings up memories that are not so pleasant in our history,” said Council Vice President Sheri Carter.

These are Americans who died as prisoners of war. “They die off like rotten sheep,”said a Union soldier who worked at the camp, where conditions were bad. The “monument” is a tombstone large enough to feature the names of each of the dead. This is not a statue of a Confederate war hero. It is simply a grave marker noting the names of POWs who died far from home.

There is no longer equality before God of the fallen, not in Madison, Wisconsin. The city council spits on these dead men, who passed away not in combat, but in Union custody.

In Grace Church cemetery in my Louisiana hometown, you can visit the grave of Lt. Commander John Hart, US Navy, who captained a Union gunboat that was shelling the town and that very church in 1863. Cmdr Hart committed suicide on the boat during the battle. He was a Freemason, as many of the Confederates were. Hart’s men asked for a truce, and for the right to bury their commander in the Grace Church cemetery with full Masonic honors. The Confederate Masons agreed. So the war stopped while all the combatants gathered around the grave to commit Cmdr Hart to the earth.

Children in my hometown are often taken to Hart’s grave and told the story. His grave is treated with great respect locally, and always has been. That’s what decent people do for the dead. There is a brotherhood that defies mortal conflicts.

The leaders of Madison, Wisconsin, are manifestly not decent people. God preserve us Southerners from behaving so shamefully. I suppose it won’t be long before they disinter the Confederate bodies and put them on a barge down the Mississippi.

It’s hard to imagine what kind of despicable people destroy a tombstone — a tombstone! — for political reasons. This is a sign of the times — and of a time to come.