Owning Your Guilt: Why Everyone Must Learn to Do It 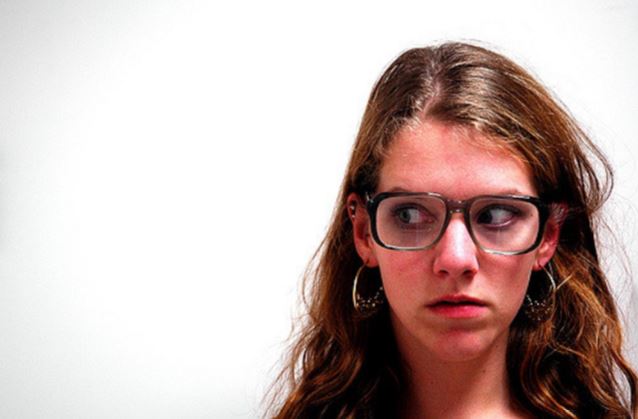 In The Great Divorce—the title comes from Milton’s Paradise Lost and refers to the separation of Heaven and Hell—C.S. Lewis paints an unforgettable picture of hell. This is not the Gehenna depicted in the Bible, in the homilies and writings of the Middle Ages, or in Dante and Milton, a sewer of flames, torture, devils with pitchforks, and souls screaming forever in agony. Instead, Lewis portrays hell as a desolate, gray, and lonely place whose inhabitants build their houses farther and farther apart from one another and who carry their past sins—their excessive pride, their refusal to ask forgiveness—as badges of their righteousness. Separated by their own volition from the joys of heaven, the damned live the same miserable lives they did on earth, only more so.

Lewis adds a twist to this picture by allowing those of the damned who wish to escape hell to ride a bus to heaven. These visitors, or Ghosts, are given the freedom, a sort of last chance, to claim paradise for their own if they so wish.

Most of these Ghosts reject heaven and descend again to hell. Blinded by vanity and doubt, they cling to their sins and turn their back on repentance. One bitter man labels heaven a fake; “Big Man” refuses to stay because he considers some in paradise his inferiors; a wife turns away after discovering she may no longer dominate her husband.

To those of us have who wronged others and lost our way, thereby hammering together, like the Ghosts in The Great Divorce, our personal hell, Lewis offers valuable lessons that, if learned and practiced, can help us escape the road we travel.

First, we have to acknowledge the causes and results of our iniquity. We have to see—truly see—the harm we have done. Your raging denunciation of your sister, resulting in years of silence; the curses you brought to the hospital where your alcoholic father lay dying; the gossip you directed at a co-worker that brought about her dismissal; the lies you told, leading a young man to cast aside his lover; these or a thousand other scenarios may belong to you. To get well, we must own up to the pain we have caused others.

Like the Ghosts in Lewis’s hell, some people are unable or unwilling to take on this task. For example, a man I know, who is well-educated with advantages that would rouse envy in others, is nearing the end of his life broke, angry, and depressed. He spent money profligately and made many poor decisions in his professional life, yet he always blames others—his parents, business associates, some of his friends—for his failures.

Face up to the harm you have caused, Lewis tells us, and you have taken the first step out of hell and into heaven.

Next, we must ask forgiveness from those we have wronged. We have to seek out our victims, acknowledge what we did, and tell them we are sorry. If they are dead or if we cannot find them, then we must ask in the silence of our hearts for absolution. Maybe you broke with your mother, refused her offers of reconciliation, and stayed away from her funeral. Now the years have passed, and you wake to the evil of your silence and your refusal to communicate, the pain you caused, your repudiation of her peace offerings. It’s too late to seek her mercy and love here on earth. If you believe in God, you ask for forgiveness in confession and prayer. If you are a non-believer, you seek that same forgiveness through a dialogue within yourself. Whatever the case, we must find a means of obtaining forgiveness.

Finally, like those few of Lewis’s Ghosts who do enter paradise, we must truly desire to move from hell into heaven. You might think the wisdom of making such a move would be obvious, but listen to those around you, and most importantly to yourself, and you’ll hear all sorts of people justifying their transgressions, trotting out excuses along with their regrets. They’ll admit they caused harm, but then they add that deadly word but, as in, “I know I should have called my mom before she died, but she could have called me, you know.”

In The Great Divorce, the Ghosts who get back on the bus and return to hell do so because they either can’t admit their wrongdoing or because they refuse to give up the sin that sent them to hell in the first place.

Pride can be a killer.

We don’t have to believe in God to make a choice between living in heaven and living in hell here on earth.

But we do get to choose.