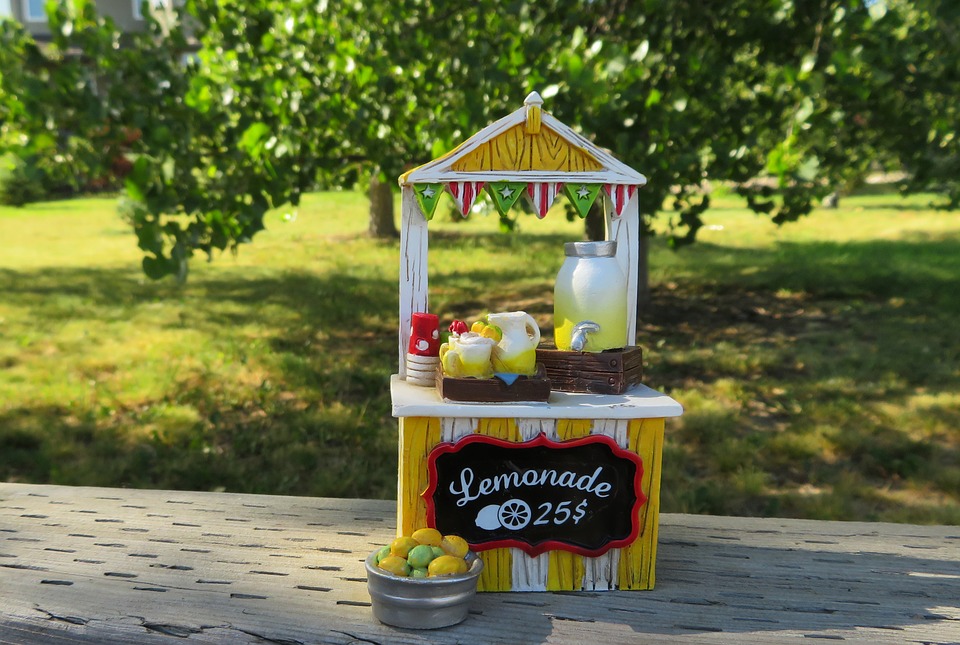 When most of us think of child entrepreneurs, our minds conjure up pictures of neighborhood lemonade stands and summer lawn mowing gigs. But in the modern marketplace, today’s “kidtrepreneurs” aren’t just running small-scale businesses anymore—they are well on their way to building commercial empires.

Some are so successful, their parents have even had the rare opportunity of being employed by their own underage children. But these business-savvy kiddos aren’t just making a killing by creating products that consumers love. They are also learning how to embrace failure—a skill most people do not learn until well into adulthood, putting these entrepreneurial kids way ahead of the game.

A Tale of Two Kidtrepreneurs

Alina Morse is not your average CEO. At just 13-years-old, she is running a multimillion-dollar candy company, Zollipops, which she started years ago.

When Alina was just seven-years-old, she accompanied her father on a trip to the bank where the teller offered her a lollipop. Like all children, she was excited about the sugary treat, but her father told her that the candy would rot her teeth. Instead of getting angry, young Alina went into problem-solving mode. If she wanted to be able to eat lollipops, then she had to find a way to invent a recipe that wouldn’t be a detriment to her oral hygiene.

After identifying the problem, she set to work looking for the right solution. For two full years, she set to work doing online research, testing different recipes, and using a variety of different types of cooking equipment in order to make the production process as efficient as possible. After the research and development stage was complete and her first lollipop recipe perfected, Alina, accompanied by her father, made her first sales pitch, an endeavor that secured her product line a place on Whole Foods’s shelves around the country.

Zollipops, which now includes sugar-free lollipops, taffy, and hard candy, is currently sold in more than 7,500 stores across the country and employs six full-time employees and a handful of independent contractors. This year, her brand’s sales are even projected at $5 to $6 million—no small feat for such a small person. In fact, Alina’s business has become so profitable, her parents now work for her. And while others may not be quite as successful as she is, Alina isn’t the only kidtrepreneur in the game.

Just like Alina, twelve-year-old Owen Simoes’s business idea began with a problem. Owen has a passion for refinishing antique furniture. Spray paint used to be the typical go-to product of his trade, but he began to grow frustrated by its propensity for making messes. In addition to staining his parents’ lawn a variety of bright colors, spray paint also left stains on his hands for days.

He noticed that many other people in the crafting world had moved away from spray paint and started using chalk-based paint that adheres to almost any surface but is also washable and, therefore, much easier to clean up than spray paint. Unfortunately, all the chalk-based paint products offered in retail stores were too expensive. But this small obstacle didn’t stop Owen. He set to work inventing his own version of the paint.

After researching online and experimenting with different recipes, Owen perfected his own formula. He calls his concoction SquidInk, and it saved him so much money on paint supplies, he was able to turn his hobby into a profitable business by buying old pieces of furniture, refinishing them, and then reselling to consumers.

Operating out of two rooms below his father’s office and online, SquidFlip—the furniture flipping side of his company—has gained quite a following and even inspired the Boston Globe to run an article profiling the young entrepreneur’s success. But again, these two young teens are just two examples of many. And the internet is at least partially responsible for explaining this recent surge in entrepreneurial kids.

Since the internet has made information available to just about anyone, kids and teens not only have access to limitless sources of inspirational ideas but also to tutorials that show them how to put turn their ideas into a physical product. Online retailers like Amazon have also made finding the supplies needed to make your product easier than ever. And since online retail is such a huge part of our modern shopping experience, in order to build a consumer base all these kids really need to know how to do is build a web page and a social media following.

Commenting on the rise of kid entrepreneurs, Tufts University professor Richard Lerner, who has dedicated much of his work to dissecting the attributes of young and aspiring entrepreneurs, said:

Kids can become entrepreneurial by sitting in their bedroom and going online and starting a web page. Many of the technologies that exist now didn’t exist 10 years ago.

But what is perhaps most interesting about Learner’s research on young entrepreneurs are his findings on how the entrepreneurial mindset is helping to teach children how to cope with and embrace failure.

The Freedom to Fail

Along with his partner G. John Geldhof, Lerner published an articleelaborating on their research regarding the mindset of young entrepreneurs, in which the pair writes:

One aspiring entrepreneur described winning an online business competition by repeatedly trying different strategies until he found a profitable approach to reselling used electronics online. Others described their ability to push through failures and persevere until they reached their goals.

It is rare for an entrepreneur to get it right on the first try. In fact, the road to entrepreneurship is often paved with routine rejection and a constant return to the drawing board to reformulate the strategy. And in order to make it in the world of business, you have to be willing to fail and also brave enough to use that failure to spark growth, something few adults are even capable of doing. But for these young entrepreneurs, failure is just a part of the process.

After young Owen started his business, his mother, Laura Simoes, was blown away by his ability to deal with rejection and disappointment. She commented:

When you’re trying to sell something and people are rejecting what you’re offering, that can be depressing and disappointing. His ability to manage his feelings around that takes a lot of maturity and sense of self.

Untainted by life’s hard knocks, children are free from much of the baggage carried by adults. This blank slate gives them more freedom to fail. And by failing well and often, these children have redefined the meaning of the word altogether.

Uninhibited. That’s how I would describe her. Alina hasn’t had five or 10 jobs where you had to follow this rule or that rule or do things in a certain way.

Arina has no idea that a “box” exists, which makes it easier to think outside of one. And this unbridled creativity has made her feel more comfortable with taking risks. When asked if she was scared to start her own company, she said. “I really didn’t see the risk, because I felt like I had nothing to lose.”

Given this tenacious spirit, it is no wonder that today’s kids have been able to harness the power of the internet to turn their ideas into something real.

This article has been republished with permission from FEE.