A Question for Harvard: Who Actually Wins from Racial Preferences? 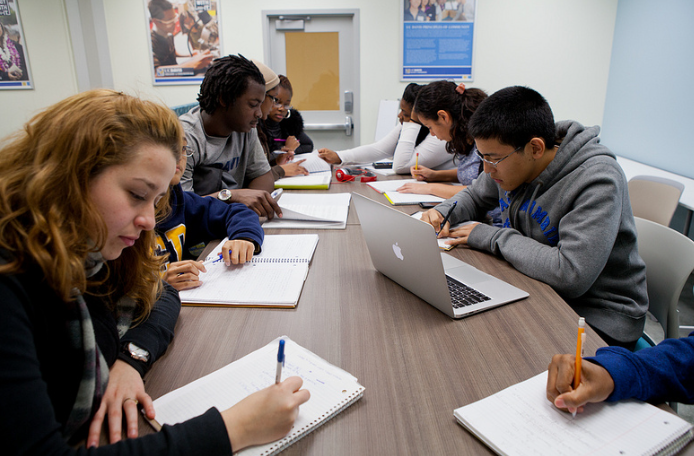 Sarah, a young African-American woman I’ve known for more than a decade, will apply soon to college. She’s gifted, motivated, and wise beyond her years.

Sarah thrived in a neighborhood beset by sexual predators, addiction, and crime. I hope admissions officers will take into account the social and economic hardships she has faced and recognize her potential.

But I hope they won’t separate Sarah into a special group because of her skin color. All students should have a chance to attend the college that best suits their academic potential and level of preparation.

In order for that to happen, college admissions officers will have to put aside racial preferences. Contrary to popular belief, racial preferences are not the best way to help African-American and Hispanic students to achieve. Mounting evidence shows that these policies hurt them and inflict harm on innocent bystanders.

But the lawsuit is about more than just whether Harvard has unfairly discriminated against one group. It pits two conflicting ideas about progress against each other: equal opportunity and equal outcomes.

Advocates of equal opportunity argue that removing obstacles to success (including racism) enables individuals to achieve, while manipulating outcomes dehumanizes individuals and undermines their potential for success.

Proponents of equal outcomes charge that colleges, particularly elite ones, should have racially diverse student bodies to ensure that our future leaders will be diverse. The Supreme Court in the 2003 case Grutter v. Bollinger upheld racial preferences on the grounds that diversity has inherent educational value. The lawsuit against Harvard now hangs as a question mark over the wisdom of this approach.

Research from both liberals and conservatives strongly suggests that race-based preferences in education hurt African-American and Hispanic students more than help them.

Critics of racial preferences point out that if admissions officers add race as a bonus factor to help an individual student whose academic credentials and preparation would not otherwise qualify them for admission, this creates a “mismatch” between the student and the school.

The presidents of Harvard and Princeton who defend racial preferences admit that African-American students haven’t thrived in institutions such as theirs.

“College grades [for beneficiaries of affirmative action] present a … sobering picture,” they wrote. “The grades earned by African-American students at the [elite schools we studied] often reflect their struggles to succeed academically in highly competitive academic settings.”

Other studies have documented the negative effects of racial preferences on African-American and Hispanic students, including lower college graduation rates and increased attrition from the hard sciences.

After California passed Proposition 209 banning the use of race in admissions, African-American students’ enrollment at University of California at Berkeley initially declined, but eventually their graduation rates doubled.

And in the eight states that already have banned race-based racial preferences, African-American college enrollment has remained steady. Supporters of racial preferences reject the “mismatch theory,” but offer little empirical evidence to refute it.

The case against Harvard also reveals the disproportionate burden that Asian-American students are forced to bear so that the university can produce equal outcomes.

The school denies engaging in racial balancing, but numbers tell a different story.

Asian-American students’ applications have risen dramatically at Harvard over the past 20 years, but their enrollment has stayed near 20 percent, giving credence to charges of a “bamboo ceiling.”

For three years in a row, the school has accepted African-American students at exactly the same or higher rate than the general applicant pool. An expert for Students for Fair Admissions calculates that the chances of this happening are less than two-tenths of 1 percent, suggesting that Harvard is also setting a floor on African-American enrollment.

These policies have a human toll. A Princeton study found that to have the same chance at admission at elite schools, an Asian-American’s SAT score must be 140 points, 270 points, and 450 points higher than their white, Hispanic, and African-American counterparts, respectively.

Court filings show that Harvard uses a “personality test” to cap enrollment of Asian-Americans by ranking them lowest on “likability, courage, kindness and other human qualities.”

To avoid paying this toll, Asian-American students try to disguise their race.

But when opponents of racial preferences point to these injustices, supporters of equal outcomes respond that racism is so deep that colleges must pick winners and losers to reorder the social structure.

But what limiting principle is there? When will Harvard be diverse enough? When African-American and Hispanic students are in the majority? When whites are in the minority? And until then, are Asian-Americans just collateral damage?

If equal outcomes are the goal, Harvard can be a little racist or a lot, because the ends justify the means.

This approach demeans individuals. The Supreme Court long has viewed racial classifications with the highest level of scrutiny for a reason. As it said in Hirabayashi v. United States, when addressing the internment of Japanese-Americans, “distinctions between citizens solely because of their ancestry are by their very nature odious to a free people whose institutions are founded upon the doctrine of equality.”

This odiousness stems from a long history of separating people by races in order to mistreat them, from enslaving Africans—on plantations, to excluding Chinese from the country, to keeping both African-American and Asian-American students in “separate but equal” schools.

Racial preferences undermine the great principle of America’s founding—that “all men are created equal.” Individual equality does not guarantee equal outcomes, but it does support equal opportunities.

In the past, when racism in our nation led to chains being placed upon Africans, the principle of individual equality led to those fetters being removed. Justice required that then, and justice now requires removing roadblocks to prevent Asian-American students from reaching their dreams.

We can do more to create equal educational opportunities for children like Sarah who face socio-economic hardships. This would be particularly helpful at the earlier and more foundational stages of education. But it’s not clear that putting roadblocks in front of certain students because of their race actually helps anyone.

When Sarah and her peers go to college, much more will be at stake for them than a school’s ability to show off its diversity. I hope she will end up at a school for which she is well-matched and not only enroll, but graduate with flying colors.

When the judge in Harvard’s case considers whether all American students should have an equal shot at applying for college, the answer should be yes. Each student deserves to be judged not by what they look like, but by who they are.

This article has been republished the permission of The Daily Signal.