Why We Hyperparent, Helicopter, and Heavily Manage Our Children 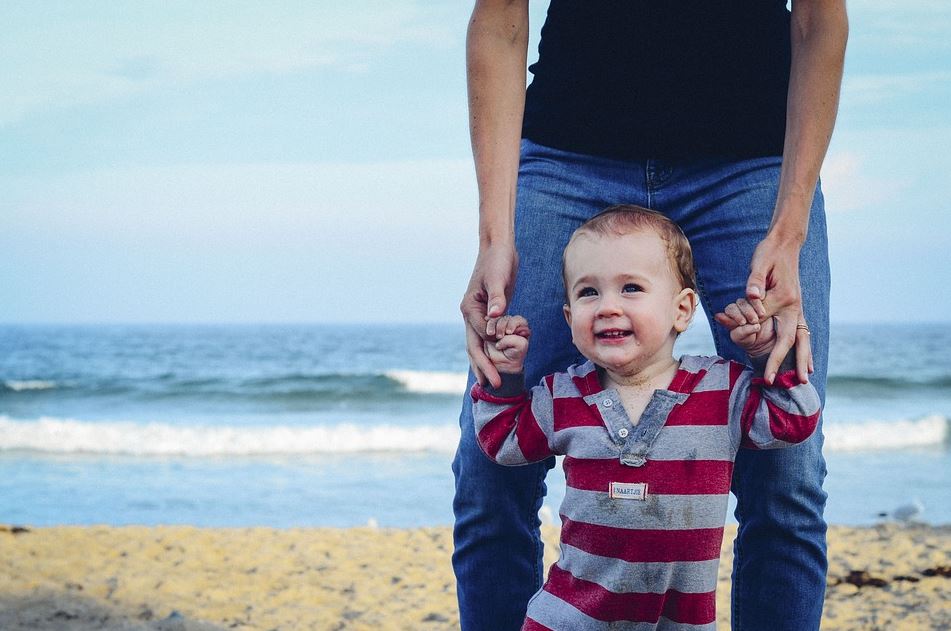 It’s official: American kids are wimps. As the post-Millennial generation starts to leave the nest, growing numbers of professors and employers are noticing something that therapists have been discussing for awhile: this generation is far too fragile.

They’re terrified of failure. They can’t take a joke. They want trigger warnings and safe spaces to protect them from scary ideas. Admittedly, there are upsides to this middle-aged cautiousness: compared to their parents at similar ages, teens today are more leery of recreational drugs and less likely to get pregnant. They do love their prescription medications, however. Antidepressants and prescription stimulants play a big role in high school and college life today.

How did we end up with so many can’t-do young people? One theory (popularized by figures like Leonore Skenazy and Hannah Rosin) is that American kids have been coddled and overprotected into a state of helpless, fearful dependence. Modern parents are bombarded with horrific stories about kidnappings and tragic accidents, creating the (false) impression that the world is far more dangerous than it used to be. It isn’t surprising, then, that so many become “helicopters” or “lawn mowers,” shielding their kids from anything that might be upsetting, scary, or difficult. Coddling is so pervasive today that families that encourage independence may be harassed by law enforcement or Child Protective Services. Skenazy’s “free-range kids” movement has worked to win legal protections for families that allow children to engage in such perilous activities as walking dogs, playing in parks, and riding city buses.

I support free-range kids. I’m not sure Rosin and Skenazy have gotten to the heart of this issue though. Modern parents aren’t just a product of scary news stories and overzealous lawsuits. From our first positive pregnancy test, we are inundated with reminders that we, as progenitors, are expected to be full-fledged life managers to our children from birth through adulthood. The village is gone, and in its absence we have been charged with arranging every aspect of life in such a way as to secure our kids’ well-being. Why wouldn’t we walk them to the bus stop?

The demand for hyper-parenting starts early. I myself was introduced to it by William and Martha Sears, the “attachment parenting” gurus, whose books were all the rage in my first pregnancy. Several people gave or lent me copies, from which I learned that the organic and joyful way to parent was by syncing myself physically and emotionally to my infant with the intensity of a Vulcan mind-meld. I read about reducing my “reaction times” whenever the baby cried or cooed, enabling the two of us to achieve a loving and mutually affirming bond. I read about the dire long-term consequences of unmet emotional needs, which would open antisocial fissures in my child’s psyche, possibly turning him into a sociopath. In fairness, the Searses did periodically mention that my own mental health was important and that I should try to “be a Caribbean mama” (e.g. laid back and unperturbed). But since they obviously believed that this kind of parenting was itself intuitive and richly rewarding, I was left with the impression that maternal stress was mostly a short-term issue, which would resolve on its own once I’d filed away some of the callouses from my selfish, pre-maternal soul.

The Searses were right about one thing. Those hundreds of hours of breastfeeding and baby wearing paid off once my kids reached their school years. I was perfectly conditioned for modern schools, which operate under the assumption that I will be closely involved in all aspects of my kids’ education. On a typical evening, I find myself initialing at least three or four different forms, checking over assignments, and drilling spelling words. Most of these parental contributions are explicitly demanded in the daily newsletters I receive from each child’s teacher. In winter, I must be sure to pack every expected winter item (coat, hat, mittens, boots, snow pants), lest I receive a “reminder card” along with a borrowed item that I am expected to wash and return. In my own childhood, I can remember pulling up a hood or putting my hands in my pockets because I had forgotten my winter things. Nowadays you’re simply not allowed to let your kids be cold.

This past summer, I had an amusing conversation with my mother in which she remarked that she did almost no homework help with her five kids. On reflection, that’s actually true. I assumed my homework was my responsibility; it never occurred to me that my mom would get in trouble if I didn’t do it. My siblings and I were scholastically successful, without constant parental monitoring. Even so, I can’t imagine storming into a parent-teacher conference announcing that I’m done with spelling tests. That’s not how things work today, it seems.

Nutrition is another fun example. More than once, in meetings with educational or health professionals, I have been flummoxed by questions about a child’s daily fiber intake or how many servings of vegetables he consumes daily. I’m sure there’s an app for that; I guess I’d better find it.

I haven’t done the teen years yet, but I’m not naïve. Most teen parents seem to have their smartphones tripped out with elaborate color-coded schedules marking practices, exams, due dates, and appointments. Then there are the massively intensified concerns about unsavory friends, appropriate leisure activities, and looming collegiate and professional plans. Are you monitoring your teenager’s mental health? Have you talked to them about sex and drugs? This isn’t just one conversation, you know.

As one would expect, our age of hyper-parenting has given way to a rise in parenting books. If Sears-esque nurturing isn’t doing it for you, check out Leonard Sax or Amy Chua for a more authoritarian approach. If the ambient culture terrifies you, or school policies are grinding your gears, you can assume total control of your child’s environment by homeschooling. There are a thousand different diets, educational approaches, and parenting styles from which to choose. They all have one thing in common though: it’s basically up to you, the parent, to execute. Your kids’ whole lives are in your hands.

Parents make mistakes sometimes. We interfere when we shouldn’t or hold back when we ought to help. Fundamentally though, the present situation is systemic and far beyond the control of individual parents. Heavily managed childhoods may give rise to overly dependent adults, but we’re going to keep managing because there is no acceptable alternative.

Family and community structures have eroded, even as the demands of adult life have become extraordinarily complex. We currently have no way of addressing this reality that doesn’t involve massive investments of parental time, money, and attention. High-intensive parenting, for all its pitfalls, seems to have much better outcomes than lower-investment alternatives. And realistically, the world has become quite perilous, albeit not in the ways people sometimes imagine. Your child probably won’t be kidnapped, but he might easily fall prey to any number of other problems: mental illness, substance abuse, obesity, unemployment, criminality, and general despair. I’m trying to raise five sons in a world where I’m regularly reading about directionless “NEETs” and angry, dissociated loners who suddenly launch themselves on homicidal killing sprees. Don’t try to tell me that the kids will be all right.

When children correctly perceive that their parents’ lives are radically oriented around their personal well-being, they can become self-centered and fragile, leading to a crisis of “resilience.” That concern is on my radar, but it’s just one of a thousand things. I appreciate constructive data-driven advice, but I get a little tired of parents being blamed for every single social ill, as though there actually were some time-tested way of doing it right. Must we compare concerned parents to large buzzing objects? Rest assured: a parent who fails to get involved when needed will be excoriated for insensitivity and neglect. There is no way to guarantee that you will never be “that parent,” which is presumably one reason why growing numbers are deciding to skip the whole thing altogether.

Parenthood can certainly be joyful, and modern parents do benefit from the close bonds we forge with our children. Even so, the reality is that today’s kids are radically dependent on us to equip them for adult life. It’s not their choice or even ours. It’s American life as we know it. If we want childhood to be less “managed,” or young adults more intrepid, the conversation needs to go beyond parenting. Even if we can’t regrow the village, it takes more than a parent to raise a resilient child.

Rachel Lu is a senior contributor at The Federalist and a Robert Novak Fellow. This article has been republished with permission from The American Conservative.