Why It Matters That Bert and Ernie Are Friends, Not Lovers 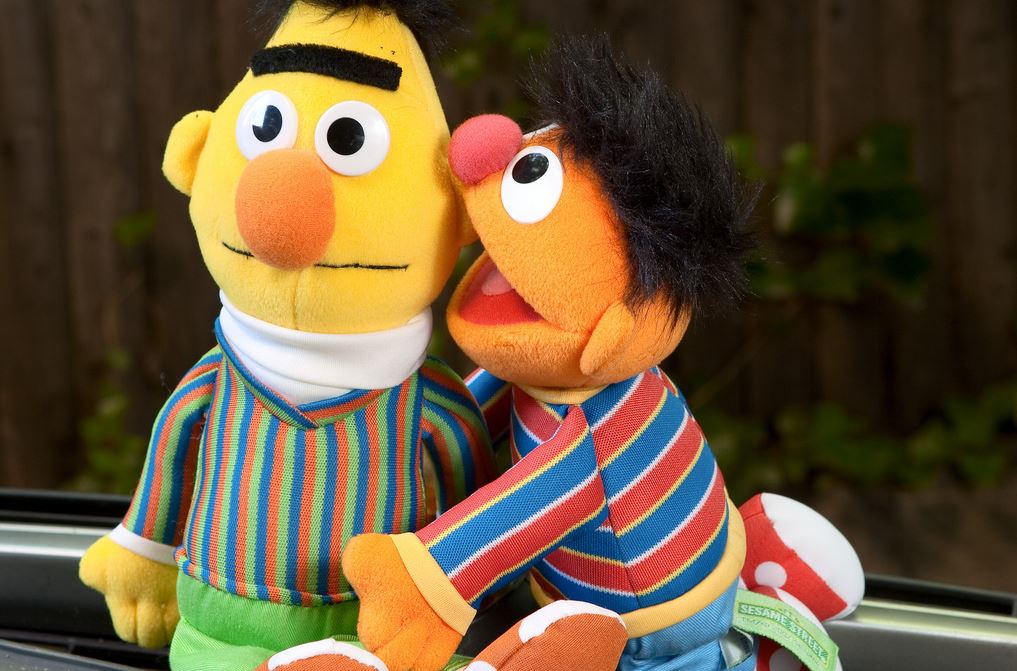 At this point, you’ve likely heard the controversy over whether or not the beloved Sesame Street characters Bert and Ernie are a homosexual couple. Writer Mark Saltzman told Queerty magazine that he had always thought of Bert and Ernie as a gay couple, and modeled their relationship after his relationship with partner Arnold Glassman.

Considering that Salzman joined the writing team after Bert and Ernie had been established as characters on Sesame Street, the controversy brings up issues of anachronism and questions over who gets to determine what is and is not true of fictional characters—their creator, a scriptwriter, or their fans?

But perhaps even more, could this highlight a deep and growing problem within our culture? Salzman stated that he thought of Bert and Ernie as gay because he didn’t have any other way to contextualize them. What happens when children grow up without having categories for friendship, without that friendship being sexualized?

In Sesame Street Workshop’s revised statement, they explained that Bert and Ernie are characters that exist to demonstrate to kids that close friendships can exist between people who are different from each other.

Each of them certainly has their quirks. Ernie, for instance, is a prankster, while Bert reads boring books and collects paperclips and bottle caps:

But even with these quirks, they help each other, coming up with creative solutions for one another’s problems and enduring loss together:

This is especially true of male friendships, and the decline in male friendships starts at an early age. New York University psychology professor, Dr. Niobe Way, has spent over twenty years documenting the decline in friendship among adolescent boys. Speaking to the New York Times she observed, “As the boys grew older, the intensity of those relationships faded. Boys feared being seen as ‘too girly’ or even gay for expressing attachments to one another, even just for feeling them.” Whether we intend them to or not, boys have been receiving the message for years that friendship is either effeminate or sexual.

Since ancient times, friendship has been understood as a means by which two or more people seek to better themselves. Aristotle viewed friendship as essential to society and necessary as a means of pursuing virtue. For him, friendship was not something that a person outgrew as they reached adulthood. Rather, it was necessary to every part of life. According to Aristotle:

“The young need friends to keep them from error. The old need friends to care for them and support actions that fail because of weakness. And those in their prime need friends to do fine actions; for ‘when two go together’ they are more capable of understanding and acting.”

Friendship is a necessary and valuable part of life at every age, and close, enduring friendship helps us to become better versions of ourselves. Perhaps Bert and Ernie, in their funny, lovable way, have been pointing us to this fact all along.