Does the Senate Think Americans Are Stupid? The Kavanaugh Hearings Suggest the Answer is Yes. 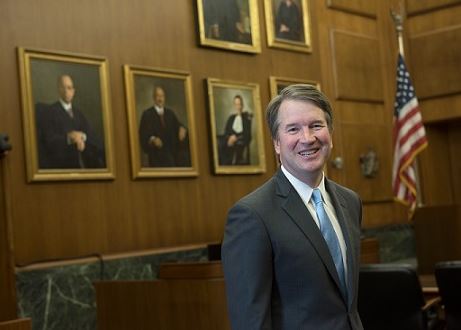 There’s a problem with the latest of Judge Brett Kavanaugh’s alleged sexual assaults during his high school years.

Julie Swetnik claims that Kavanaugh and other young men attended parties in high school where they filled the punch bowl with drugs or alcohol, and then lined up to rape girls who had become too intoxicated to resist them.

There is, however, a stumbling block.

According to the New York Times, Swetnik graduated from Gaithersburg High School in Montgomery Country, Maryland in 1980. She then attended the University of Maryland.

Kavanaugh graduated from Georgetown Prep in 1983. He was a high school sophomore while she was in college.

Swetnik and Kavanaugh also ran in different social circles. Swetnik was a public school student, Kavanaugh attended an exclusive private school. A Boston man who knew the Swetniks well says Julie Swetnik could not have known Kavanaugh. The man’s sister apparently said, “Can you imagine a more delusional whack job” than Swetnik coming against Kavanaugh?

Swetnik goes on to say that she saw Kavanaugh and others gang raping girls in 1981. She would have been 19, Kavanaugh 15 or 16. She then claims that she was gang raped by these same boys in 1982.

Why was a college student at a party with fifteen and sixteen-year-olds? How did she know someone there? If so, who was it?

Why did Swetnik, then legally an adult, not report this gang rape of young women?

Why did she on a later occasion drink the spiked punch, knowing full well what had happened previously to the other girls?

Why did she not, as an adult, report her alleged rape?

Where were the real grown-ups during all these parties?

And finally, these gang rapes supposedly occurred in high school. Were the people at these parties—the boys lined up in the hall, the girl in the bedroom, the other girls present—all subject to the Mafia code of omerta, silence about their crimes? Sorry. I taught high school students for twenty years, and that one doesn’t work. They’d leave that party and tell their parents or their teachers or their friends what had happened.

All of Swetnik’s accusations sound inauthentic and concocted. So do those charges by the other two “victims,” both of whom had been drinking, one by her own confession heavily, both of whom had to undergo extensive counseling to “remember” that it was Kavanaugh who assaulted them.

Was Brett Kavanaugh a party animal when he was young? I have no idea.

Did he commit the deeds of which he is now accused? I don’t know. Nor can anyone else, given we only have accusations. In our legal system, there’s a little thing called evidence. So far, no evidence has been forthcoming.

Why step forward now to make accusations about rape and sexual assault?

I refuse to answer on grounds that I would look redundant here regarding political motives. Let me add one note: To my granddaughters—and my grandsons—I will say that if someone sexually molests you and you fail to report it to your parents or the police, you are an idiot.

Are some Democrat senators hoping to smear Kavanaugh so that he withdraws or loses the nomination so that the Democrats can then win the Senate and block the nominations of other Supreme Court justices?

Is there a political agenda here?

Did Dianne Feinstein, who had some of this information in hand since July, wait until after the hearings had ended to reveal this information about Christine Ford, Kavanaugh’s first accuser?

Why did she wait?

Simple. She wanted to bog down the confirmation process.

Do the people making these charges—the women, the lawyers, the senators—care about this man’s reputation and the safety of his family?

Not at all. The fact is, these accusations seem to show once again how ridiculously political this process has become. They also show that some of our leaders believe Americans are ignorant and stupid enough to condemn someone without proof of a crime.

The next few days will tell us whether Kavanaugh’s accusers are correct in that assessment.