Can Shakespeare Save Civilization? 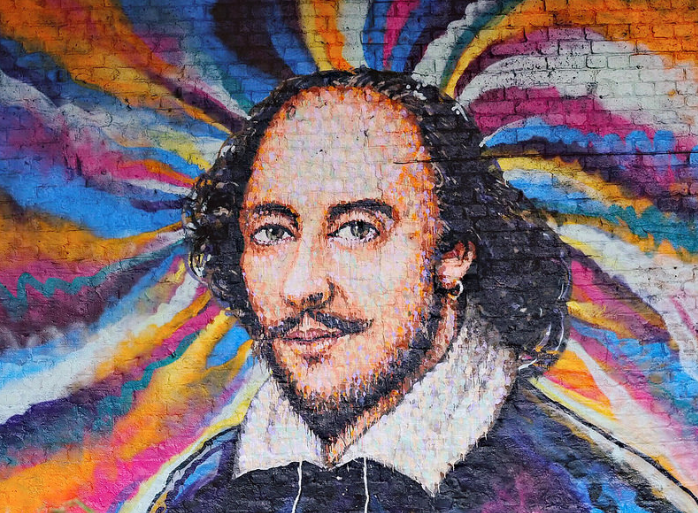 Perhaps an apology might be necessary for the sheer audacity of beginning any essay with such a question and with such a seemingly absurd claim. Of course, Shakespeare cannot save civilization, at least not on his own. Perhaps we should rephrase things a little, asking a slightly different question: Can Civilization be Saved without Shakespeare? To address this question, we can argue that no restoration or resurrection of civilization will be possible in the absence of Shakespeare’s presence and, indeed, that the absence of his presence would itself be a sign that civilization had collapsed. This is why those who seek the destruction of civilization advocate the removal of Shakespeare and other cultural giants from school and college curricula. This is why they distort and pervert the meaning of his plays through the imposition of critical theories that violate the goodness, truth and beauty of his words. Since this is so, those who seek the conservation, restoration and resurrection of civilization must seek to propagate Shakespeare’s presence as widely as possible within the culture. We should battle to keep and increase his presence on school and college curricula, and seek to restore his presence where it has been eliminated, marginalized or diminished.

There is, however, another way that Shakespeare’s presence can be cultivated and propagated within the culture and that’s through the launching of local Shakespeare initiatives, such as Shakespeare Festivals, or the performance of his plays in community theatres, or the forming of book clubs dedicated to the reading of his works. In my own area, the upstate of South Carolina, we are blessed to have Shakespeare’s plays performed at Bob Jones University in a manner befitting the Bard’s approach to timeless moral issues. I wrote earlier for The Imaginative Conservative of the edifying experience that Fr. Dwight Longenecker and I had at a performance of The Merchant of Venice at BJU, distinguishing it from the way that the play is often performed in our degraded culture. “Usually I avoid watching (post)modern productions of Shakespeare,” I wrote in that essay, “in the knowledge that I am likely to be offended by the Bard-abuse perpetrated by producers and directors intent on making the plays ‘relevant’ to the politically-correct zeitgeist.” I added that this was particularly true of The Merchant of Venice:

Many contemporary productions of the play turn all of the Christian characters into fascists and villains and Shylock into the victim and the hero. I once saw a performance in England in which all the Christian characters were characterized as skinheads who punctuated their vituperatively delivered and spleen-venting lines with acts of violence against the innocent and hapless Shylock. Such abuse of Shakespeare’s purpose inverts and perverts the play, turning a comedy, whose happy ending celebrates the self-sacrificial imperative of true love and the timeless lessons it teaches, into a tragedy in which the sub-plot (a condemnation of the spirit of merciless vengeance) subverts and subjugates the entire dynamic of the play.

The Flint Hills Shakespeare Festival, tucked away in rural Kansas, has grown exponentially since it was launched several years ago. This was my second visit. At last year’s Festival, I gave a talk from the main stage on Shakespeare’s Catholicism and, on the following day, I gave a brief twenty-minute presentation on The Winter’s Tale as a curtain-raiser for the performance of the play. This year, as a longer and more ambitious curtain-raiser to The Merchant of Venice, I gave a dramatic presentation of the deeper meanings of the play with the assistance of Kevin O’Brien and four other actors from the Theatre of the Word Incorporated. It is not, however, my own small part in this two-week Festival on which I wish to focus but on the sheer cultural power and presence of the Festival itself.

The Flint Hills Shakespeare Festival is much more than another “Shakespeare in the Park”. It is part of a medieval/Renaissance extravaganza. The stage for the performance of the play incorporates an elaborate and large set, hand-built by members of the community in the weeks before the event. These sets are around forty-feet high and very convoluted in design. As one watches the play, the sunlight on the backdrop of trees which frames the set changes from dappled and dazzling splendor to the warmest of glows as the setting sun turns the tops of the trees into arboreal torches. At some point, as the light fades, the cicadas form an informal chorus, connecting primal Creation with Shakespeare’s sub-creation on the stage.

The show being over, the Festival-goer can then enjoy an extensive medieval village, constructed by hand by the community and sprawling through the woods. There are food booths of all sorts, offering everything from English-style meat pies (my favourite!) to turkey legs, to cotton candy and cakes. There are great activities for children (of all ages!), such as ax-throwing, lance-throwing, archery, and darts. At either end of the village, appropriately enough, are pubs, the “Village Vintner”, not far from the stage area, and The George, an outdoor pub offering local craft ales, beside which is a large bonfire, around which the revelers gather, and a stage from which folk music, played on traditional and period instruments, blazes forth as warm and welcoming as the fire itself. This year, there was also a performance of English folk songs by the local high school choir, directed by an English priest. In such a gathering, I couldn’t help but feel that I had been transported back to Merrie England or to Tolkien’s Shire.

What is very special about this particular Festival, beyond the many aspects of it which I’ve already described, is the way in which it brings the whole community together. An event on this scale is only possible because a large part of the community is involved. Each has a part to play. There are those involved directly in the production of the play but also those responsible for the various food booths, craft booths and games. In this wonderful community, Shakespeare not only edifies, he solidifies.

The reader will have gathered that I’ve returned from this weekend’s festivities greatly enthused and encouraged by what I’ve experienced. It’s as though, upon traveling to the Festival, I had passed through a window or a wardrobe into an older, healthier and more civilized world.

Can Shakespeare save civilization? We better believe it! Or, at the very least, we better believe that he has a major role to play. With the future founding of several dozen more festivals around the country akin to the Flint Hills Shakespeare Festival, encapsulating his noble spirit and the noble spirit of localism, he will have played no small part in its recovery and restoration.

This article has been republished with permission from the American Conservative.