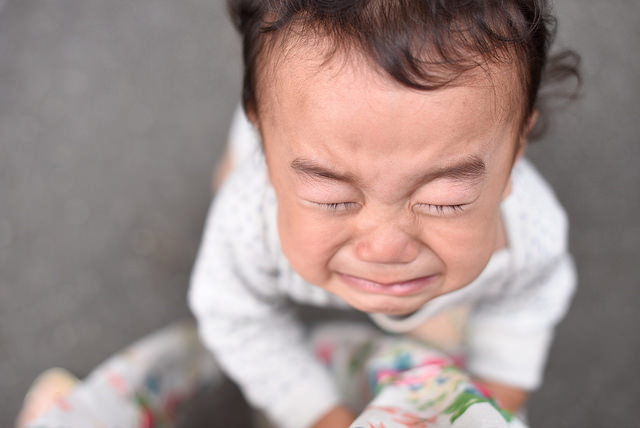 Do you struggle with loud noises? Startle easily? Get immediately overwhelmed by certain environments or find it incredibly difficult to switch off? Chances are you have a High Sensitivity Personality (HSP), or, in scientific terms, you may have Sensory Processing Sensitivity (SPS).

And if you’re an HSP parent, you probably jump out of your skin each time your toddler drops his toy truck on the wooden floorboards, no matter how many times he’s done it before, or if your heart starts instantly racing when your toddler throws herself down in a screaming tantrum.

According to Elaine Aron, author of The Highly Sensitive Person, this condition affects about 15–20 percent of the population, making it “too common to be a disorder and not common enough to be well understood.” One common misunderstanding sees it as synonymous with hypersensitivity or neurosis.

The difference is that a person with HSP is more acutely aware and affected by sense stimuli: smells, textures, noises, tastes and visuals. They are also more aware of, and affected by the moods of people around them, which means they are more susceptible to the emotional climate they’re in. But this is not the same as being emotionally fragile or easily offended, as a hypersensitive person is.

The HSP person expends a lot of invisible energy just trying to remain calm whilst being over-stimulated – and therefore overwhelmed – by sensory data.

Now, that’s challenge enough when you don’t have small children. And when you do, life can get interesting pretty quickly. Toddlers are famous for explosive tantrums, insurmountable and ubiquitous mess, repetitive speech, clinginess, and impressively reeking nappies.

The glories of toddlerhood are not one for the fainthearted, and especially not for the highly sensitive person. In dystopic “Gilead”, people with HSP would probably be forbidden from becoming parents because they are so naturally unsuited for the task.

Happily, we are still allowed to, for now. And although it’s a hard gig, when able to pace their days and get sufficient rest, HSP parents are great listeners and are usually better than their non-HSP counterparts at entering into their child’s vivid imaginary world, as well as being more in tune with their emotions.

That makes it especially vital that HSP parents periodically step away from the chaos, to find some solitude and quietude to recalibrate in. Otherwise, they quickly become dysfunctional and burn out.

You’ll know the moment you need to do this because, just when you thought you were riding the madness pretty well, as soon as your two-year old starts swinging off your jacket you suddenly click into panic mode and snap at her. Such reactions cause the HSP parent massive guilt if they don’t recognize this trait in themselves.

Whimpy sounding hocus-pocus though it may seem, this scientific recognition should be music to the HSP person’s ears; it can even be genetically proven. But because it is not widely recognized, many HSP parents still defer to majority parenting norms — to the detriment of their sense of competency.

Affirmation, however, is available online, with great ideas for coping mechanisms as in this article and this one. Huffington Post too has addressed the specific challenges of being an HSP parents.

If you are starting to suspect you fit the HSP profile, and are bemoaning the fact that you’re a “high maintenance person,” there are some other great strengths you may have.

HSPs are very perceptive, often have a deep appreciation for fine arts and culture, enjoy a rich interior life, have a natural ability to empathize, exude calmness (when not harassed by tantrums) and are naturally considerate of those around them.

Sadly, because these talents are subtler than the ability to plough through housework amidst clingy toddlers or sustain an adult conversation over squabbling children, they often go unrecognized even by themselves. Yet if they do not get relief from constant over-stimulation, their wellbeing crumbles.

Of course, everybody needs time out it a day. But, owing to the genetic makeup of an HSP parent, their need is arguably greater. As Aron notes:

“If you are going to notice every little thing in a situation, and if the situation is complicated (many things to remember), intense (noisy, cluttered, etc.), or goes on too long (a two-hour commute), it seems obvious that you will also have to wear out sooner from having to process so much. Others, not noticing much or any of what you have, will not tire as quickly.”

The productivity of an HSP parent (if that is the highest goal) will benefit, not suffer from more rest. And when recharged, everybody has something beautiful to gain – a compassionate, peace giving, mother, father, friend.

This article has been republished from Mercatornet under a Creative Commons license.