When Will Men in Hats Come Back? 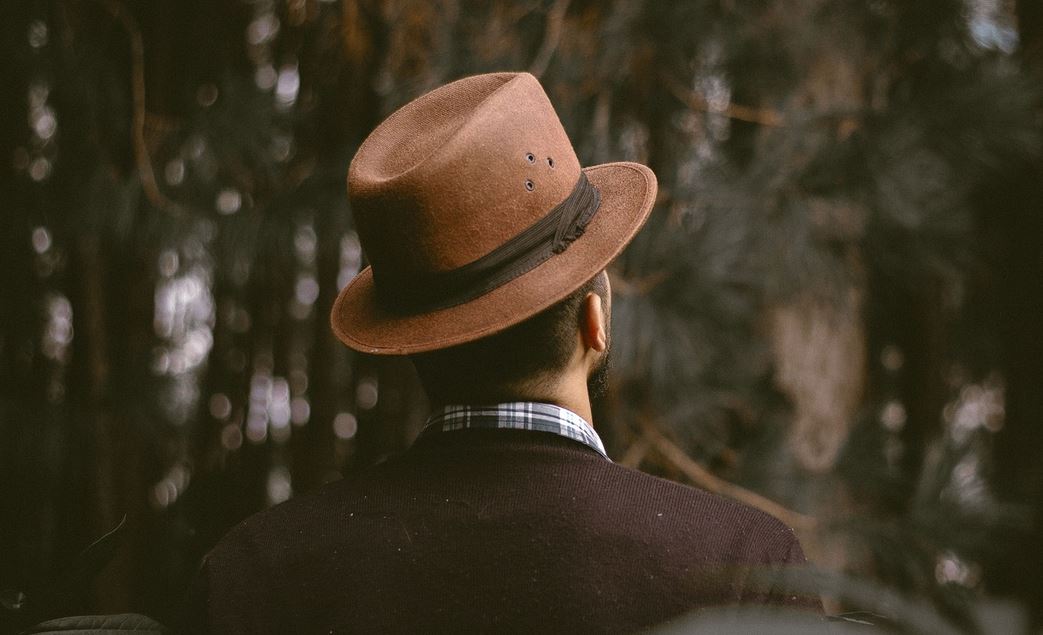 Whatever happened to the hat? Whither the fedora? Where have they stashed the Stetsons? Who has banished the boater and trashed the tweed cap? Why is a “Deerstalker” considered a Vietnam movie and a “Panama” no more than a canal?

Who can resist the gritty allure of the gumshoe Bogart tugging at the brim of his hat, or John Wayne glowering from beneath a splendid Stetson? Sherlock Holmes’ brain cannot work without the protection of his deerstalker nor can Gandalf be a whizz without his wizard’s hat. Could there be a Davy Crockett without his coonskin, a Cyrano without his chapeau, a Don Quixote without his saucepan helmet or an Indiana Jones without his hat? Indeed, is a hero a hero at all without a hat?

Alas, the gentleman’s hat has gone the way of the waistcoat and the watch chain as an affectation from an archaic age. The hat—once a necessity is now an absurdity, and why? Because hats are no longer needed. A cowboy hat was a practical protection from the harsh weather. Its broad brim gave shade in the Southwestern heat. Its high crown provided ventilation to the sweaty brow and its sturdy felt—fashioned from animal fur—resisted the rain and kept the head warm in winter. Such a hat was an item of protection and pride. It was a splendid crown, but it was necessary because the cowpoke worked and lived outdoors.

I have tried to wear a hat, but it is more of a nuisance than a necessity. My splendid saturno crafted from the pelt of a Norwegian beaver and sent all the way from an ecclesiastical outfitters in Rome is more of a showpiece than headgear. Shall I wear it as I walk indoors from my study to my garage to get in my car? If it not knocked off as I duck into the car, once seated, the brim hits against the headrest. After arrival shall I wear my sleek saturno for the thirty second walk from car to office? I think not. We live in a climate controlled age, in cars and indoors, and I do not need a hat to keep my head warm in winter or to shade me from the summer heat. I can brave the few seconds from car to home and home to car.

In addition to its practicality, a hat indicated one’s profession and status: the scholar with his mortarboard, the priest with his biretta, the banker with his derby, the barrister with his wig. The miner, the soldier, the policeman and the fireman all wore their distinctive helmets with pride. Each unit of the armed forces had its uniform cap, each police force it’s trooper’s hat and badge. Each man wore headgear that marked him out and kept his place.

Most of that has gone, for democracy is the other disease to affect the hat. I do not mean a political system, but the bland egalitarianism that forces every man to dress like Everyman. We deny that we are bolsheviks, but we all dress like the proletariat now. Compared to our grandfathers we are fabulously wealthy. We could afford to clothe ourselves in the silks and satins of the court of Versailles, but we dress like the peasants in blue jeans, sneakers and grubby sweatshirts. We have the means to dress in brocade britches and broad brimmed hats with plumes. We could wear lace collars and leather boots. We could swash our buckles and buckle our sashes, but we pull on a rumpled pair of khakis and an old T-shirt; and on our head? The ultimate egalitarian headgear: the baseball cap. Worn backwards.

Should he wear some other hat, a man is deemed to be undemocratic. Should he appear in an improbable hat he declares himself to be better than everyone else. He is thought to be a dandy—a latter-day Beau Brummell. The man in the fedora is striking a role, playing a part, assuming an air and showing off. A man in a hat is not a hero but a poseur—an aesthete, a Wildean figure who would not survive in the wild. Wear a straw hat in summer and you must complete the costume with a seersucker suit, a ribbon tie and an ivory topped cane. Wear a fedora in winter and you will be expected to squint through your cigarette smoke and snarl, “Here’s lookin’ at you kid.”

When will men in hats come back? When men come back. When we push back from our desks and laptops, turn off the television and go back outdoors where we belong we will start to need hats again. When I am heaving bricks in the heat of El Salvador on a mission trip I need a hat. When I am trekking with kids to the top of Mayan ruins I need my broad brimmed hat to shield me from the sun. When I am hunting and fishing and working on the farm I want my head protected. When I am out on the street meeting the people I am supposed to care for I will want a hat, and should I ever go into battle I will insist on a very large hat…

….so the enemy has something to aim for.

This article has been republished with permission from Imaginative Conservative.