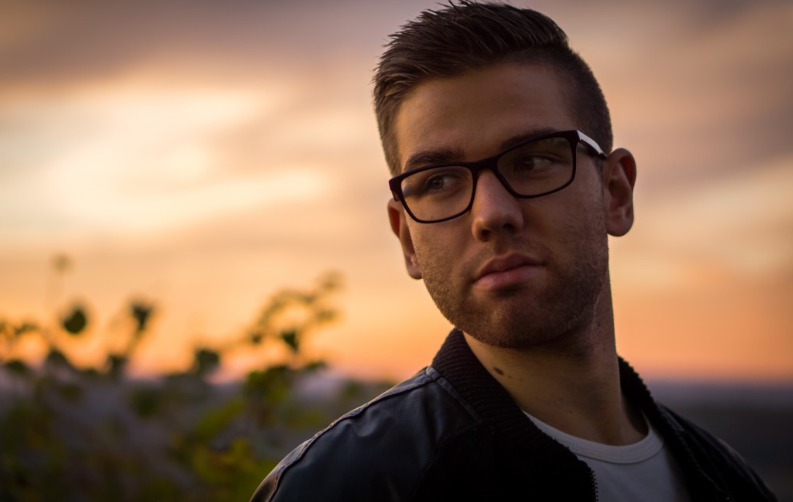 In his famous poem “The Love Song of J. Alfred Prufrock,” T.S. Eliot proved prophetic, predicting the new kind of man and the new kind of courtship that would dominate the modern world. If people want to understand the insecurities, the indecision, and the wince-inducing incompetence of single men today, they will find it all beautifully articulated in Prufrock’s ramblings.

The protagonist and speaker of the poem, J. Alfred Prufrock, seems to be addressing his beloved, at least in his thoughts. He asks her to join him for a walk through the polluted streets of the city before expressing his concerns about his thinning hair and scrawny physique, his desire to play one of the supporting roles in Hamlet, his judgments of other people, and his unfulfilled desire to hear the mermaids sing. He ties all these musings together by repeatedly mentioning his crippling shyness.

This should sound familiar. Many single men today exhibit these same problems and experience the same failures as Prufrock. Not only do they waver on the question of marriage and children, but they seem disinclined to date. They may have thoughts about love, as does Prufrock, but this never materializes into anything.

Taken as a general issue, writers have suggested practical remedies for this. The typical advocate of masculinity tells Prufrock to start lifting and develop some swagger. Others enumerate the benefits of marriage and children. Such arguments are helpful, but usually they treat the symptoms rather than the cause. Philosophers and psychologists have recommended these things for a long time now. It takes a poet to go deeper.

Although something of a caricature, Prufrock suffers from very common failings that people should learn from, not identify with. These failings stem from three main problems: narcissism, vagueness, and age. Even more than a century ago, these qualities are paralyzing men today and must be addressed directly before handling the more superficial matters of workout routines and pickup artistry.

To begin, it must be recognized that Prufrock’s failures start with his narcissism. He might not obsessively gaze at his reflection in admiration and awe like the original narcissist, but he does obsessively gaze at his reflection and, in a modernist twist, does so with loathing and pity. Instead of praising his beloved’s beauty and comparing her to a flower or summer’s day, he bemoans his “slightly bald” scalp and compares himself to a “pair of ragged claws scuttling across the floors of silent seas.” This is supposed to be his “love song,” but nearly all of his words apply to himself rather than his beloved. His stanzas are saturated with I’s rather than the usual thou’s one expects to see in love poetry.

How should an actual woman respond to this? Like the reader, she may sympathize with poor Prufrock, but she will inevitably grow sick of him. If she is one of the pretentious women that “come and go talking about Michelangelo,” she may join the other women to escape this man’s awkwardness. Or else, if he only thinks these things to himself and politely keeps them unmentioned, which he probably would, she may friend-zone him to enjoy “teas and cakes and ices.” This latter approach seems likely, as most young women tend to do this with weak men who whine about their shortcomings.

In order to avoid such a predictable outcome, Prufrock and his imitators need to come out of themselves. They do not lack wit or insight—many of them have these qualities in abundance, which is why women love friend-zoning them. They lack empathy and regard for others. Prufrock does not seem to care who his audience is; he seems to talk to himself most of the time. He probably composes his love song while the woman he is addressing talks to him and ignores all that she says as he ponders the possibility of making an advance a matter of cosmic concern: “Do I dare disturb the universe?”

This myopia and extreme self-consciousness suggests that Prufrock needs a male friend more than a lover. Like many men today, he evidently does not have any outlet for his thoughts nor another man who could give him a reality check. He dwells in his mind as men today dwell online. He never has to listen, and this diminishes his curiosity and concern for others. Only a man bereft of friends would approach a woman he desires with a confession rather than a proposal. Even if he manages to hide his egotism, which most men can do at least on a first date, it will certainly manifest itself in time.

What follows is a form of communication that is vague as it is long. Because Prufrock has little experience talking to others, he neglects his audience. His song meanders and obscures like the yellow fog that “rubs its back against the window panes.” It is a far cry from the Shakespearean sonnet that exemplifies clarity and concision. Again, how should an actual woman respond to this? It is doubtful that she would even understand, let alone listen long enough to make it to the end. And the reward for her patience would be that he has not decided anything.

Like the majority of young writers in college and high school, Prufrock and his kind cannot craft arguments. They can make observations, crack jokes, ask questions, but they cannot state theses and support them, especially if those theses involve finding certain women attractive and wanting to know them better. They instead eschew this task, and all kinds of relational labels that would necessitate clear arguments, and babble aimlessly like Prufrock. They talk about “having fun” and “living life” and “being happy,” but women will always have to wonder about their intentions.

Leaving things up in the air has the unfortunate effect of turning single men into predators who exploit a woman’s confusion, or hapless chumps who continue waiting for a woman to understand what he wants. This is why one cannot tell whether Prufrock means harm or not; he never says. He only cries out, “It is impossible to say just what I mean!” Certainly, other men who do not necessarily want to hook up nor find themselves in the friend zone struggle to express their desire in a healthy nonthreatening way. Consequently, they talk about nothing and resent the girl who finds them boring and somewhat creepy.

Because no one can inform Prufrock of his faults since he thinks he knows them already, he inevitably becomes a lonely old man, echoing the refrain of other lonely old men who never find a soul mate, “I grow old… I grow old…” While age and experience tend to favor a man with attractive virtues—a better job, more money, maturity, intelligence—they tragically take away the two things necessary for romance: decisiveness and vigor.

Nowhere does Prufrock sound more modern than in his continual insistence that “there will be time.” This is what all single men and women tell themselves so they can stretch out their adolescence yet another year, or another decade. This eventually causes their initial indecision to deepen into a permanent indecisiveness—“a hundred indecisions.”

And even if a man resolves to finally change and settle down, he will lack the energy and resolve to do it: “in short, I was afraid.” Life—and probably a fair number of casual flings coupled with a steady consumption of pornography—will make an older man more or less impotent. This does not mean he cannot perform in bed (though this may also be true); it means he lacks the energy to perform all the actions necessary for a committed and loving relationship. Thus, for the older man and woman, marriage all too often resembles a conclusive merger of two souls too old for children rather than an exciting startup with the potential for new life and new experiences.

All this leaves Prufrock and the generations of men who follow his example psychologically and spiritually adrift with only themselves for company. While so many of them languish, along with the many single women hoping to find a decent husband, society relentlessly pushes a toxic narrative of selfish relationships and hedonism. Not surprisingly, Millennials now prefer to cohabitate and forego families, refusing to acknowledge the vast stretch of lonely years that awaits them. The phone-addicted insular iGens are poised to do the same.

Eliot’s poem shows that these people do not need more pleasurable escapes or more time, but loving friends and an introduction to reality. They need to listen to human voices instead of the illusive mermaids out in the ocean. And they need to do this before the shock becomes too great and they drown like Prufrock.