Liberation Theology: How Competing Claims of Being on God’s Side Are Testing Our Social Order 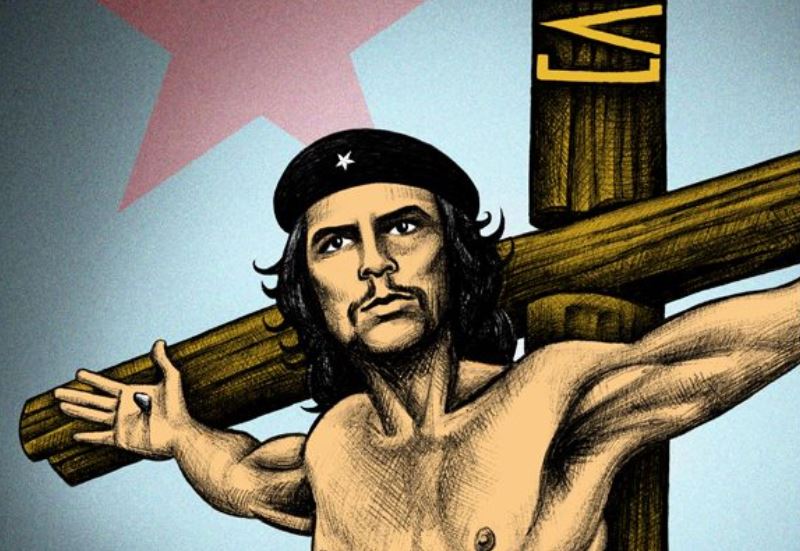 Religion is a vital source for change, but it does not yield easily to what the political philosopher John Rawls in 1997 called the ‘public reason’ that enables liberal democracies. In the late 1960s, for example, a new group of radicals, known as liberation theologians, challenged the accommodation of religion to an unjust society. The Peruvian philosopher and priest Gustavo Gutiérrez, the American feminist scholar Rosemary Radford Ruether (both Catholics) and the Protestant African-American theologian James Cone, among others, helped to launch a contest over the meaning of social justice that we can still see today.

In the 1960s, African Americans, women and the poor pressed for inclusion in the liberal promise of equality and freedom. Latin American revolutionaries questioned US domination in the Western hemisphere. The ‘pie-in-the-sky’ reward offered by much religion no longer satisfied many of the marginalised and radicalised. Across the hemisphere, religion was to play a prominent role in challenging the status quo.

Struggling to bridge the gulf between divine justice and so­cial justice, liberation theologians moved to address the reality of human suffering and confronted their own discipline. Cone charged that, rather than universal language about God, theology was ‘interested language’, and his fellow theologian, the Uruguayan priest Juan Luis Segundo, echoed his sentiment that ‘every theology is political’. In A Theology of Liberation (1971), Gutiérrez proposed that the true task of theology was not to declare pristine abstract truth, rather ‘only by doing this truth will our faith be “verified”’. Doing truth meant joining the oppressed in their historical struggle for freedom. In Liberation Theology (1972), Frederick Herzog, a white Protestant liberationist, castigating his liberal US peers, argued that the entire theological enterprise regarded the religious experience as ‘untroubled leisure in peaceful solitude’ available only to the privileged. The white middle-class search for self-actualisation produced an American religion impotent in addressing the social crisis at hand. Built on hierarchal assumptions, a rarefied theology had abandoned Jesus’ call to justice. What was needed was to ‘de-honkify Christ’. From this critical stance, liberation theologians offered a timely theology that approached the Bible from the perspective of the powerless.

Latin American churches were witnessing what the Argentine theologian José Míguez Bonino called the revolutionary challenge of those who boldly proclaimed: ‘Jesus Christ is Che Guevara.’ In a world where ‘poverty means death’, Gutiérrez in 2012 redefined salvation away from a future heaven to an ‘integral liberation’ in this world, encompassing the bodily, social, economic and political realms of life. As religious radicals, they challenged the view of God as above human history, along with the notion of a universal humanity that ignored the particularity of oppression. God’s historicity in the warp and woof of revolutionary struggle assured a divine ‘preferential option for the poor’ into increasing freedom.

In the US, Cone saw American theology as an edifice to white supremacy serving an idol of a white God, the ultimate prop for oppression. The demands of the Black Power movement were not the antithesis to Christianity but ‘God’s central message to 20th-century America’. The situation required a full recognition that God was ‘partial’ to black people. Otherwise, as Cone writes in A Black Theology of Liberation (1970): ‘If God is not for us, if God is not against white racists, then God is a murderer and we had better kill God.’ Black religion, Cone asserted, began not with an abstraction but with the acknowledgment that ‘God is Black’ and present in the experience of black people, from the slave auction block to the urban ghetto.

Feminists joined liberationist currents by asserting that a patriarchal God who excluded the experience of women was inadequate for their freedom. In Beyond God the Father (1973), the American feminist and theologian Mary Daly argued that the assumption of God’s maleness provided justification for patriarchy: ‘If God in “his” heaven is a father ruling “his” people, then it is in the “nature” of things and according to divine plan and the order of the universe that society be male-dominated.’ Identifying a divine movement among New Left radicals, Ruether in Sexism and God Talk (1983) sought to redefine God and break all forms of hierarchical domination that used the Bible to sanction sexism. Feminists found a remedy against patriarchal religion in the image of the ‘Great Mother’ and the pursuit of an ‘ethic of love’ for the creation of an androgynous ‘new humanity’.

At its most persuasive, liberation theologians confronted the truce between theology and politics that had quieted the vitalism of religion. The post-Second World War period had seen the ideals and language of social justice recede. A consensus had taken hold that regarded the US way of life and its imperial reach as an unmitigated good. Liberationists recast the public sphere as a place of divine action and they reimagined a tradition of social justice of a socially conscious Christianity that went beyond concern for individual spiritual salvation.

In the later decades of the 20th century, liberationist radical intervention reverberated not only among liberals but also among conservatives pressed by unrelenting social change. The religious Right forwarded its own vision for society in such issues as school prayer and campaigns for the traditional family. The religious Left, concerned with racial and economic inequality, continued to press for social justice. Today, the pervasive language of social justice and the election of Pope Francis have renewed interest in liberation theology.

Divisions among religious people cast doubt on the possibility of sequestering religion from politics and of achieving a sanitised public reason. Both progressives and conservatives are firmly engaged in activism as part of their religious vision for society – a fruit of the liberationist challenge. Today social justice can mean divergent religious positions, such as rescuing the unborn or the poor people’s campaign. Competing claims of being on God’s side are testing the limits of a liberal social order straining to accommodate militant believers.

Funders to Aeon Magazine are not involved in editorial decision-making, including commissioning or content-approval.