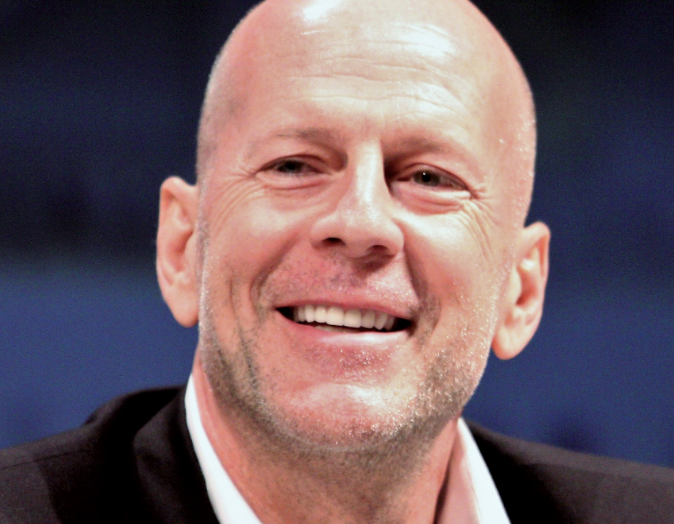 In my first installment about the film Pulp Fiction, I used Jordan Peterson’s theory of order, chaos, and personal responsibility to interpret the actions of Jules (Samuel L. Jackson) and Vincent (John Travolta). In this second installment, I want to focus on one of the film’s most important characters: Butch (Bruce Willis).

For those unfamiliar with the plot, Butch Coolidge’s chapter of the film, entitled “The Gold Watch,” begins with a flashback to his childhood. In the flashback, Butch’s mother calls her eight-year-old son away from the TV to talk to a uniformed Air Force captain (Christopher Walken). Captain Koons explains to young Butch that he had been with Butch’s father in a Vietnamese POW camp, where they became best friends. Butch’s father concealed the family’s heirloom gold watch from the Vietnamese by hiding it in his anus until he died, at which point Captain Koons took over that duty, using the same hiding place on his own body.

Butch himself does not become a soldier, but a boxer.  We never see him box, but we hear over the radio that he killed his opponent in the ring. There’s only one problem: he was supposed to throw that fight and was paid handsomely to do so by local crime boss Marsellus Wallace (Ving Rhames). Instead, Butch took the entire bribe and bet it on himself to win, planning to skip town with his French girlfriend Fabienne and spend the rest of his life on some tropical beach.

When Butch gets back to the motel room where he and Fabienne are hiding out, they barely mention the fight before proceeding to spend the next two or three minutes discussing Fabienne’s desire to have a pot belly because she thinks pot bellies are sexy. For years, I thought this whole scene was stupid, but then a friend pointed out what should’ve been obvious from the beginning: Fabienne doesn’t want a pot belly. She wants a baby (or is perhaps already pregnant), and she knows that her hyper-violent boyfriend is so entirely devoid of paternal instincts that she has to ease him into it by subtly convincing him he’ll still find her attractive during pregnancy.

Butch is certainly unfit to be a father. He’s been conditioned by three generations of male ancestors to see the world through a paradigm of conflict that places Fabienne in danger from the adversaries his recklessness attracts and from Butch himself. Even his attempts to flirt with Fabienne end up sounding threatening. “If you had a pot belly,” Butch says with a chuckle, “I would punch you in it.” When Butch learns that Fabienne forgot his gold watch at their apartment, he screams at her and throws the TV across the room before storming off in search of the watch.

This rash decision results in both Butch and Marcellus falling into the hands of a pair of a sadistic rapists. Butch manages to escape. He is on the cusp of leaving Marcellus to his fate when he has a sudden change of heart. Tied up in the sex dungeon, Butch seems to make an intuitive connection between his father hiding the watch in his anus and the rapists’ violent penetration of Marcellus. He realizes that the constant pursuit of conflict leads inevitably to a world defined by interactions between men that, while they may take the form of domination or of camaraderie, can never produce children or lead to peace. It’s no coincidence that the driving force behind Butch’s storyline is a watch. Butch feels trapped within time, bound to his family legacy and closed off from hope and redemption. There is only conflict, death, and the perpetuation of that cycle in his male offspring, even if Butch (like his father and grandfather) doesn’t live to raise them. The world of Butch and his forefathers is a world with no future.

In short, Butch suddenly understands that he is a representative of what feminists label “toxic masculinity.” The difference is that Butch doesn’t react by renouncing masculinity and declaring himself a pacifist. Instead, he embraces a redemptive brand of masculinity and immediately takes up arms to defend his worst enemy. In an act of pure mercy, Butch grabs a katana sword from the pawn shop upstairs and returns to the basement dungeon, rescuing Marcellus from the men who violated him.

A man who wishes to love a woman and raise a child cannot fight because he enjoys it or feels bound to it. He can only fight to defend his family and others from those still perpetuating the cycle of senseless violence. By rescuing Marcellus, who had once sworn to hunt Butch “to the ends of the earth,” Butch uses his skills as a warrior to make peace. Marcellus gratefully allows Butch and Fabienne to leave Los Angeles and live out their lives without fear of pursuit.

For most feminists, a man’s roles as father, protector, and provider are key to his status as an oppressor, but for Tarantino, those are the exact qualities needed to escape from “toxic masculinity.” It is only by choosing reproduction over perpetual war that Butch is able at last to find peace and, hopefully, pass it on to his son.